Lewis Hamilton wins the Mexican Grand Prix but not the world championship... yet

The Mexican Grand Prix started off as a fiesta, but nearly turned into a siesta.

It was a race dominated by the differing strategies that we saw up and down the field with teams choosing either a one-stop or a two-stop strategy depending on which tyre they started with and what their tyre management was like.

There was some great wheel-to-wheel action at the start, though. Lewis Hamilton, starting third, was squeezed by Sebastian Vettel, in front of him in second, with the Brit nearly going onto the grass. Hamilton was not so lucky to avoid contact with Max Verstappen into Turn 2.

Both drivers were sliding about, trying to avoid each other, but in doing so ended up making contact.

Verstappen was supposed to start on pole but was penalised for not slowing under yellow flags so started fourth. Then, after running across the grass at Turn 2 due to the contact with Hamilton, he was running eighth.

As Verstappen made a phenomenal diving move up the inside of Valtteri Bottas into Turn 13 for seventh, I thought that we were going to see a typical Verstappen fightback, like we saw in Austria. Alas, it was not to be as the Dutchman just clipped Bottas’ front wing with his rear right tyre, picking up a puncture as he did so. He was now last.

Verstappen was promoted to second-to-last after Lando Norris had a dreadful pit stop. The team were slow getting the front left tyre off and didn’t manage to get the new tyre on before Norris was released. He just stopped within the pit lane boundaries and so was able to be pushed back up the pitlane to allow the team to put the front left on correctly.

After trundling around for 35 laps or so, two laps behind the leaders, McLaren later retired Norris.

Alexander Albon was the first of the front-runners to pit, with Charles Leclerc pitting a lap later. Both went onto another set of the medium compound tyre, committing them to the two-stop strategy.

Vettel was left out by Ferrari as they thought that Mercedes would be putting Hamilton on a one-stop strategy. Hamilton actually pitted quite early to go onto the hard compound for the rest of the race on Lap 24. Vettel didn’t pit until Lap 38, despite his Ferrari “understeering like a cross-channel ferry”, in the words of Sky Sports F1 commentator Martin Brundle.

Once Bottas and Leclerc had made their second pit stop, that was it in terms of position changes. Leclerc had lost time in his pit stop because there was a problem getting the right rear tyre on so he was running in fourth. Bottas, meanwhile, was in third, and catching up well to Hamilton and Vettel.

Leclerc was also coming back, running a second a lap quicker than Bottas for a few laps in clean air.

Everyone has having a wonderful time in clean air with Leclerc setting the fastest lap of the race. However, once anybody got close to another driver, they began to get affected by the dirty air of the slipstream, which was both a help and a hindrance. Temperatures began to get critical and drivers had to back off after running in the slipstream for a few laps.

Therefore, the positions didn’t change. Lewis Hamilton won, with Vettel in second, Bottas third, Leclerc fourth, Albon fifth and Verstappen sixth, having recovered from being last after his puncture. 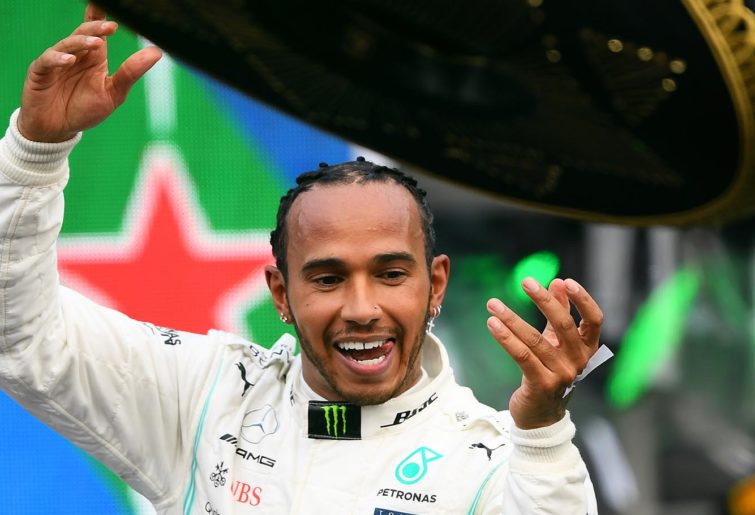 Hamilton didn’t win the championship in Mexico City as Bottas was still 74 points behind. He needed a lead of 78 points in order to claim the title. Hamilton doesn’t care about this one bit because he knows the job is going to get done at some point.

In the midfield battle, Sergio Perez won best of the rest in front of his home crowd despite Daniel Ricciardo’s best efforts to spoil the party. His best chance came on Lap 61 but he locked up as he tried to make a move on Perez on the inside into Turn 1. Perez was seventh and Ricciardo was eighth, a good performance from the Australian having started 13th on the hard compound tyres.

After the race, the crowd at the Fero Sol stadium were treated to a fantastic DJ set from Tiësto (my second favourite Dutch DJ after Martin Garrix), an example of how Formula One is now more than just Formula One. It is an event with plenty to see and do in the paddock from Thursday right the way through to Sunday.

F1 is now beginning to associate itself with music, with concerts on grand prix weekends and Spotify playlists updated every week. If you enjoy indie rock and EDM like I do, it’ll be right up your street.

It all makes the fan experience far better. Long may it continue.

Now, you’ll need to pack your Stetson as we’re off to Austin, Texas for next weekend’s United States Grand Prix. Lewis Hamilton needs to score four points to clinch the title in front of one of his favourite crowds of the season.