Can the Cup master turn the Dettori dream into reality?

He has won Australia’s great race as an owner on seven occasions, including three of the last seven years. In fact, these days it seems all his vast knowledge and finances are directed almost entirely towards the goal of winning more Melbourne Cups.

Williams has a great racing mind and is very much a hands-on owner, more so than probably any other owner in the world. At times this has brought him into conflict with overzealous racing officials.

He is an astute student of breeding and he has the resources at his disposal but he has become a prolific buyer of English and Irish-bred thoroughbreds both unraced and raced. If they race in Ireland or Britain before coming here, it’s perhaps to meet the qualification clause of the Cup. Sure, the Irish St Leger or the Ascot Gold Cup might be nice but all his endeavours are geared to winning the Melbourne Cup.

One of the byproducts of Lloyd Williams’ European spend is that when he realises his horses can’t win him the Cup, he sells them to other owners and trainers. Many go on to very successful careers winning country cups. 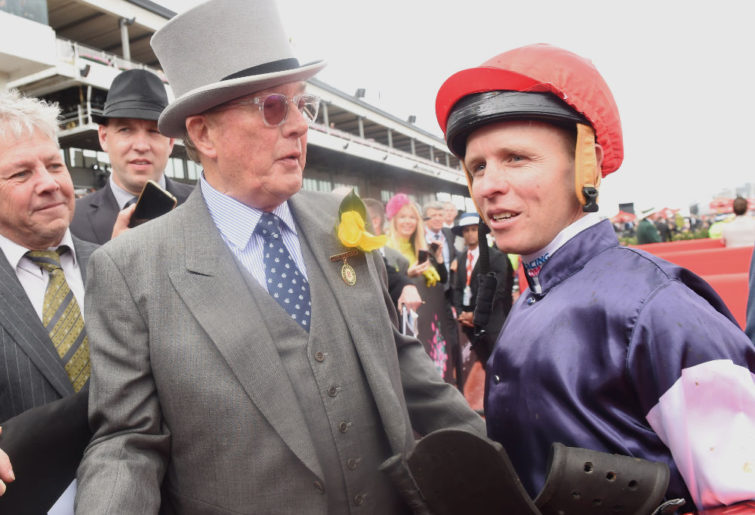 Frankie Dettori is a master of the saddle. He has just notched up his 250th Group 1 win. At the age of 48 he is currently ranked the world’s best jockey by Longines International ratings and has ridden a staggering 25 Group 1s this year, plus 11 in the month of July alone!

He has won every great race in the world but one: the Melbourne Cup.

He has ridden some of the greatest thoroughbreds ever to race but none good enough to salute on the first Tuesday in November.

I first encountered Frankie Dettori in 1992. A friend of mine and I had undertaken a tour of the big races of Europe. The Derby, Royal Ascot, Irish Derby and the Prix Du Jockey Club (French Derby) were among the meetings we attended. At the time I was a VRC member and had a letter of introduction that gained us members privileges at every course we visited.

Chantilly was slightly different. It’s the most beautiful of racetracks, not far from the lavish Palace of Versailles. It’s surrounded by beautiful forests and castles.

The stables and stands at Chantilly were similarly designed, but there was no members section as such. Somehow we gained entry into an area where journalists, jockeys, trainers and stewards roamed among us.

There are no bookies in France so we bet on the local version of the tote. I have no idea why, but somehow I backed a horse called Polytain at $29. Polytain won. Ridden by Frankie Dettori. Steve also backed it and as we prepared to celebrate with the connections, a stewards’ inquiry was lodged.

We happened to be in the official area as the parties filed past us into the hearing. When the objection was subsequently dismissed, Frankie exited the hearing room to two drunk Aussies ruffling his hair and kissing him. Not sure to this day what he thought of that.

On September 28, 1996, at the Festival of British Racing meeting at Ascot, he etched his name not just in thoroughbred racing history but world sports history by riding the entire card of seven races.

Frankie Dettori was lead rider for the huge Godolphin operation for 18 years, riding some legendary horses including the staggering Dubai Millenium. Dubai Millenium was his favourite horse until recently when Enable has taken that mantle.

On December 5, 2012, he was found guilty of riding with a prohibited substance and was suspended for six months. He stooped as low as appearing on the British version of Celebrity Big Brother. His career looked finished. On his return he found that a lot of trainers refused to use him.

It was a couple of legendary British trainers that came to his aid. John Gosden and Sir Michael Stoute are legends of the turf themselves. He began to limit himself to feature and group races and has become associated with some of the most recent stars of the turf such as Cracksman and Enable. Dettori has regained the ranking of the world’s greatest jockey in the official Longines rankings.

He still has his trademark dismount. He still has that infectious and outgoing personality. He still has the following all over the world like no other jockey before him, including Lester Piggott. He has ridden six Arc winners.

This year on the second day of the Royal Ascot meeting he rode the first four winners and was pipped on the line for the fifth. Yet despite being a frequent visitor to these shores, firstly as the stable jockey for Godolphin, he has never won the Melbourne Cup.

He has run second twice. In 1999 he was on Central Park, which was to be a pacemaker for the favoured Godolphin runner that broke down, and was scratched. He was second in the famous Michelle Payne/Prince of Penzance Melbourne Cup on Max Dynamite.

Dettori has over the years struck up a great friendship with Lloyd Williams and although he doesn’t usually ride for any of the O’Brien operation, Williams obviously pulled rank and insisted on Dettori taking the Master of Reality mount very early on.

He made a similar call two years ago with Corey Brown on Rekindling so Dettori will be hoping for the same result.

Can this be the time that justice is done?

Will the resume of the greatest jockey of thoroughbred racing history be complete with the Melbourne Cup? 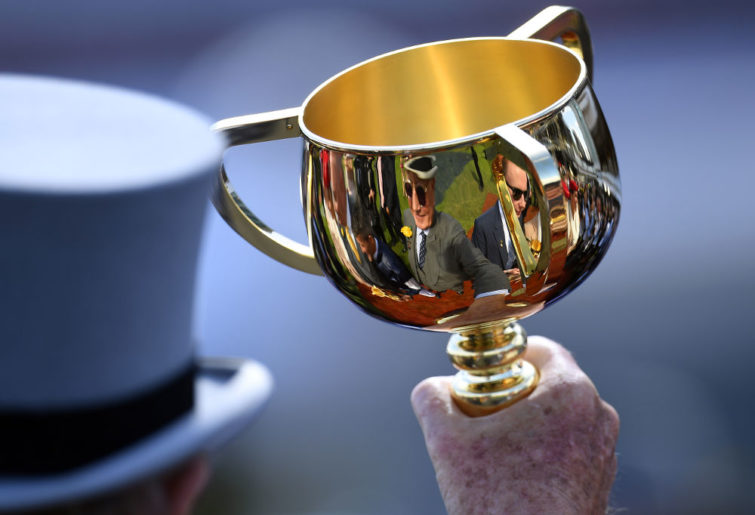 There will be many Australians hoping not. Call it tall poppy syndrome or some misplaced national pride, but the ‘I told you so’ brigade are gathering as he warms up for the Cup by riding in the Breeders Cup meeting this weekend at Santa Anita in the US.

Then there will be those like me. Someone who loves the history of thoroughbred racing. Someone who prefers the slow build and intrigue of the Melbourne Cup to the brash, flash, nightclub disco lights that is the Everest.

Someone who loves watching the British and Irish racing season to try and spot this year’s Cup winner. And yes, I am talking through my pocket. To watch Dettori swing on the back of a beautiful thoroughbred as they turn the corner into the straight at any one of the world’s great racecourses is to feel like you’re privileged to be alive at the same time.

His one Group 1 win in Australia was on Spinning Hill for the late, great Guy Walter in a Moir Stakes on Cox Plate Day. I still remember the joy I felt seeing Frankie wind up the mare on the camber that leads to the short Valley straight.

On the second day at Royal Ascot this year when it looked like there was a chance the Magnificent Seven could be repeated, there was an excitement that few bring to sport – whatever sport. Only those whose talent is matched by their personality and humility truly bring this to sport.

Frankie Dettori is one of them, and if we see that trademark dismount in the Mounting Yard at Flemington on Tuesday, racing – which has suffered some serious and well deserved black eyes recently – will truly be the winner.