The A-League should consider renaming itself the Z-League if that’s what it takes for Perth Glory to sign Swedish star Zlatan Ibrahimovic for a six-game guest stint.

Let me stop you before you get started. I’ve heard all the critiques a thousand times before.

That these sugar hits never last. That it messes with the integrity of the league.

I even saw a few fans voice fears that Zlatan might badmouth the A-League.

To which I say: so what?

Perth Glory attracted a crowd of 9,829 fans to HBF Park for their first home game of the season on the back of a grand final appearance last May.

Were the stands half-full because Tony Popovic assembled his squad in an orderly fashion, or half-empty because there were no genuinely big names to see?

It feels like a uniquely Australian reaction to criticise the pursuit of one of the biggest names in world football before it has even started.

Why are we always so negative? The Americans certainly aren’t.

Say what you will about the quality of Major League Soccer, but North American clubs sign the sort of foreign players A-League fans can only dream of. 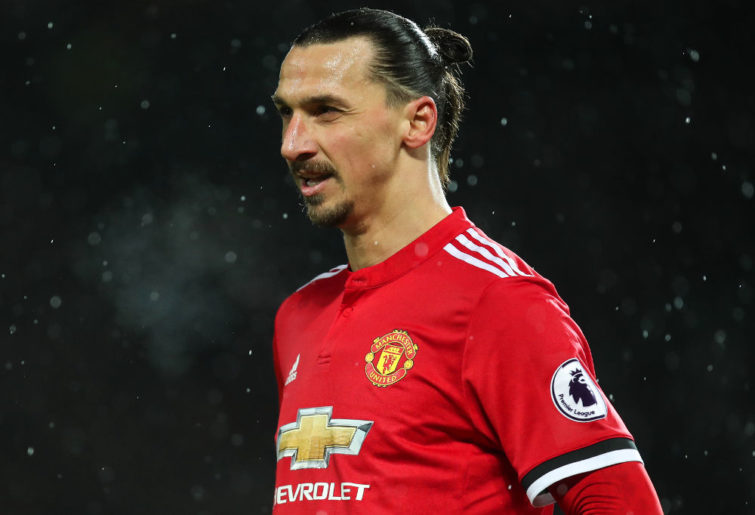 And those who believe Ibrahimovic has zero connection to Australia should think again.

We already know his links to Ola Toivonen. The pair played together for Sweden and Toivonen was once represented by Ibrahimovic’s agent, Mino Raiola.

But there’s more to it than that.

Ibrahimovic just scored 31 goals in 31 games and laid on eight assists for LA Galaxy in one of the most dominant individual seasons ever seen in MLS history.

And one of the strength and conditioning coaches he worked with on a day-to-day basis was none other than Adam Waterson, who was part of the backroom staff when the Western Sydney Wanderers won the AFC Champions League.

Then there’s Robbie Thomson. When Zlatan was scoring goals for fun in the French league, the former Fox Sports commentator was acting as an in-house commentator and translator for Paris Saint-Germain. He still does.

Both Waterson and Thomson worked with Ibrahimovic on a daily basis, and while they may not have extolled the virtues of the A-League with such regularity, it’s hardly accurate to suggest the striker would never have given any thought to Australia before.

Some online critics seem to think Perth itself is reason enough for Ibrahimovic never to set foot down under, yet he grew up in a tough neighbourhood in Malmö and still visits his Swedish hometown regularly.

And the way to appeal to a player like Ibrahimovic is not with money, but by proposing a new adventure in a place he’s never conquered before.

That’s exactly what Perth can offer. I heard from someone involved in the negotiations yesterday that their interest is very much genuine.

Is it a problem that Ibrahimovic might only stay for six games before potentially joining a club in Europe in the January transfer window?

Not for me, although it may well be for FIFA.

But if you don’t ask the question, you’ll never know the answer and Tony Pignata deserves praise for putting Perth Glory front and centre of the media cycle.

You know how Glory just signed a major sponsorship deal with BHP? It’s because of stories like this.

And even if Zlatan simply laughs off the approach, or Glory can’t agree to terms, or FIFA slams the brakes on the whole thing, what’s the harm?

Because those who worry about Ibrahimovic’s astronomical ego, or how his signing might disadvantage rival teams, should be more worried about the A-League’s near-terminal decline.

We need something – or someone – to supercharge the A-League and help pack out a few stadiums again.