South Africa have won the 2019 Rugby World Cup in fantastic style 32-12 over England.

It was an incredible game where the Springboks used their biggest strengths to choke the English bit by bit over 80 minutes.

The first half was a demonstration of South African set piece dominance. They kept their game plan very simple using the boots of Faf de Klerk and Handre Pollard a lot to pin England back and create plenty of contestable kicks.

But what really caused England problems was the scrum. South Africa picked up three penalties from the scrum and Pollard slotted four penalties during the first half to build up the 12-6 advantage. 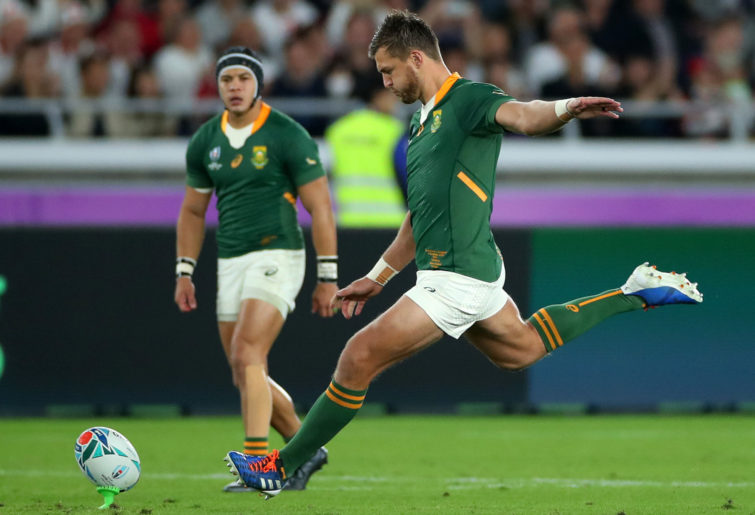 In the opening exchanges England seemed to struggle to find the rhythm and accuracy of their previous games.

Handling errors crept in and the calm of the semi-final wasn’t there on the biggest stage.

Poor passing, dropped balls and a few bad choices made things harder for the English and the Boks just kept pounding and kicking away.

It was a first half of injuries as well for both sides as England lost prop Kyle Sinckler in the opening minutes, knocked out by friendly fire, and South Africa lost both Lood de Jager and Mbongeni Mbonambi.

As the first half went on the Boks kept kicking and the English struggled to get on the front foot.

They couldn’t pin the South Africans back with their kicking, nor could they find a way through an incredible green wall of defence.

England eventually found a way back in and had over 25 phases of possession inside the Boks’ 22. They couldn’t get the try, but it could have been a real shift in the match.

However, England’s inaccuracy haunted them again – at the restart Tom Curry knocked on and the Boks could immediately put the pressure back on them.

At half time the gap was six points and there was a way back for England for sure, but they had to sort out the set piece and find a way to get around the Boks defence.

They fought valiantly and up until the 66th minute it was still just a six-point game.

But then things changed. South Africa struck with a lovely counter attack down their left wing where Makazole Mapimpi showed his class first with a little chip kick and then with the support to take Lukhanyo Am’s return pass and score the first try of the match.

From this point onwards the game just kept slipping away from England and when Cheslin Kolbe got his hands on the ball in some space in the 74th minute he sidestepped Owen Farrell and then sprinted away from the covering defence to score the nail-in-the-coffin try for South Africa. 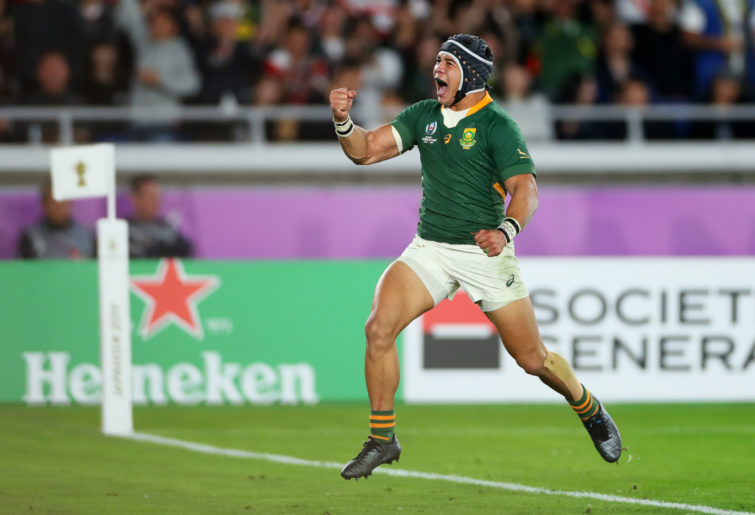 Ahead of the game there was plenty of talk about how South Africa could win this and while their game plan didn’t surprise anyone, their ability to execute perfectly was impressive.

Faf really sharpened up his kicking and the chasers always worked hard. The pack though was the difference – the loose and the set piece the Boks were impossible to stop.

The scrum dominance gave the Boks chances to score points, but more than that, their forwards bullied England all day long and the English could never get on top.

Did England play their best game last week? In truth, he Boks did to England what England had done to the All Blacks in the semis.

They never let them play the game they wanted to play and England couldn’t find away out from under the Boks pressure. That’s not England playing badly – it’s the pressure that South Africa put on them.

South Africa become the first team to win the World Cup having lost a game in the tournament, and they did it by sticking to a game plan that worked and executed it perfectly when it mattered.

It’s easy to start getting carried away with the importance of this match but there is something very special about seeing Siya Kolisi lift the World Cup for South Africa.

Their game plan might not have been as exciting as other teams but they are the ones holding the Webb Ellis trophy high above their heads, and you cannot argue with that.