The heavy focus on how poorly the tourists competed in this series should not distract from a clinical display by Australia.

They were precise and disciplined with the ball and bossed the Sri Lankan bowlers with the blade. So frugal were the Aussies that of the six bowlers they used, their most expensive bowler went at just 6.58 runs per over, despite each of the three pitches being good for batting.

Across the whole series, Australia conceded just 5.81 runs per over, a remarkably low figure. The Sri Lankan bowlers, by comparison, bled 9.63 runs per over.

There was not a weak link in the Aussie attack over the series. Big-name quicks Mitchell Starc (four wickets at 12, economy rate 6.25) and Pat Cummins (six wickets at 13, economy 6.58) made the most of the bouncy tracks, as did Billy Stanlake in his single appearance (2-23 from four overs).

Meanwhile, unfashionable seamer Kane Richardson may have taken just two wickets from three matches, but he built great pressure as he conceded just 5.72 runs per over.

Even more economical was Australia’s spin pair Adam Zampa (five wickets at 13), and Ashton Agar (three wickets at 21) who both went at only 5.33 runs per over. Backed up by some sharp fielding, the Aussie attack was consistently excellent from game one to three. 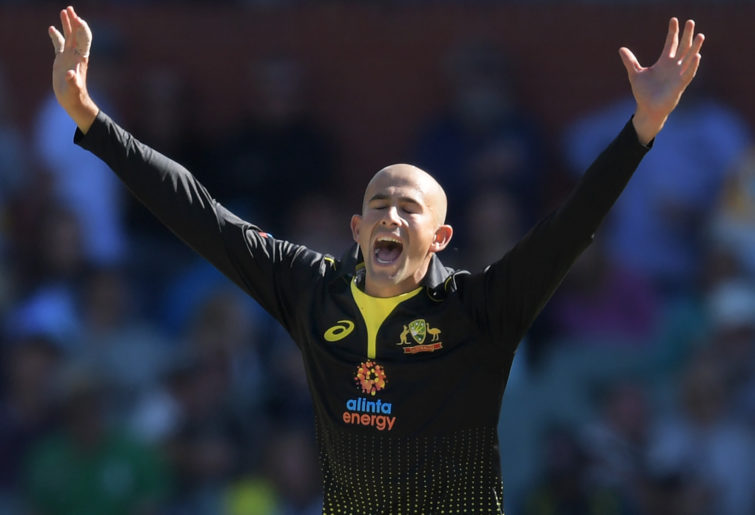 Granted, this Sri Lankan T20I batting line-up is one of the weakest in world cricket. But this series should be a fine tune-up for the Aussie bowlers ahead of the big task of tackling the world’s number one ranked T20I side, Pakistan.

That three-match series starts tomorrow at the SCG. Australia will enter that series with a top order in good nick and a middle order that is vulnerable.

The absence of T20 gun Glenn Maxwell – Australia’s best batsman over the past two years – will greatly weaken their line-up.

Turner last night played a sprightly innings of 22* from 15 balls to help guide Australia to a seven-wicket win with 14 balls remaining. McDermott was dismissed earlier for five from an LBW that never looked out and was shown on replay to be missing the stumps.

The Sri Lanka total of 6-142 always appeared at least 30 runs shy of a par score on a good batting deck at the MCG. When Australia cruised to 0-69 inside nine overs the tourists looked flat. Skipper Aaron Finch belted three sixes in his 37 from 25 balls while David Warner (57* from 50 balls) was more sedate at the other end.

Although he still doesn’t look quite in peak form, Warner was rock solid throughout this series. He made 217 runs without being dismissed and looms as Australia’s key batsman against a quality Pakistan attack.

Number three Steve Smith missed out last night but played two cracking shots in his 13 from nine balls and appears to be in sensational form.

Warner, Finch and Smith will carry a heavy responsibility against Pakistan given the unproven nature of the middle order.

But Australia could not have asked for a better start to their summer against Sri Lanka. It was a composed and at times brutal dissection of a mismatched opponent.