The second NBL Throwdown between the South East Melbourne Phoenix and Melbourne United is upon us.

And there is a lot on the line as Melbourne United have only won one game for the season and South East Melbourne Phoenix are off to a flying start with 4-1 record. They have the bragging rights after their first encounter with Melbourne United winning the first Throwdown between the two.

US-raised but Australian-born Kendall Stephens has played a pivotal role in the Phoenix’s great start in their inaugural NBL season, averaging 13.1 points a game and more than 50 per cent from the three-point line. I had the pleasure of chatting to the Phoenix guard ahead of the big rivalry clash. 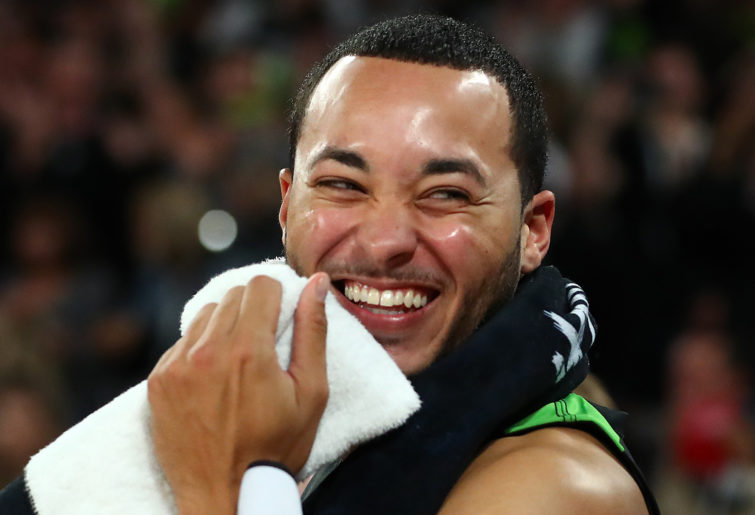 How has the relocation from the USA to Australia been?
So far Australia has been a great transition for me. My teammates have really helped me with the adjustment, it’s been a blessing so far.

How is your body and what were you working on during the pre-season to prepare for the NBL season?
I’ve been working on building a stronger base. I had a hip injury before the season that I’ve been trying to get through and just building my muscles so that I don’t have any sides that are weaker than the other which will help me in the later parts of the season.

What role are you expecting to play for South East Melbourne this NBL season?
I expect myself to contribute to whatever the team needs, whether that is being a scorer, being a leader or a team guy. I’m going to do that because that’s the bigger picture and that’s the reason why I’m here, to compete.

Do you think that South East Melbourne Phoenix can compete and fight for a play-offs spot, and if so, why?
Yes, I do think we can compete for a play-offs spot. I think we have the pieces – it’s just the matter of building that experience, that chemistry and going on producing. I think that we have the right type of players and the players with the right mindsets to be successful. It’s going to be tough being our first year together but I think we have the guys to do it.

How are you going to play this season?
I’m just going to play aggressive. The coach wants me to always be aggressive, unselfish, be a team player and do whatever it takes to win. I have the right mindset and with the coaches believing in me I think it’s going to be a fun year.

Do you see yourself staying in Australia, the NBL and South East Melbourne Phoenix beyond this season?
I can definitely see myself staying in Australia. I think it’s a beautiful country. My parents loved it here. They lived in Australia for about three years and had nothing but nice things to say about this place. So far my experience has been great and if everything adds up and stacks up right I could definitely see myself having a career here.

The Throwdown 2 between the South East Melbourne Phoenix and Melbourne United takes place on Saturday afternoon at 5.30pm AEDT at Melbourne Arena.