The history of the Rugby World Cup final venues

Since the inaugural competition in 1987, the final of the Rugby World Cup has been a rather insular event, hosted by just the elite nations of the game – but that is about to change.

Today, the International Stadium Yokohama will host the first Rugby World Cup final to be played in Asia.

The venue becomes just the seventh stadium to host the final in the competition’s 32-year history, and these are the incredible stadiums that it will be remembered alongside.

1987 and 2011: Eden Park, Auckland, New Zealand
The largest sports stadium in New Zealand has always had a strong sporting heritage. In 2011, Eden Park became the first venue to host two Rugby World Cup finals after also being the inaugural host in 1987.

The venue is known for its tough atmosphere for visiting teams. Eden Park is the home of the All Blacks, who have not lost at the venue since 1994, and have only been defeated ten times in close to 100 years. This dominance looks set to continue as New Zealand retained the Bledisloe Cup for a 17th straight year after they defeated Australia 36-0 in August 2019.

1991 and 2015: Twickenham, London, England
Built in 1907 and still owned by the RFU, Twickenham is the largest dedicated rugby union stadium in the world with a capacity of 82,000, and is second only to Wembley Stadium in the UK for multi-purpose sports stadiums.

The stadium has a long relationship with the Rugby World Cup. Not only was it the venue for the 1991 and 2015 finals when England hosted, it was also used for England’s matches and a semi-final of the 1999 competition, which was officially hosted by Wales.

1995: Ellis Park, Johannesburg, South Africa
Ellis Park first opened its doors in 1928 and has been internationally synonymous with rugby ever since. The only time that rugby has not been played at the venue was during the upgrade to the stadium, which was completed in 1982 and increased the capacity to almost 60,000. Hosting seven games in the 2010 FIFA World Cup prompted the stadium’s most recent renovation, bringing the current capacity to 62,000.

Ellis Park was the obvious choice to host the 1995 Rugby World Cup final, which saw South Africa win the tournament for the first time and become the only hosts other than New Zealand to win the World Cup in their home tournament. 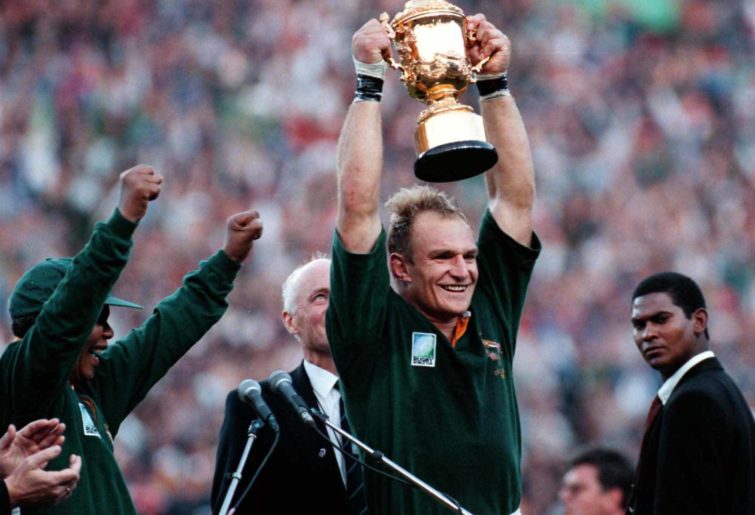 1999: Millennium Stadium, Cardiff, Wales
Built as a cutting-edge, multi-purpose venue, Cardiff’s Millennium Stadium has hosted games in two Rugby World Cups, including the 1999 final and a quarter-final in 2007.

The stadium’s modern style was underlined by the technology included in its construction. It was the first stadium in the UK to have a fully retractable roof. During Wembley Stadium’s rebuild, the Millennium Stadium hosted six FA Cup finals, with the 2003 final between Arsenal and Southampton being the first in history to be played under a closed roof.

While the stadium’s position as a world-class facility is not in doubt, almost every major event hosted there is trailed by discussions about the advantage of playing with the roof open or closed – be it weather-based concerns, or how a closed roof can enhance the hostile atmosphere for visitors.

2003: Stadium Australia, Sydney, Australia
Stadium Australia was built for the 2000 Sydney Olympics and was designed to hold 110,000 people. Following the Olympics, the stadium underwent major work to make it more versatile and to allow the option of both oval and rectangular-shaped playing surfaces.

Moveable seating and new roofs enabled cricket to be played at the venue, which saw the capacity fall to around 84,000 by the time it hosted the 2003 Rugby World Cup. Since it first opened, the stadium’s versatility has allowed it to host professional events in five sports – rugby league, rugby union, football, AFL and cricket. 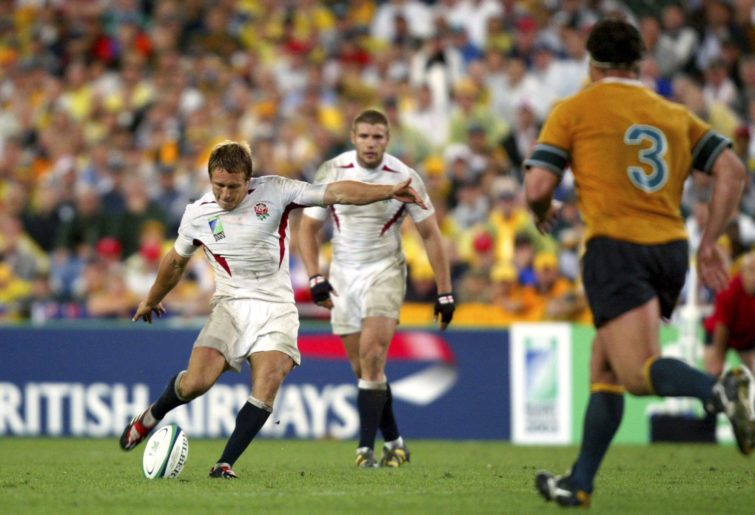 Despite these innovations, in 2017, it was announced that Stadium Australia would be demolished and replaced with a 75,000-seat rectangular stadium. Within six months the New South Wales Government reversed these plans and announced another round of extensive renovations.

2007: Stade de France, Paris, France
Built as the centrepiece for France’s 1998 FIFA World Cup, the Stade de France was designed to be spectacular, with 80,000 covered seats being just the start. As part of the innovation that went into the design, the stadium has a moveable 25,000-seat stand which can be retracted to reveal the athletics track around the pitch, making it the largest modular stadium in the world.

Perhaps the most heralded architectural achievement of the stadium’s construction is the roof, which has been mimicked in many stadiums since. Having no pillars and integrating the lighting and PA systems provides unobstructed views. Plus it was designed to ensure that every single spectator is protected from the elements, while leaving the playing surface open. In addition, the roof is designed to filter out harmful rays from the sun, while still allowing in those which benefit the playing surface.

While it was built for football, the stadium was the ideal location for the 2007 Rugby World Cup final, hosting seven matches in total during the competition. The stadium is now used by both France’s national football and rugby union teams, as well as hosting major domestic cup finals in both sports.

2019: International Stadium, Yokohama, Japan
The home of Japanese rugby, with games being played in the city as far back as the 1860s, Yokohama is the natural location for the 2019 Rugby World Cup final. The city is no stranger to hosting international sports, and with the largest capacity venue in Japan, the stage is set for an incredible event.

In 2008, the 72,327-seat International Stadium was the venue for the FIFA Club World Cup, and hosted its largest event to date in 2002 – the FIFA World Cup final between Germany and Brazil. Following the Rugby World Cup, the stadium’s attention will turn back to football for the 2020 Olympic Games.

As well as hosting the final and both semi-finals, the stadium hosted four games during pool stage of the 2019 Rugby World Cup, welcoming England, Ireland and Scotland in the first month of the competition.

The Western Force will make their return to top-level rugby in Australia after accepting an offer from Rugby Australia to play the domestic iteration of Super Rugby this year. 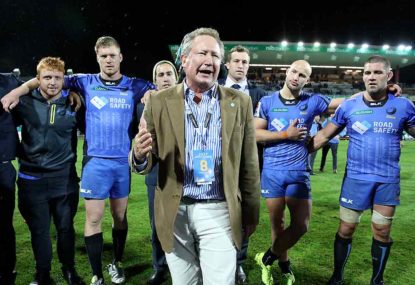 Former Rugby Football Union chief Francis Baron believes a ‘Coronavirus Cup of World Rugby’ next year could significantly ease the financial hardship facing the global game because of the pandemic.

Brad Thorn says he’s never had an argument with Izack Rodda, denying reports of a rift that apparently drove the Wallabies lock away from the Queensland Reds along with two teammates.

Club Roar presents the biggest, the most painful, the most jaw-dropping amateur footy hits of ALL TIME! 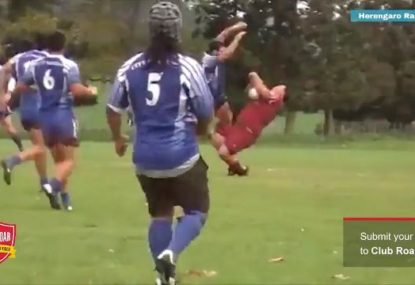