Now, that’s a pretty rough way to sum up the career of a man who played 12 games for his country as well as 20 for his state, being part of five shield-winning Queensland sides.

Add 200 games for his beloved Broncos and you’ve got a list of achievements of which he doubtlessly is tremendously proud.

But when you think of the all-time legends at a club, a premiership tends to be part of their folklore.

Sure, you’ve got your Nathan Hindmarsh types – who have absolutely cemented their placee in the club’s history even without winning the ultimate prize – but they’re few and far between.

Far more common are fellas who managed to hold aloft the Provan-Summons Trophy, even if it was only the once.

Think about it. What are the likes of Paul Gallen, Johnathan Thurston and Andrew Johns best remembered for? Three absolute titans of the game at any and every level, yet the top line on their career achievements are winning grand finals.

What’s more, according to Cameron Smith – who knows a thing or two about winning – grand final triumphs are the sweetest of all.

“When you finish a grand final and you’ve won it, that’s a more satisfying feeling than winning a three-game Origin series or a six-game World Cup tournament,” Smith said on the Matty Johns Podcast earlier this year.

As Smith explained, it’s the sheer amount of work required that makes the granny victory so sweet. Three brutal months of preseason, the grind of 26 regular rounds and four weeks of the finals.

“To be able to be on top at the end of that, that’s the most fulfilling feeling,” Smith said.

And it’s a feeling Gillet will never experience.

Again, I don’t mean to pile on to the bloke. The reason I’m bringing it up is that I suspect he’s the first player in Brisbane history to be regarded as a club great, yet to have never won a premiership.

Entering the comp in 1988, the Broncos’ early years were scary dominant, claiming their first title in ’92 and having sewn up six premiership trophies by 2006 for an average of a big dance win once every three years.

Yes, they had the advantage of being a one-state team and all the other qualifiers that go with talk of their early successes, but fact is they still won just, like, all the time.

It established them as the biggest and best club in the NRL, which is a title they could still argue to hold.

But it’s now been 13 years between drinks, which means there are teenagers in Brisbane who have no concept of just how good their club was.

And there are players who have been wonderful servants for the club who will finish their time in maroon and yellow without tasting grand final success.

As an illustration, take a look at the list of players to have featured in 200 or more games for the Broncos:

You could say all are club legends and only two – Alex Glenn and Andrew McCullough, who both first played first grade in ’09 – don’t have a premiership ring.

But the club’s list of ‘legends not champions’ is set to grow over the coming years unless the Broncos can sort out their issues. 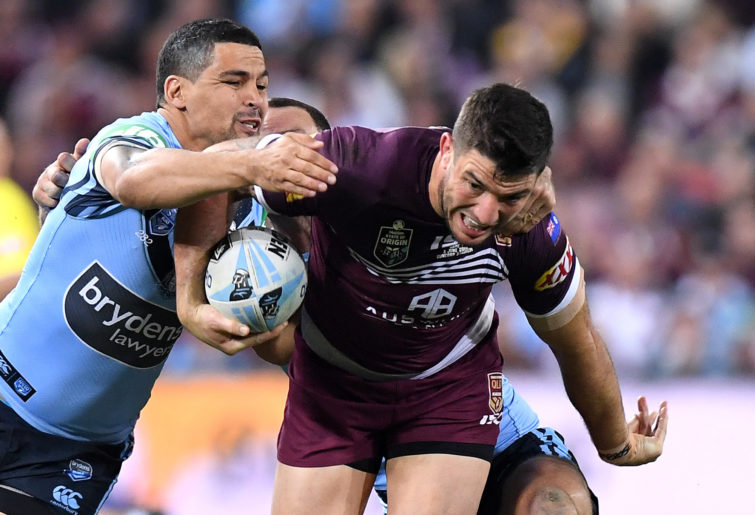 Off the field, they remain absolutely top shelf, as evidenced by the fact it seemed like their entire young forward pack was off-contract of late, yet pretty well all have signed on to stay in the Sunshine State capital (and David Fifita ain’t going anywhere).

But despite the organisation’s fabulous front office, they remain with a huge hole on the field – the lack of a halfback.

And maybe the issues run deeper than that because they’ve had some handy No.7s since 2006 but couldn’t get it all together.

Regardless, Matt Gillett appears to be the start of what will be a growing trend – great Broncos who didn’t win a premiership.

And a club that demands success the way Brisbane do will be pissed off about that.