The former Adelaide, Sydney and Collingwood player had been calling for the National Indigenous Radio Service for the previous two years before receiving an opportunity at the top.

A lot of hard work, determination and some seriously good talent saw Armstrong join the Triple M commentary team for the Richmond vs West Coast blockbuster at the MCG. It was a humbling moment for Armstrong, who was excited by the opportunity.

“To be the first Aboriginal caller on commercial radio is something I’m really proud of,” he said on Triple M in August.

“I’m a big believer in seeing and hearing more black voices across mainstream media, at the moment there just aren’t enough.

“Being able to do something I’m so passionate about while representing my people and breaking a glass ceiling is an honour and not something I take for granted.”

It was a well deserved call-up and a big step forward for the AFL media – and Armstrong took the opportunity with both hands. His commentary was exciting and a breath of fresh air we needed.

Armstrong was much like fellow Indigenous figure Gilbert McAdam, who joined the Channel 7 AFL team in 2019, chiming in with special comments across the weekend.

Unlike Armstrong, McAdam was no newcomer to the AFL media landscape. He had been a presenter of NITV’s Marngrook Footy Show since its inception in 2007.

McAdam and co-host Grant Hansen, along with other presenters Leila Gurruwiwi, Shelley Ware and a string of guests, gave the Indigenous AFL community a dedicated platform and voice. Not only that, but they presented a fantastic footy show week in, week out that wowed audiences across the country.

So when the axe fell on Mangrook last week after 13 successful seasons, the cast and crew were devastated.

McAdam said he found out the show would be ending the day after its 2019 finale.

“I’m thinking: ‘Why?’, because this is a show that has been going for 13 years and it’s the No.1 rating show on NITV… and it’s probably flown the flag for those 13 years,” he told SEN’s Bob and Andy last week.

“The thing I loved about it is that it’s an Indigenous show, it’s all educational, so you don’t just get your footy aspect, you get the cultural aspect.

“From that angle, it was just a great show. Non-Indigenous people, they loved Marngrook… When people found out that it wasn’t going on, they were pretty shattered.”

McAdam’s disappointment was shared by Marngrook’s beloved audience, who are now working hard to keep the show on air.

Sadly @NITV – @SBS have decided NOT to continue with The Marngrook Footy Show after 10 successful years. Marngrook would appreciate your support by signing the petition. We thank everyone for the tremendous support and feedback. https://t.co/203cIGAREv

Clearly ratings weren’t the issue. McAdam mentioned that Mangrook was the No.1 rating show on NITV and has been the flagship program for the channel over a long period of time.

In its 13-year history, Mangrook has always provided quality content, guests and entertainment for a large and diverse audience. Its issues, whatever they may be, were buried from the public eye. From the outside, it appeared anything but a sinking ship.

This was unlike Channel 9’s Footy Show, which after 26 years and a number of revamps, finally came to an end in 2019.

The show was on a slow decline for a number of years, particularly after host Garry Lyon’s shock departure before the 2016 season.

It just wasn’t the same.

Not all fans were warming to his replacement Rebecca Maddern and the show reached such a low in 2018 that not even Eddie McGuire could save it.

For one host in particular, that jump proved fatal.

Along with the Marngrook Footy Show, Fox Sports presenter Neroli Meadows was axed from her network last week, following a decade covering AFL and cricket. 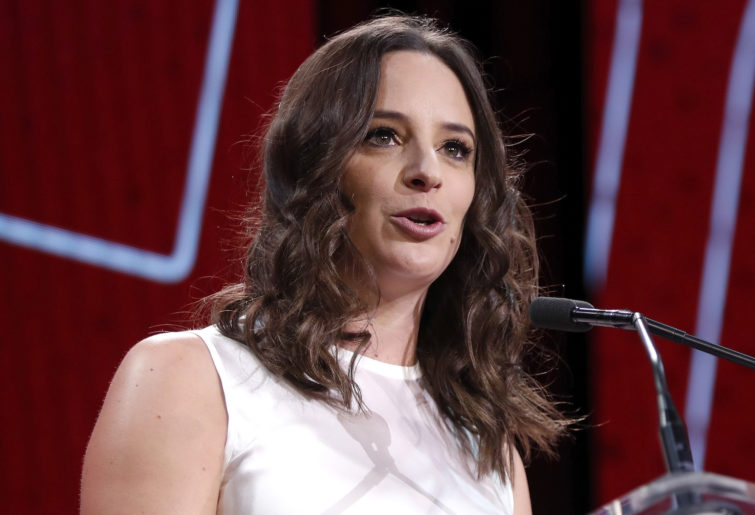 As reported by the Herald Sun last Monday, her decision to join the Footy Show team earlier this year – along with cost cuttings – led to her dismissal.

Funny that when Eddie McGuire returned to the show last year no one seemed to have an issue with it. Not enough to lead to a sacking, anyway.

Meadows and the Marngrook Footy Show may not be everyone’s cup of tea. And that’s totally okay. But they were all really good at their jobs and offered something different that we may or may not come across again.

Among all of her exceptional work, Meadows was best known for her one-on-one interviews with some of the games great characters. No matter their capabilities on the field, it was the stories they shared with her off-field that had the community talking.

Two of her most memorable interviews were with the Beams brothers (Dayne and Claye), who spoke candidly about the loss of their dad, and with Richmond and GWS legend Brett Deledio about his family heartbreak.

At times, Meadows was criticised for showing too much emotion during those interviews, but it was her raw reactions that brought the stories to life. Her pure emotion showed audiences that footballers are real people and their pain and stories of heartbreak were shared by us all.

As for Marngrook, that show was a voice for a number of different communities in the AFL landscape. Not only were they a leader in Indigenous representation, but also they were also a voice for people who may not be able to pay for TV and just wanted access to a good show about footy.

After a step forward in Armstrong’s commercial debut earlier this year, we have taken steps backwards this week.

Both Meadows and the Marngrook team felt heartbreak over the last few days. And hopefully they are not lost to our industry forever.

Because we just want to be exposed to people who are as passionate about footy as we are and want to do their best to bring us quality stories of our game.