We are just days removed from the Washington Nationals winning the World Series in the most well earned of fashions. Now, the WWE has hit a home run of their own – but unlike the Nats, they did so in the most ill-conceived, accidental and quite frankly undeserved way imaginable.

It all started with the continually questionable Crown Jewel event in Riyadh, Saudi Arabia.

While the bi-annual events in the middle eastern kingdom have become less of a shameless branch of propaganda since the brutal, brazen and abhorrent assassination of Washington Post columnist Jamal Khashoggi last year, it hasn’t stopped the WWE from happily bringing wrestlers out of retirement and putting on marquee matches for the multitude of money that I can only assume Crown Prince Mohammed Bin Salman has at his disposal.

But as much as I hate to say it, this year’s event was a definite improvement on previous showings. I must say – I was impressed.

As per usual, there were questionable booking decisions aplenty. Brock Lesnar destroying Cain Velasquez all but killed the already paltry excitement surrounding the Mexican MMA star, and further diminished Kofi Kingston’s run as champion as a result.

Braun Strowman losing to boxing superstar Tyson Fury further solidified his fall from potential main eventer in 2017 to muscled up side show act in the present day.

The company doubled down on ‘The Fiend’ Bray Wyatt as some sort of crimson bathed immortal from the netherworld as he defeated golden boy Seth Rollins and left the Universal Championship title picture as confusing as ever. 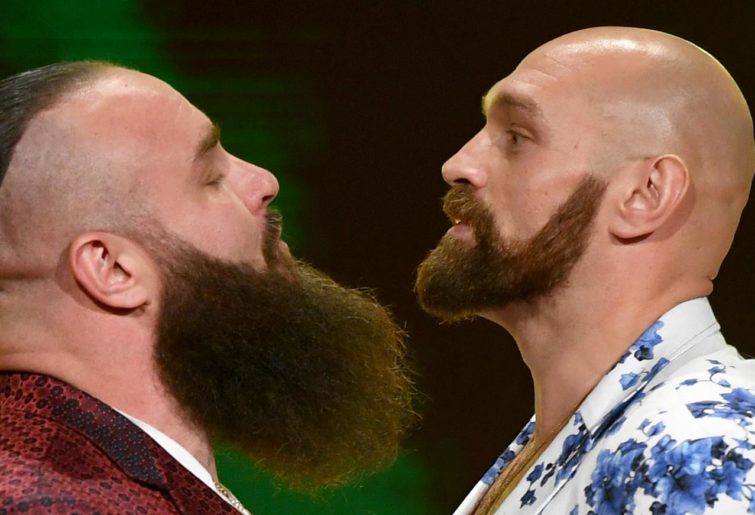 But for all the confounding decisions, there were bright spots.

Mansoor Al-Shehail proved himself as a good enough performer both in the ring and on the mic to have a genuine future in WWE and hopefully not as just a diplomatic pawn for management to wheel out at every Saudi show, and the Lacey Evans and Natalya Neidhart match was as significant as advertised.

While WWE will no doubt be in self-praise overdrive for enacting the first ever women’s bout in Saudi Arabia, the match itself was a tremendous spectacle as you could tell just what it meant to the women in attendance as well as the performers themselves.

Yes, both wrestlers were predictably more subdued than their western characters are usually and a few stray idiots threw plastic bottles at them when on the way to the ring, but those types of fans have been throwing things at wrestlers for years so I’m not as keen to paint a broad brush over an entire crowd for the actions of the few.

The show itself proved to be what WWE has been hoping we’d all believe about their public relations push into the middle east – that wrestling can be used as a conduit to change.

We can debate the legitimacy of this or whether a toned down, token women’s match was just the price the country had to pay to have any chance of public perception being more favourable going forward, but in the interim it ticked all the correct boxes.

But the biggest surprise came in the aftermath.

A 175-plus contingent of WWE superstars, production crew and employees were left stranded in Riyadh due to aircraft mechanical issues and as a result, much of what was advertised on the Friday Night Smackdown card was canned as performers were unable to make it back stateside in the ridiculously quick one-day turnaround.

However – in typical Mr Magoo fashion – WWE’s great misfortune ended up resulting in arguably their best Smackdown show in years. Forced to tape together a makeshift card – with minimal main roster talent available – they instead looked to their best brand in NXT to make the difference.

Beginning the charge toward Survivor Series, we were instead treated to the likes of Keith Lee, Matt Riddle, Tommaso Ciampia, Shayna Baszler, Australia’s own Rhea Ripley and one of the best television matches of the year between Adam Cole and Daniel Bryan for the NXT championship.

Placing an actual emphasis on young, talented in-ring performers that have organically built a fan-base through their own charisma and crowd connection makes for a more enjoyable product than relentlessly pushing milk-toast main eventers and part-time crossover stars.

Not even the debut episode of the Smackdown on FOX – with the likes of Becky Lynch, The Rock, Tyson Fury and Cain Velasquez – nor subsequent episodes with Hulk Hogan and Ric Flair could match the in-arena atmosphere that the NXT talent brought with them to the big stage. 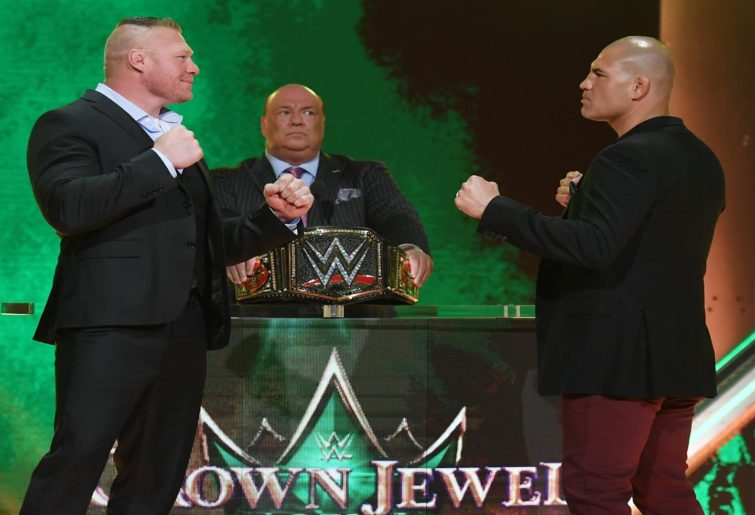 Whether we will look back at this episode of Smackdown as a flash-in-the-pan, band-aid solution in a short-term story-line remains to be seen, but I hope this is the start of a solution that drip feeds what is working on the black and gold brand over to the struggling Raw and Smackdown.

The NXT stars proved they are just as – if not more – over with fans than a good portion of the main roster, and that falls solely on the awful creative decisions that begin and end with Vince McMahon.

For the sake of wrestling, let’s pray this a sign of things to come but I’ve been too optimistic about too many things that have since capitulated into wretched wrestling refuse.

Until that’s proven to be the case, the WWE can sleep soundly knowing their finest moment of the year stemmed from a logistical disaster as a result of a pay-per-view paid for with blood money.

Bringing it back to the diamond – much like the Springfield Nuclear Power Plant did in The Simpsons episode ‘Homer at the Bat’, WWE “succeeded despite idiocy” and Vince McMahon pulled a Homer.