Tim Paine attracts a lot of criticism for his batting. We have long compared Australian Test wicketkeepers to Adam Gilchrist’s destructive Test record – an average of 47.6 with 17 centuries – but this comparison is unfair.

Gilchrist was a once-in-a-generation player who is regularly named among the best cricketers of all time.

But again, this is over-emphasised. Healy’s four tons came from 119 matches, Haddin’s four came from 66. Wade has four centuries in 27 matches, but two of these came as a specialist batsman in the 2019 Ashes.

Paine recently scored a resilient century in the Sheffield Shield at the WACA, and his Test record boasts some gritty knocks.

Usman Khawaja’s monumental century to secure a draw against Pakistan wouldn’t have been possible without Paine’s 61 from 194 balls in scorching hot UAE conditions. He ably supported Steve Smith at Old Trafford this year, scoring 58 in a 145-run partnership, eventually helping Australia win the match and retain the Ashes. In his first full match as captain following sandpaper-gate, Paine stood up – his first-innings 62 was the highest score for any Australian player in the match.

While he is currently the right man to lead the Australian Test team, he is 34 years old. Australia will need to start planning for its wicketkeeping future.

Luckily, we won’t need to look too far for the best candidate for the job. At 31 years old, Matthew Wade is three years and one month younger than Paine, and he just keeps getting better with age.

Choosing Wade for a consistent run as Australia’s Test wicketkeeper would be a solid move, because the man being groomed for the job – Alex Carey – is not ready.

He showed his class on the big stage in the 2019 World Cup, but his first-class batting average of 32.5 doesn’t quite live up to the hype. There are also glimpses of poor match awareness.

In his last Shield match, he walked in to bat at 4/37 and 4/78, with South Australia needing him to show maturity in a rebuilding effort. Both innings ended cheaply (14 and 20) with impatient shots. If Wade can take the job first, Carey will have the chance to improve his red-ball record. 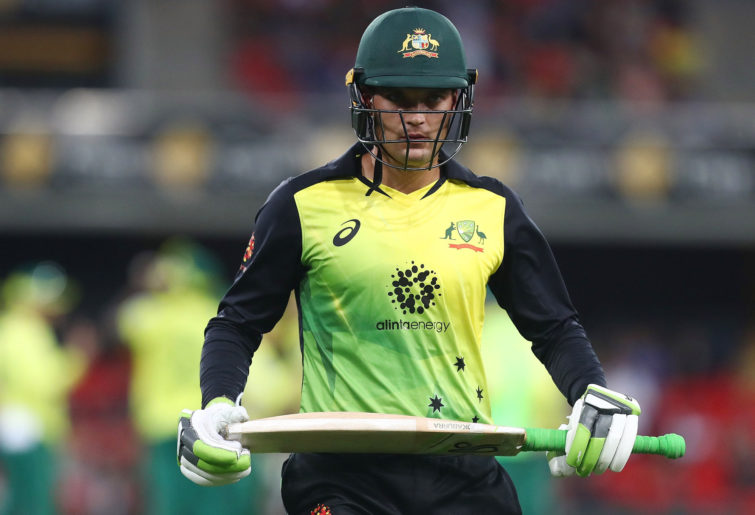 Could some other wicketkeeping candidates emerge? Peter Handscomb has taken the gloves in a Test match before, filling in for a sick Matthew Wade without putting a foot wrong. This shouldn’t be surprising due to his extensive experience keeping in the Sheffield Shield, the Big Bash, and white-ball cricket for Victoria, Durham and Yorkshire.

After bursting onto the Test scene in 2016 against South Africa at the Adelaide Oval, his vulnerability playing the swinging ball has lowered his batting currency, but at 28 years old he has plenty of years ahead of him. His Test average of 38.9 with two centuries has come from difficult series, including at home against South Africa, England and India, but also away to India and Bangladesh. His strength is against spin, playing deep in the crease but also with quick feet to get to the pitch of the ball.

Cameron Bancroft also has wicketkeeping experience for Western Australia and Durham. While he has a long road ahead to gain his place back as a Test opener, his first-class average of 38.7 with 14 centuries across Australian and English domestic cricket remains very strong.

Recent years have been tough on opening batsmen, but Bancroft has at least shown an ability to soak up balls at the top of the order – he faced an average of 40 balls per innings in this year’s Ashes. His domestic one-day average is surprisingly high at 42.6.

Could he reinvent himself as a destructive Test wicketkeeper-batsman, coming in at No.7 when the ball is older and the bowlers are more tired?

There are no guarantees in cricket, but Australia has options, and all roads don’t lead to Alex Carey.