The Roar
5th November, 2019
0
Join the conversation
Advertisement
Write for The Roar 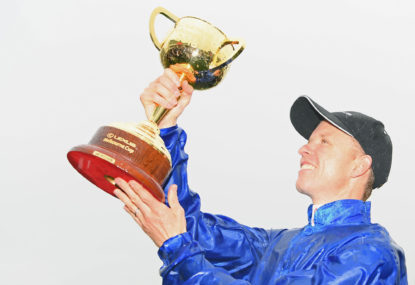 After a relatively tight opening, Sure Knee (no.7) started well out of barrier 13 and finished incredibly strongly in the last straight to eventually win by almost two lengths. Aliferous, coming from barrier five, edged out Extreme Pride in second place.

Sure Knee was widely regarded as the second-favourite coming in.

It was viewed as one of the tougher races to place on Melbourne Cup day, with narrow favourite One More Try failing to place, alongside other contenders Seewhatshebrings and Romani Girl.