By virtue of finishing as the top six teams, the Netherlands, Papua New Guinea, Ireland, Namibia, Scotland and Oman have ensured their presence at next year’s T20 World Cup to be played in Australia.

Here is a look at the best performers from the tournament in the form of a T20 World Cup Qualifier XI.

Paul Stirling (Ireland)
Stirling had a key role to play in Ireland’s third-place finish, as he topped the run charts with a tally of 291 runs at an average of 41.57 and a strike rate of 135.34. The swashbuckling opener set the tone with 62 from 36 balls against Hong Kong, enabling Ireland to chase down 154 comfortably, and followed it up with 72 in a losing cause against the UAE. He later added a third 50, scoring 58* against Jersey.

Jatinder Singh (Oman)
Had it not been for Jatinder, Oman would have possibly missed out on a T20 World Cup berth. He starred with an anchoring 67* in his team’s 12-run win in the do-or-die qualifying playoff against Hong Kong, improving the total from a dire 42/6 to 134/7. He also scored a dazzling 39-ball 68* while chasing against Canada, and finished as the third-highest run-getter of the tournament with 267 runs at 38.14.

Nitish Kumar (Canada)
Kumar is the only player in the XI belonging to a team that did not make the cut. He was the lynchpin of the Canadian line-up, logging 245 runs at 49.00 – Canada won every time he scored a 50. His 83 against Jersey came off a mere 36 balls, while he also scored 57* and 53 against Nigeria and Ireland respectively. His strike rate of 150.30 was the best among the 11 batsmen who scored more than 200 runs.

Assad Vala (Papua New Guinea, captain)
Vala led from the front, inspiring the Barramundis towards the final. He opened the innings through the tournament, and ended as his team’s highest run-getter with a total of 197 at 28.14. He was even more effective with his off spin, as he took ten wickets at 10.10, with a remarkable economy rate of 4.59 to boot. His best display was a haul of 3/7 against Kenya that helped Papua New Guinea defend 118. 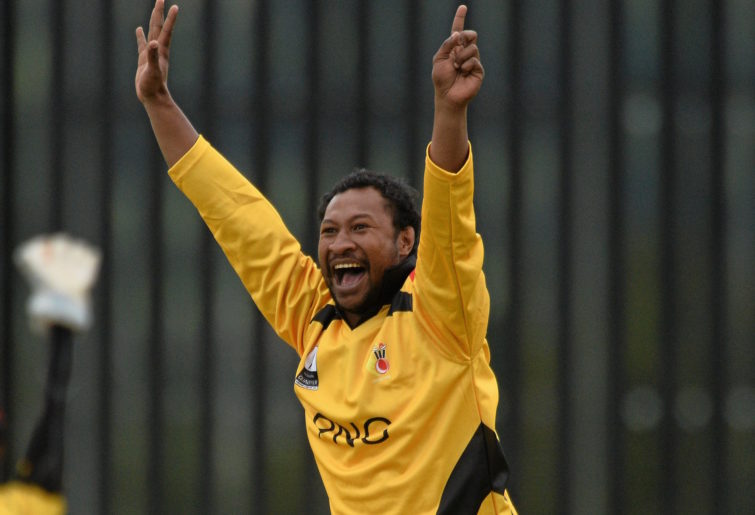 Gerhard Erasmus (Namibia)
Namibia bounced back after losing their first two matches, and captain Erasmus was instrumental in turning the tide. Named player of the tournament, he scored 268 runs – the second highest tally – at an average of 38.28 and a strike rate of 137.43. He scored 52* and 72 respectively in Namibia’s wins against Kenya and Singapore, and also snared 3/19 with his off-spin in the qualifying playoff against Oman.

Matthew Cross (Scotland, wicketkeeper)
Cross was as impressive with the bat as he was behind the wicket. His 189 runs were scored at an average of 47.25 and a strike rate of 134.04, with a highest of 61* that helped Scotland seal a challenging chase of 168 in the fifth-place playoff against Oman. Earlier, his 40* made an impact in Scotland’s four-run win over Papua New Guinea. On the wicketkeeping front, he notched seven catches and two stumpings.

Johannes Smit (Namibia)
Smit’s all-round abilities boosted the Eagles at key junctures. He tallied 190 runs at 27.14, with his strike rate being an exceptional 168.14. He also hit the most number of sixes (14), and his rollicking 59 in 25 balls was the game-changing performance in Namibia’s 54-run win against Oman in the qualifying playoff. Moreover, he was the joint second-highest wicket-taker, taking 16 wickets at 13.31 with his left-arm pace.

Jan Frylinck (Namibia)
Frylinck – like Smit a left-arm pacer – was one of Namibia’s most consistent performers in the tournament. He accounted for 15 victims in seven matches at an average of 10.40, with his best of 4/21 coming against Singapore. He also played a significant role in Namibia’s 24-run win against Scotland, taking the wickets of Calum MacLeod and Michael Leask en route to figures of 2/15 from four overs.

Bernard Scholtz (Namibia)
Another Namibian who shined in the tournament was Scholtz, courtesy of his stifling bowling in the middle overs. He repeatedly foxed batsmen with his leg spin as Namibia sought to shrug off defeats in the first two games, taking 3/17 against Bermuda, 4/12 against Kenya and 3/14 in the qualifying playoff against Oman. His final numbers read 15 wickets at an average of 12.46 and an economy rate of 5.34.

Brandon Glover (Netherlands)
A major factor in the Netherlands’ title-clinching campaign was the performance of Glover, who made his international debut only in June this year. The 22-year-old fast bowler, who has also played domestic cricket in South Africa, took 16 wickets – the joint second-highest – at 10.68, with a best of 4/12 in the qualifying playoff against the UAE. He was named man of the match in the final for his return of 3/24.

Bilal Khan (Oman)
Not for the first time, the reliable Bilal was Oman’s bowling spearhead. The left-arm pacer’s 18 wickets at 12.50 were the most by a bowler in the tournament, and he was also the only bowler to take two four-wicket hauls, with both instances coming in the playoffs – his 4/19 against Namibia was in vain, but his superb 4/23 against Hong Kong the next day spurred Oman to confirm their spot for Australia. 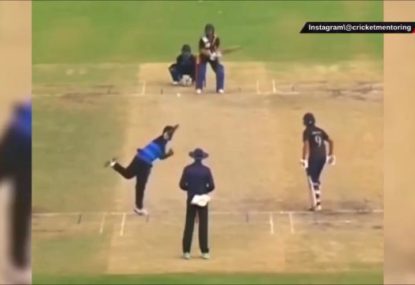