After big wins in Round 5 against cross-town rivals South East Melbourne Phoenix and the then-undefeated Kings, Melbourne United are just getting started.

A 1-4 record to start the NBL season wasn’t ideal, and there was a sense of urgency and pressure to win.

United were competitive in most games but lacked depth, continuity and chemistry due to the new roster having not playing with each other, as well as key players Casey Prather, Chris Goulding, David Barlow and Alex Pledger all missing games due to injury or illness – and Prather is yet to return from knee surgery.

Three-time NBL champion Prather is now back practicing with the team and is expected to play Thursday against the New Zealand Breakers to some capacity if all goes to plan – the first time this season everyone will be available for selection, which is a scary thought for opposing teams. 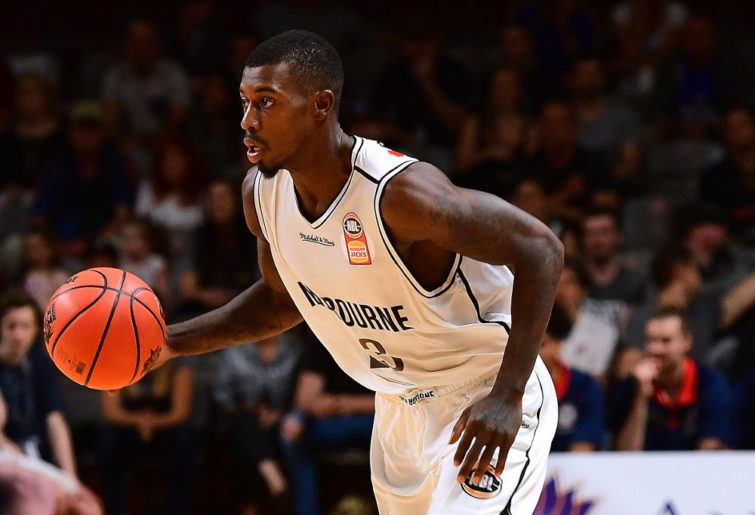 Melbourne have now won three of the last four games thanks to the dominant performances of imports Shawn Long and Melo Trimble. Both coming from losing cultures (New Zealand Breakers and Cairns Taipans), the pair were challenged to change their offensive-first style and focus on the defensive aspect of their games.

Long is arguably the best centre in the league and in his last four games he has scored more than 20 points and over ten rebounds – the first player to do this in the NBL since 2004.

Long absolutely bullied Dane Pineau in the 98-110 victory over the Phoenix. Pineau was only able to contribute to seven points and five rebounds before being fouled out of the game.

Against Sydney, Long stopped the reigning MVP, Andrew Bogut, in a 107-104 victory. The Sydney big man was shut down, only managing four points, eight rebounds and four assists.

Trimble has also been strong, averaging 21 points a game. Offensively, he has always been great but after a disastrous season with the Taipans last year and copping criticism over the defensive side of his game, he had lost confidence.

Now he is starting to become more certain in his role and ability as a ball-handler and facilitator, taking his shots when the team really needs him.

United were criticised for taking on the younger Trimble and Long, as opposed to keeping veterans Casper Ware and Josh Boone, but they made the right choice.

Trimble and Long have only been professional basketball players for a few years, so can be molded – you can already see the positive changes only seven games in. Both have responded positively to the challenges put in front of them after a poor start to the season.

With big, crucial, confidence-boosting wins under their belts, a healthier squad, a damaging offence, breakout seasons for Mitch Mccarron and Chris Goulding, and an improving defensive end, United believe they can win the title.