Each year an elite group of football’s brightest stars under the age of 21 are selected as candidates for the Golden Boy award.

Since the award’s inception in 2003, 16 winners have taken it home. This prestigious group includes the likes of Wayne Rooney, Lionel Messi, Cesc Febregas and Sergio Aguero to name a few.

But who will be recognised with having the greatest potential in world football at this year’s ceremony? Remembering that the award can only be awarded to a footballer once, we can ignore the footballing genius of 20-year-old Kylian Mbappe. The World Champion Frenchman may be only 20, but he won the award two years ago.

From the 20 candidates shortlisted for this year’s award I have chosen a top three of probable winners. This list includes Jadon Sancho, Joao Felix and Ansu Fati.

Manchester City’s Phil Foden would have graced this list if not for the world-class depth in City’s squad which has restricted his game time.

Ansu Fati
Ansu Fati became Barcelona’s second youngest ever starter when he debuted this season at 16 years and 298 days old. A week later Fati made history by becoming Barcelona’s youngest La Liga goal scorer in the teams away draw to Osasuna.

With injuries plaguing Barcelona early in the season, Fati made his full debut making history once again. Fati surprisingly, given his exceptional performance, only scored once followed by an assist which made him the youngest La Liga player this century to both score and assist in the same game.

Ansu Fati has a surprising confidence given his age and never shies away from a challenge displaying a will to move forward and an attacking prowess beyond his years. Fati has so far made eight appearances for the Catalans where he has scored twice and assisted once.

Fati has been praised by all of his coaches as an exceptional young talent and continues to prove so when the opportunity comes calling.

Joao Felix
Joao Felix has without a doubt proven his worth in his tenures at Portugal’s Benfica and most recently, Atlético Madrid.

Felix’s first full season with Benfica drew the attention of Europe’s top clubs where he eventually signed with Atlético Madrid for £113 million, making him the fifth-most expensive player of all time.

Last season at Benfica saw Felix secure himself an incredible 20 goals and 11 assists across all club competitions. A feat worthy of the 19-year-old’s price tag.

A stellar 19-20 pre-season – which saw Felix score at will and become an integral part of Atletico’s attacking success – has now lead to him becoming a regular starter.

Joao Felix has also become an important part of the Portugal national team where he now appears regularly. So far this season he has scored three times with one assist and has contributed to 25 per cent of Atletico’s La Liga goals.

Felix displays exceptional pace, is strong on the ball and has a knack for dribbling past defenders at will. He is also predicted to blossom into a clinical finisher given his successful spell at Benfica.

Jadon Sancho
Probably the world’s most sought after player, 19-year-old Jadon Sancho is one of the few English stars currently playing abroad. Sancho has been making the Bundesliga his playground since signing with Borussia Dortmund and is making no indications of slowing down.

Jadon Sancho made 12 Bundesliga appearances at 17 years old where he scored once and made four assists in a magnificent rise to teenage stardom.

Last season, Sancho shook the footballing world when at 18 years old he found the back of the net thirteen times to go with an incredible nineteen assists. It is a feat which leaves him in the elite company with that of only Kylian Mbappe. 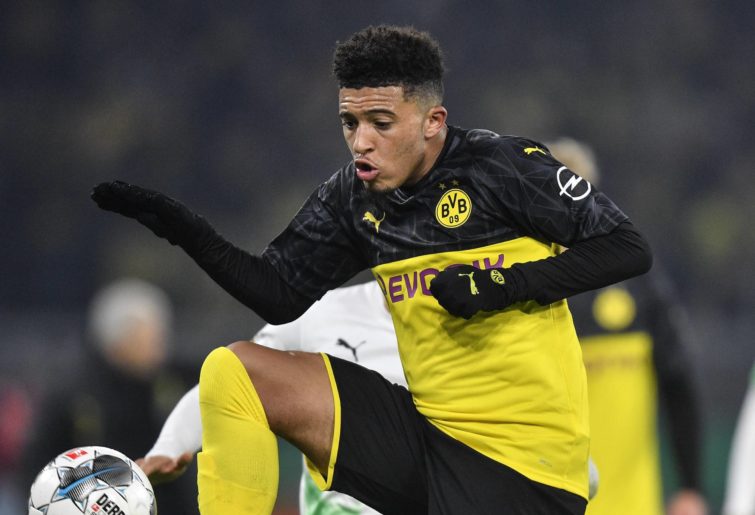 He has carried his consistent form into this season in which he has four goals and seven assists across fourteen games for Dortmund.

Sancho is also now appearing regularly as England’s number seven where his attacking partnerships with Marcus Rashford and Raheem Sterling are causing problems on the international scene.

A new era of football is being ushered in by a plethora of rising young stars with incredible futures. As the likes of Ronaldo and Messi see out the remaining years of their careers is it time for one of these three to take the helm?

Although a huge fan of Joao Felix, I’m with Sancho to take this year’s honours.

Who have you got?