The 2019 Rugby World Cup is behind us, and five days later we’re still trying to work out how to replace it. Let me tell you from experience, the Round 3 Super Rugby clash between Rebels and Highlanders falls short of the mark. So will anything Saracens-related of the last three seasons, I suspect.

Thus, it is time to reflect on what has been a truly remarkable tournament won by South Africa in a manner that I still haven’t got past describing as incredible.

The guys have jumped at the chance with typical gusto, and in no particular order we’ll address these topics:
1. Tournament highlight
2. Player of the tournament
3. Best young player
4. Most disappointing team

And no-one cares about the final scores, but here they are anyway…

Harry
More was expected of Ireland than any other team a year ago. There was serious chat on the Emerald Isle of winning the Cup. The path was clear: top Pool A, dispose of the weak Boks, grind Wales down, and go for glory. Losing to Japan and being annihilated in the quarters was the worst showing by pre-tournament favourites.

The player of the tournament was cantankerous superhero Duane Vermeulen, the only Boks forward who was an every-game 80-minute man, and who was speared by two Roman henchmen and just kept on like a mad demi-god.

The moment of the comp was Faf de Klerk strutting up to greet Prince Harry in patriotic weenie bikinis and a flat bill cap. Pure gold.

It was also nice to listen to English podcasts backtrack on Sunday morning.

Digger
What a wonderful tournament we have just witnessed and a worthy champion crowned, although a great depression has settled in, knowing I have a few months hiatus before we can really get back into it all with only a never-ending diet of T20 cricket on the horizon, which is a bit like chewing on crusty bread sticks while waiting for the main courses to arrive.

Certainly the highlight for me was the support of the tournament itself. Full stadiums and appreciative crowds will live long in the memory, while being in this social media age, it certainly felt as if you missed nothing with wall-to-wall coverage and snippets of all the best bits shining through.

Pieter-Steph du Toit was my stand out. His form was impressive and certainly left enough of his opposition, particularly a Mr Ford, with PTSD to deal with after a colossal final effort. Another I would care to tip my hat to would be Makazole Mapimpi, a player seemingly unloved in some quarters, but one who shone through with his finishing and provided a real point of difference for the Bokke on their run home.

Best young player? Two players spring immediately to mind after leaving an impression on me, Jordan Petaia being one, thrown into the deep end and not looking too far off the pace. His balance and footwork was sublime and I am looking forward to watching him progress. 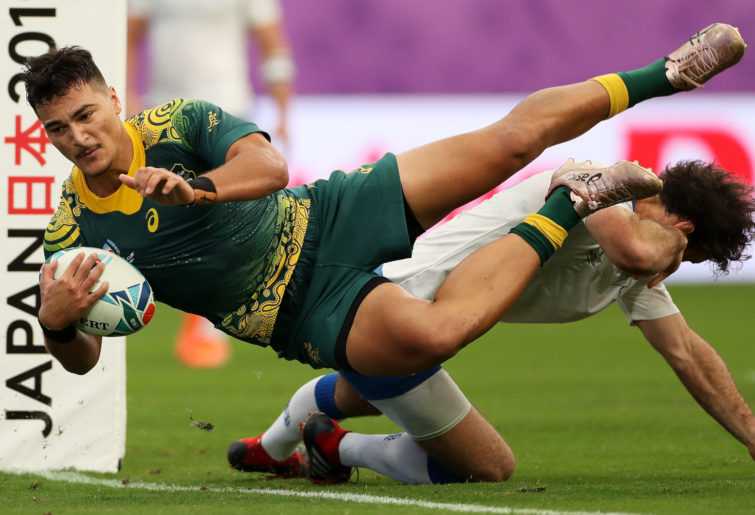 Another to make an impression was France’s young pivot, son of Emile, Romain Ntamack. He looks to be a player of high quality and at just 20 running the cutter, he seems a likely bet to bring back that French flair many have missed. With flyers such as Damian Penaud and recent under-20s success, this all suggests France could be building something quite special in the years to come, assuming they can all agree on a coach.

As for disappointment, it is simply too difficult to look past Ireland, a side who just a short time ago threatened so much at this tournament to only bow out of the quarters with a whimper for a squad that promised so much. Scotland also does not escape my gaze – my second team – not because they lost to Japan but for the insipid first-up performance against Ireland, which set their tournament up for the disappointing results and finish to come.

Nobes
No matter the continent or the context, South Africa raises the Webb Ellis Cup every 12 years. Japan, despite the many foreign players, were a big surprise not only for the results, but also their rugby was very contagious for the public. Uruguay also made the best World Cup in their history. The two nations that most disappointed were Ireland and Argentina.

The cards were also protagonists with a record of eight that doubled the maximum of four in other World Cups. We had very different manners to interpret the rules by referees, and that includes those who are behind the TMO. We also had another new protagonist, who were the results of games without being played. In the case of England and France, that maybe put them in some competitive advantage for the quarter-finals.

TJ Perenara’s try against Namibia was the best of the tournament. The best player trophy in the tournament is disputed by Maro Itoje and Duane Vermeulen. 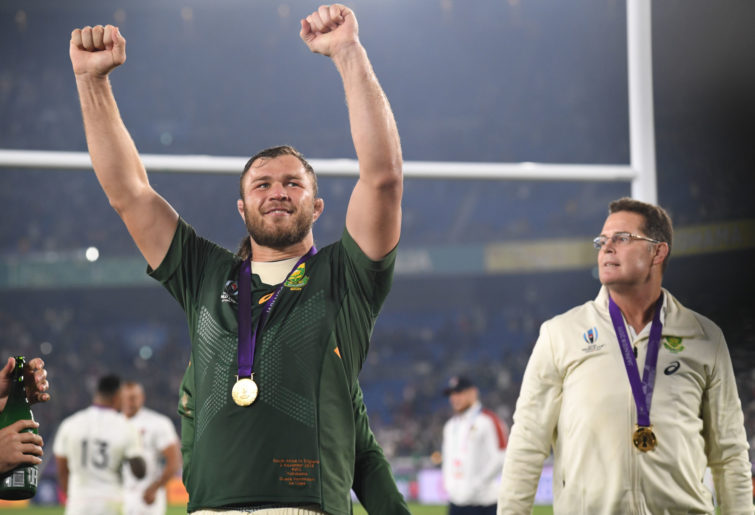 Outside the stadiums, the World Cup was also a success. In spite of the Typhoon, 99.3 per cent of the tickets were sold and almost two million people attended the games, and despite the distance, Japan received 400,000 tourists.

As for TV, Japan’s game against Scotland was seen by 54.8 million people. The economic impact of the tournament was US$4 billion. The road will be very steep for the next World Cup in France but every edition is getting better.

Thanks everybody for reading and commenting, it is a privilege to write in this site with such a great readers and comments.

Geoff
Having used 5000-odd words to wrap up the tournament on Tuesday I don’t intend to put anyone through that again, but I do have a wee bit of energy left to cover off the questions posed.

The tournament highlight was undoubtedly Japan’s victory over Scotland: certainly the best atmosphere I’ve ever experienced at a rugby game, capped off by Japan creating a couple of great tries and sending Scotland’s CEO Mark Dodson, who had made a complete tool of himself over the typhoon, into irrelevance.

Best player is a toughie, there were many who had one or two great games but for various reasons didn’t play or didn’t have the same influence over four or five games. So call it a cop out but I’ll plump for the three best performances in a match as Maro Itoje versus New Zealand, Semi Radradra versus Georgia and Gareth Davies versus Australia.

This wasn’t really a Cup for young players, with most sides opting for experience over youth when it came to the big matches. So if we’re looking for 21-year-old standouts it’s hard to go past England’s Tom Curry who, even if he and his teammates had their colours lowered in the final, proved he will be a force to be reckoned with over the coming two World Cup cycles at least.

Most disappointing team is a tie between Australia (they didn’t do worse than expected but we live and hope for better), and Ireland (who don’t seem to be able to time their run properly at World Cups). Perhaps beating either New Zealand or South Africa in a quarter-final was always going to be beyond them regardless, but nobody expected them to go to Japan and get beaten by the home side then cop a 40-point flogging on the way out.

The final note of disappointment (although not for my liver) is that we have to wait four years to do it all again!

Brett
The tournament delivered some brilliant rugby across the 40-odd games, but it’s hard to go past the run of the Brave Blossoms as a highlight.

The Miracle of Brighton had been their Rugby World Cup moment, but that was quickly surpassed when they toppled no less than pretty recent World No.1 Ireland in Shizuoka in late September. It immediately signalled not only that anything could happen in this tournament, but that the host nation was hell-bent on going to where they’d never been before in a RWC.

Come the final match of the pool stage, in front of a heaving crowd emblazoned in the cherry and white hoops, Japan repeated the dose on Scotland, to not just qualify for the first ever knockout stage, but to get there atop Pool A, undefeated.

Player of the tournament is hard to nail down, but here’s a few: Pieter-Steph du Toit and Cheslin Kolbe were superb for the Boks, Beauden Barrett was bog-standard great for NZ, and Kotaro Matsushima was a standout for the Brave Blossoms.

Best young player is easier: I’d not seen a lot of English flanker Tom Curry before this tournament, but my goodness, he’s going to be something special. And it took a special performance from the Springboks forwards to contain him in the final.

And Australia were obviously disappointing, but it was largely self-inflicted. Selection table revolving door-inflicted, to be precise. But Ireland has to be included here too, after coming into the tournament with genuine hopes of contending, only to skulk away in the quarters.

Huge thanks to Digger, Harry, Geoff and Nobes for their weekly enthusiasm, and to everyone who’s been part of the tipping panel fun and frivolity throughout the season. I’m quite sure Dan will give us the green light to go again in 2020, but there is no question the panel is as good as it is because of your involvement. Thank you.