Vow And Declare might have won his last race, plus Oaks Day tips

There’s no greater marathon in world sport than the Flemington carnival.

After a fill-up on Derby Day, it’s fair to say the Melbourne Cup was somewhat of a disappointment.

While I rated Vow And Declare a winning chance, my top pick Downdraft was nowhere to be seen.

While it was a brilliant story that an Australian-bred and trained runner won the Cup, it also highlighted how much luck you need to win a Melbourne Cup.

Last week, Vow And Declare wasn’t even guaranteed to get a run in the feature race. If not for the stewards ruling two horses to be unfit, he might not have gained a start.

Then on the day, Craig Williams was able to send the horse forward in the race from a wide barrier – completely against his usual pattern – and lead as they ran past the post for the first time.

By the time they hit the first turn, he was in the box seat, behind the leader in third position.

The race continued to be run at a snail’s pace and for the last 2500m of the 3200m event, Williams didn’t have to go around a runner.

When the whips were cracking in the final stages, Vow And Declare still wasn’t going to win, having been headed by Master Of Design, but was gifted the victory when the second horse veered towards the fence, blocking Il Paradiso in the process.

Il Paradiso would have won the race, with Vow And Declare second.

But here we are two days later and Vow And Declare is a champion with his named etched into the record books. 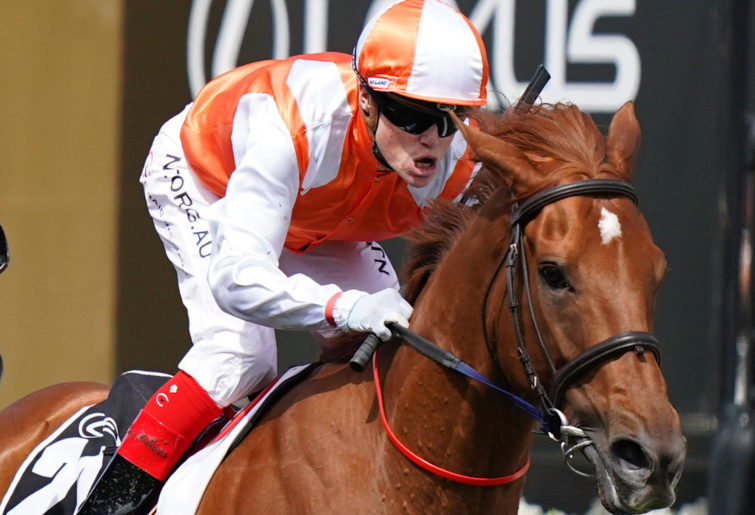 The next question is, where does he go from here? In reality, he might not ever win another race. Unless he improves next preparation, he’s not brilliant enough over 2000m to win an Australian Cup and he’d get too much weight to consider a Sydney Cup.

Which leaves next spring. The Caulfield Cup and Melbourne Cup will be the obvious aims.

But when you consider he won the Melbourne Cup by a head on Tuesday on the bottom weight and with plenty of favours, I just can’t see a repeat of that.

Not that connections will care.

Vow And Declare has done his job and we should all applaud him. He might have sparked some interest back into Australian stayers.

Moving on, today is Oaks Day and the VRC has opted to go for a less traditional twilight meeting, with the first race jumping at 1.50pm and the last set to run at 6.25pm local time.

I’ve had a look at five races on the program and given my thoughts on who to back. Best of luck if you’re investing a few dollars.

Race 1 at 1.50pm – $125,000 Twitter Trophy (1800m)
Impi will start as the odds-on favourite for Pat Carey and Kerrin McEvoy and while I think he’s the best horse in the race, that price is too short for my liking. I thought the Robbie Griffiths-trained Mr Money Bags produced a good last-start run in the Sale Cup and is down in class here. Three of his five careers wins have been at Flemington and he’s a versatile horse. At each-way odds, I’d be cheering for Jye McNeil to guide him home in the first on Oaks Day.

Race 3 at 2.55pm – $125,000 Subzero Handicap (1400m)
Everyone’s favourite race on Oaks Day is the greys race. Spare a thought for race caller Matt Hill. It’s usually a pretty even race so I thought Tasmanian winner Sir Simon could be the value. The lightly raced gelding turned six in August but has only had six starts to his name and four of those were wins. In his last five runs, he’s only been beaten once when second at Launceston in January. Scott Brunton has seemingly found the formula to success when bringing horses across the Bass Strait so I’ll be in Sir Simon’s corner today.

Race 5 at 4.05pm – $175,000 Listed Century Stakes (1000m)
Not a bad sprint race this, and Ball Of Muscle will likely start favourite on the back of his form at Group 1 and Group 2 level. You know he’s going to lead and run at a good tempo, so the question is can he be run down? Perhaps. The Matthew Ellerton-Simon Zahra gelding Crystal Dreamer will enjoy these conditions. Loves the straight at Flemington and doesn’t mind the sting out of the ground. He’s a gun at 1000m with five wins and four placings at the distance and has the services of Damian Lane, one of the best jockeys going around. I think him and Ball Of Muscle will be fighting out the finish.

Race 6 at 4.40pm – $500,000 Country Final (1600m)
This grand final for country horses is a great concept and potentially produces a headache for punters as some of the 16 runners have vastly different form lines. That’s why I’m not going to over-complicate things and declare that Harbour Views should be winning. This undefeated gelding has raced five times and been impressive on each occasion. He’s been tasked to carry 61.5kg, which is a lot for a city meeting, and will be giving some of his rivals a 7.5kg advantage.

However, they still won’t beat him. He carried 60kg last start at Geelong to beat O’Tauto, who is in this race, and some will be backing the latter based on the weight swing. But Harbour Views is a horse who makes his own luck and has class. John Allen only needs to make sure he doesn’t get stuck on the fence from barrier one and connections will pocket a big check this afternoon.

Race 8 at 5.50pm – $1 million Group 1 VRC Oaks (2500m)
It will be an even bigger week for Danny O’Brien if my tip in the Oaks gets up. I really like his filly Miami Bound, who will be ridden by Damien Oliver. She beat my tip Vegas Jewel on Saturday in the Wakeful and appears to have staying ability. Vegas Jewel is also some chance to bounce back and turn the tables, but I thought she had every chance to win and didn’t. Those who like a roughie might lean towards Amazing Peace from the Paul Perry yard. She gets a good barrier and the services of Nash Rawiller. Throw her into your exotics.

Matt Nicholls
Expert
Matt is a newspaper editor by trade but spends his time dwelling about his glory years as an average opening batsman and slow half-back flanker. If he's not flicking between all the sport he can find on TV, he's out trying to lower his handicap on the golf course. He loves writing about horse racing – one of the most intriguing industries in the world.
close