The players South Africa have lost to Kolpak deals were very good but not irreplaceable. Morne Morkel had a handful of series left in him. He was 33 years old and retired as he would have liked, with a magnificent performance in a comprehensive win over a humiliated and ashamed Australia.

Kyle Abbott seemed like poor timing rather than anything else. Before the ink was even dry on his deal with Hampshire, Dale Steyn broke down. It is also worth bearing in mind that Abbott made his international debut in February 2013 and over the next four years, with quotas in place for just one of those, he would play a total of 11 Tests.

None of these players attributed their departures to the new quota system. Morkel was well established and a Test match regular, Abbott was kept out of the side by better players and Olivier was offered security and turned it down. The truth is that they could make more money and guarantee greater financial security by playing first-class cricket in England rather than South Africa.

Let’s look at some figures. 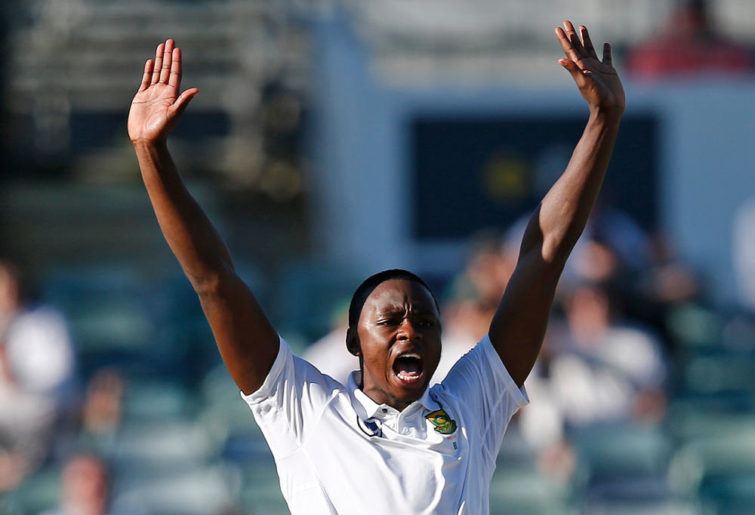 Lungi Ngidi, after five Tests (including one in India), has 15 wickets at an average of 25.06. He has a strike rate of 49.2. It’s obviously early days, but those are impressive numbers for a 23-year-old who took 0-83 in his most recent match.

Keshav Maharaj has 27 Tests, 100 wickets at 31.88 and a strike rate of 57.9. Sure, you would like him to take more wickets per match, but he plays most of his cricket on green tops and still strikes more than once every 60 balls. For perspective, Rangana Herath, another left-arm finger-spinner, ended up with a strike rate of exactly 60.

The quotas were introduced in September 2016. They apply not to each individual game but are averaged across an entire season. Of the playing XI, an average of six players must be people of colour, two of whom must be African.

Vernon Philander, Rabada, Ngidi, Maharaj, Zubayr Hamza, Dane Piedt, Temba Bavuma and Senuran Muthusamy played in one or more Tests during the India series. Quota fulfilled. They didn’t all perform, but not one of those players was unworthy of selection and not one kept someone more deserving out.

We focus on the wrong things when we talk about quotas. They are cast as social engineering. The thing is, quotas aren’t really about race or gender or whatever they might be addressing. At least they shouldn’t be.

They are about righting historical wrongs by ensuring that capital investment is directed to those areas that capital has decided are unprofitable. The point of quotas is to ensure a redistribution of wealth to the areas from where that wealth was plundered.

Take a look at the Wikipedia page for the school that Graeme Smith went to, or AB de Villiers and Faf du Plessis, or Kevin Pietersen. Look at the cricketers and rugby players and politicians and other luminaries.

The flag may have changed after apartheid, but many social structures didn’t change. It was cheaper and more profitable for the cricketing authorities to rely on the private college system to produce athletes rather than invest in poor black and ethnic communities.

The colleges already had ground staff, coaches and families who could pay their own way, plus access to roads and grounds they owned and maintained themselves. Why build a stadium in the sticks when there’s one surrounded by hills and green grass you can rent?

Instead of investing in coaches in rural communities, supplying them with grants and bonuses to help build structures in poor townships, Cricket South Africa relied on where the money already was. White South African suburbs, like in the leafy north of Johannesburg, could not exist without the resources stolen from black South Africa. 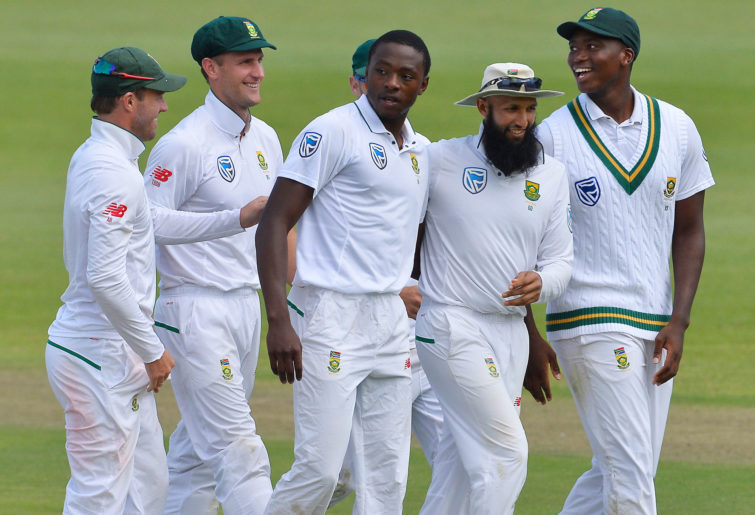 If they don’t, they’ll get sacked.

The following is a hypothetical scenario that almost certainly happened.

Two boys were born in 1983. Both their families were active – they loved to kick a ball around, swim, run, surf and swing a bat. Around the time their sons were ten the families noticed these boys were just better at these things than the other kids. They were faster. Stronger. Whatever talent is, these two boys had it.

And these two boys loved cricket. They tried everything of course, and they were best at everything. But cricket was what they loved, in particular bowling. Bowling fast. Proper fast.

Neither of these boys were rich, but one could move more easily and the other was dirt poor. The poor boy had tough feet from running on hard, sun-cracked ground, bowling at a tree until the bark was stripped. The white boy had hard feet from running on the driveway and putting dents in the garage door.

When the Rainbow Nation was born the boys danced and sung with their parents and friends, the future was bright everywhere and for everyone.

When the white boy kept getting better and better, his parents decided to move from the mining town to a city. There were opportunities for them and for their talented son.

When the black boy kept getting better and better, he visited neighbouring townships on the weekends and worked hard during the week. Rent had to be paid, parents needed help, siblings needed food and books for school.

The white boy played for the best club in the city and was noticed by the best coaches. He was fast-tracked up the ranks and after seven first-class matches was playing for his country.

The black boy was spoken about. Everyone was excited. The older men who had played in the black competitions knew that this boy was going to put their little dot on the map. That the indignities they had suffered for decades could be put right when their favourite son got his cap.

The white boy we know as Dale Steyn. The black boy was just another anonymous black boy we never got to hear about.

We may not like to admit it, but talent isn’t everything. Athletes aren’t born. They cost money, they take resources, coaching and precious planning. They are vastly rare creatures where every hundredth of a percent is desperately fought for.

Under apartheid, over 90 per cent of the population never had that opportunity. If the short-term pain is a few lost series – the result of legacy retirements and an unsettled side – and some white kids from rich colleges miss out while funds are directed to poor communities, so be it.

It is worth it.

They are good for South African cricket.