Kieran Foran has declared his intention to return to rugby league by May 2020, with the playmaker confident he can be back on the paddock just in time for his next majorly unlucky injury.

The embattled five-eighth has been sidelined for six months after sustaining a dislocated shoulder, the latest in a string of injuries that has seen his weary body touted for the remake of Weekend at Bernie’s.

Foran suffered the untimely blow after fighting his way back in to the Kiwi national side, with his triumphant return ending prematurely when he was forced from the field like he was nursing a bag of oranges.

While a number of conspiracy theories emerged from the Leichhardt area as to the origin of the injury, medicos confirmed Foran’s rotator cuff issue was suffered via the granite thighs of James Graham, and not the unfairly strenuous training methods of coach Michael Maguire.

The premiership-winner has established a reputation across his 11-season career as one of the NRL’s toughest competitors, often playing above his weight and exhibiting a single-minded willpower to put his in to head in to dark places, like a Parramatta jersey. 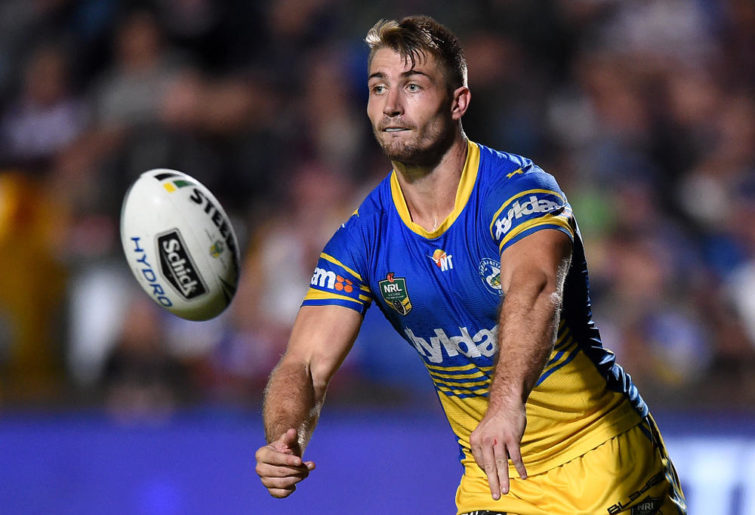 But at age 29 and with a recent history of serious hamstring and ankle issues, many are beginning to believe the durable ball-player can still overcome the toughest of opposition, provided it doesn’t include Lady Luck or contact.

However, Foran still believes his body can be reassembled to withstand the rigours of elite NRL football.

The five-eighth was quick in the aftermath of his injury to emphatically slam the door on an early move to the rugby league knackery, a dark and overcrowded place also known as the Channel Nine commentary team.

A premature retirement would be a tragic way to end Foran’s stellar career, one that has flourished to see his name positioned alongside other famous Kiwis dominating in Australia like Benji Marshall and Richard Wilkins.

After a tumultuous decade that included a premiership and well-documented personal issues, the Kiwi international joined the Bulldogs in 2018 on a rich deal brokered by a group of Canterbury administrators, most of whom departed prior to the ink drying.

With the contract securing Foran to the club for three years at a rumoured $1 million per season, many cynics accused the Bulldogs of accepting the terms and conditions with the same care and attention as a software update.

While many Bulldogs fans knew his inclusion would put some much-needed lead back in the pencil for their beleaguered side, some wondered if the deal was too risky for a body that had absorbed more beats per minute than Kraftwerk’s metronome.

Further clouding matters was the departure of Des Hasler, with the beloved mentor of Foran released prior to the playmaker’s arrival by CEO Raelene Castle allegedly due to unsatisfactory performance and a lack of offensive Instagram posts.

Foran’s injury and talk of a forced retirement is the latest in a busy off-season of transfers and forced lay-offs, with clubs craftily shuffling deck chairs in an attempt to acquire the hottest property in the game: a war chest.

The Wests Tigers are the latest to land the ephemeral silver bullet after the NRL waived Ben Matulino’s wages due to injury, with the newly-available $1.7m said to be already sensibly spent by recruiters on 150 novelty wigs and a frisbee.

Should Foran pull the pin, he could join Sam Burgess and Matt Gillett on the waiting list for assessment to have his contract value waived. Under NRL rules, this would only occur if the clubs involved can meet specific criteria, such as proving the deal was hasty and regrettable.

While Foran has already stated his intentions to play on, a medical clearance could free up money for the Bulldogs that could be spent judiciously on targeted areas of need, or alternatively, nonchalantly flung in a single clump at Latrell Mitchell.

In other developments, Brisbane is rumoured to have offered Foran $1.5m for his six month lay-off, believing their halves stocks could be greatly enhanced by someone with one arm.