Doctrines and rugby dogma re-examined. What is still true, truer than true, debunked, or seen anew?

1. Yes, you can win the Rugby World Cup after losing a pool match
To be exact, this is only true if your ref in the loss is also your semifinal and final ref, and if your pool nemesis is the also the tournament favourite, so that you avoid them until the final if at all, and lose early in a style (three simple mistakes in five minutes spawning 17 points) that allows your coach to fix things.

Oh, and it probably only applies when your reserve pack is a starting pack. 2023 may yield added exceptions.

2. A grim, trench warfare semifinal win is better for your prospects in the final than a low-pressure magical Disneyland rugby win
Front runners England scored a try against New Zealand in two minutes, notched another three points, ceded possession in the right areas, minimised risk, and then let the Kiwis self-destruct.

The Boks faced the toughest team with the hardest coach and the smartest captain.

Just as the 2015 All Blacks enjoyed (and played to win) the final because they suffered through a grim, no-try second half, two-point win over South Africa the prior week, the 2019 champs were never fully comfortable against Wales.

The Welsh scrum also crumbled, but scored their try in retreat. Warren Gatland and Alun Wyn Jones knew how to remind their lads how to cope with set piece problems.

Pressure must become your friend. England had not felt much, with Tomas Lavanini, Typhoon Hagibis, and Michael Cheika easing their minds. The Boks embraced the tight first half; it was old hat. 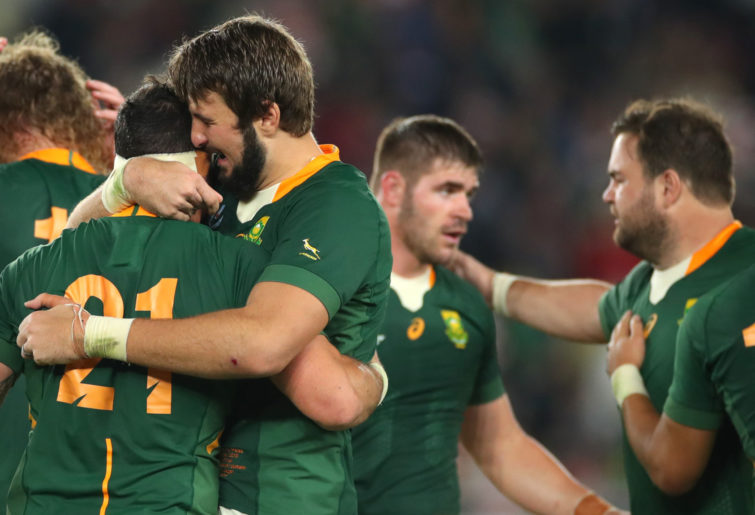 3. Eddie Jones is a brilliant one-off underdog coach; Rassie Erasmus can build a bigger structure and save the best until last
If you had to pick a coach to shock the pundits once, maybe Eddie is the man. Both he and Rassie are good rescue job men; meticulous and innovative.

But there’s something missing in Eddie’s methodology when game plans go awry, or it’s all on the line.

Rassie seems to think three or four matches ahead better: all six final front rowers were equally played and confident; all four locks, too.

For some reason, when England lost one forward, all was lost; South Africa lost two, early doors, and never missed a beat.

4. A great defence can stifle a very good offence; a great attack can still struggle to open up a very good defence in finals
All the semifinalists only scored one try each.

The losing finalist couldn’t score a try, from inches out. Want to win? Focus first on not conceding soft tries.

5. Rugby is more territorial than possession-dependent
Give me five minutes of possession but all in your 22, and I’ll give you the other 30 minutes of ball-in-play in your half, happily. I can train tackling, and finishing chances.

You can work on dozens of ruck scenarios.

Yet, with all of the statistical nous we have, several teams almost refused to qualify or challenge for a semifinal spot, by ‘bravely’ running and passing from the end of the pitch, baa-ing like wild sheep on a precipice. 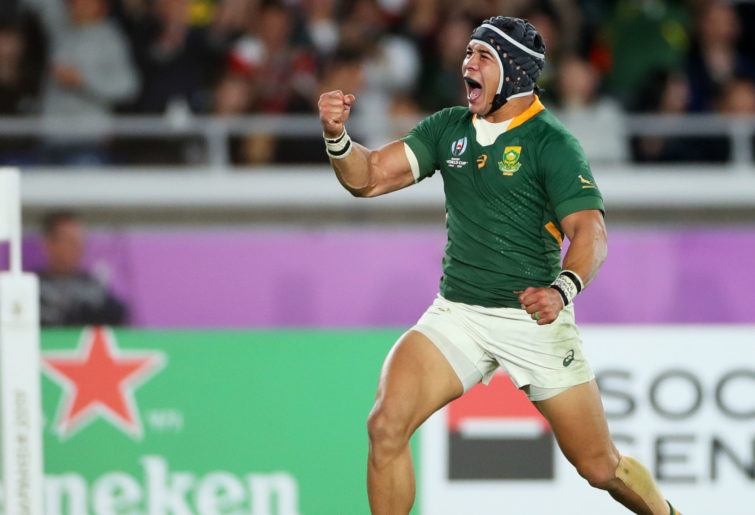 6. You don’t need a four-year plan
Two years is enough if your grassroots have produced healthy horses.

7. You’re probably still picking props and halves, first
After all has been said and done, weaknesses in your tightheads and halves are almost impossible to hide in knockouts.

Eddie shorted at 3 and 9, chopped and changed at 10, and didn’t even carry enough reserves, but had wings in droves.

Wales’ smart flyhalves kept their teams in the hunt; do we really know if they’d have lost to England? New Zealand may have lost it by not really bedding Bo-unga in soon enough.

8. The All Blacks are still the best team in the world, but have work to do to be champions
Losing both trophies on offer to the Boks, with question marks at prop, lock, and six; puts pressure on how the playmakers and midfield are selected and trained.

The best path may be a Razor Robinson revolt? A new mind. Relatable? Ruthless? If 2020 goes the Boks’ way, then you can start to wonder if the All Blacks still reign.

9. Rugby is not soft
It’s harder than ever. he four most powerful teams were in it at the end. The 27 forwards in the final were bigger, stronger, faster, and more athletic than any prior era’s packs.

The biggest hits happened in the last match. Skeletons were rattled, legally. Power is the future. The cards helped.