The Hearts marched in, but how many have marched out?

“Another great showing from the green seat elite – you City fans are as plastic as they come.”

This Friday night marked a momentous milestone for Melbourne City Football Club in their ten-year anniversary, and haven’t these ten years just flown by? I still remember a young ten-year-old Thomas pleading with his AFL loving father to take him to Melbourne Heart’s first ever game against the Central Coast Mariners.

The feeling of wonder and awe I felt at the gates of the first Melbourne Derby as the sea of red and white took over the south end of AAMI Park – with Alex Terra scoring the winner that night – was the moment I fell in love with football.

Since that time, I’ve received endless abuse for following the club I love blindly – primarily from other fans of the league – but also often from former fans of this club I dedicate a large portion of my life to.

All of which prompts the question – was City football coming to Melbourne a blessing or a curse?

On one hand, the quality of football increased dramatically – with established names like David Villa and Tim Cahill coming through the doors plus the development of future Australian legends like Aaron Mooy and Daniel Arzani, CFG’s impact cannot be understated. 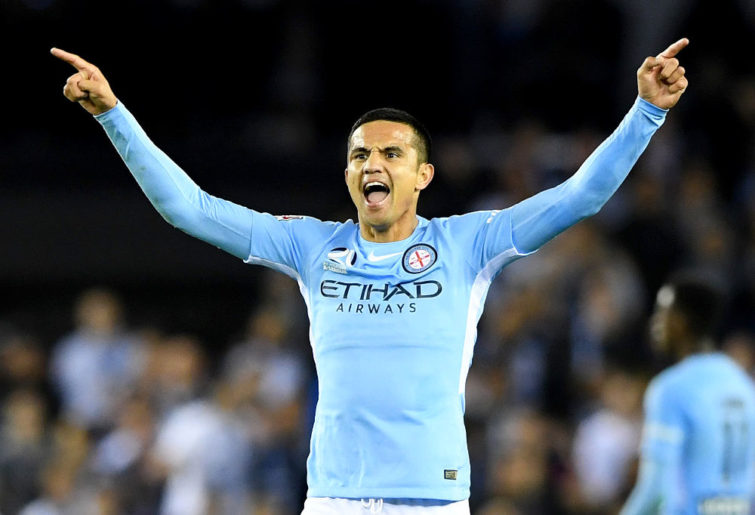 However, this has come at a detriment to the loyal fans who have had the – pardon the pun – heart ripped out of a club they loved so much. They lost their name, they lost their colours and for so many that was enough to lose the league. It’s been devastating to watch and – as someone who cops enough abuse for having no fans – it’s incredibly frustrating.
Advertisement
Advertisement


This frustration however, is nothing compared to the Melbourne Derby.

Melbourne Victory are thugs – snobbish, ignorant thugs. A generalisation sure, but finding a Victory fan with reason is like looking for a parking spot in a shopping centre three days prior to Christmas – it’s rare.
Advertisement
Advertisement


This is highlighted by the constant go-to insult they comment my way regularly, “You are as plastic as they come.” I’ve personally always found it odd how people who follow their club through the horrendous results on the pitch as the Heart and then proceed to follow the club through a complete transformation only for the results to still not arrive as promised by City Football can be called plastic, because honestly I have such respect for my fellow fans who’ve stuck through thick and thin to support the club – and I can’t imagine anything less plastic than that.

As I can hear Victory keyboards already furiously typing “you’re not even our biggest rival” and “Haha 4-0 in the cup final”, I’m going to just say relax – my problem with derbies doesn’t even have to do with your team.
Advertisement
Advertisement


My biggest problem with derbies comes from the former fans who come back for that game, and that game only. Whether it be fans who have defected, or fans who left altogether because the club had no heart. 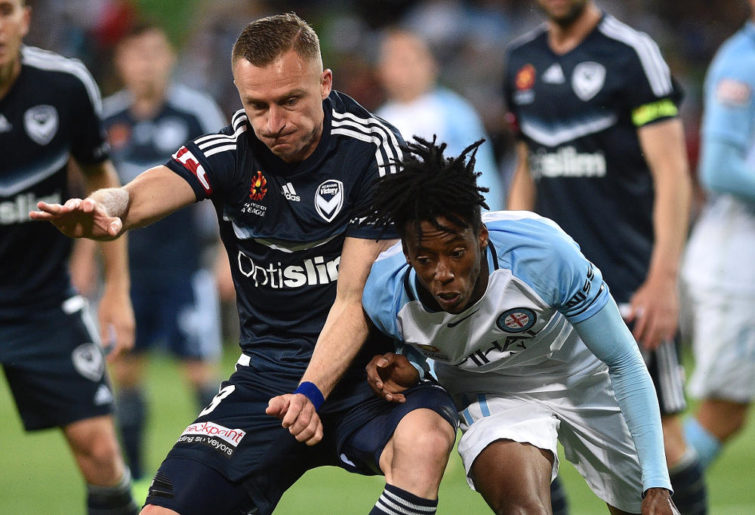 When it was announced that we had sold out our allocation to the Round 1 derby this season, I was ecstatic. A sellout was something unheard of in the recent years of declining City support, and – despite the result on the pitch being a dull 0-0 draw – off the pitch was excellent. Even after our own club refused to give us a megaphone as a punishment for flares being ripped at the pregame march, spirits were kept high all game long.

So why am I frustrated at that?

Well there’s the obvious reason – the club in recent years has lost touch with the fans through a lack of transparency in the Warren Joyce era, coupled with poor results. Trust in the club was at an all-time low – taking away the megaphone was a harsh call made as a snap reaction by club officials, but luckily for the club Victory’s support was even more disorganised and we came off looking good for once.


Secondly, I counted just over 20 fans on the day – and over 50 in recent weeks over social media – who have shed the City blue and donned the green and black of Western United.

As Simon Hill wrote earlier this week , City should be worried about the impending growth of Western United. As a fan of the wider league, I have always been a huge advocate for expansion and – as little as a I care for Western United – the idea behind their club is right. Expand into an area with a geographical divide from the other Melbourne teams to create a rivalry, and it’s definitely going to work eventually – just how long it takes is the question.

In all of this, it would be unfair not to consider the undeniable fact that membership counts league-wide are decreasing, and some of the fan loss can absolutely be attributed to that. This however is an excuse, not a solution.
Advertisement
Advertisement


City needs stars to align to successfully grow their attendances, and they need these stars in line for a sustained period of time in order to offset the idea among City fans that once hope returns to the hearts of fans club-wide, catastrophe is soon to follow – and this season is already on a good track to breaking that hoodoo.

These so-called stars include consistent results on the pitch, players that can create an identity for the team and an active support bringing life to matchday experiences. All three of these have been met over the first four rounds of the season.
Advertisement
Advertisement


The demoralising loss in the cup final was haunting – myself and a few fellow fans drove the nine hours to Adelaide and we felt a sickening sense of familiarity as we drove back to Melbourne after having four put past us. Smatterings of “typical City” were all over my social media feeds and we then had to turn our minds to a trip west to Geelong.

It was in Geelong where I felt a familiar sense of nostalgia – a feeling of hope, a sense of a heart beating from the corpse of my club. With fans in full voice, backs against the wall and with ten men, our team – after seasons of begging and pleading for it from Warren Joyce – finally fought back. Pride was an understatement, and any fan who was there can tell you the same – that win meant something.

So, I return to my question from the beginning of this piece – was City Football a blessing or curse for Melbourne?

After years of this opinion bouncing back and forth, I’ve settled on this – Melbourne City has grown significantly since Melbourne Heart. If Heart was the delinquent teenager acting out because of the hope placed in it by its parents, City is the deadbeat adult who – until this current moment – was stuck in a dead-end job going nowhere cursed with that same weight of expectation.

I expect we’ll return to this argument again in a year’s time – there will always be Heart hopefuls longing for the old days, and there will be City realists who accept what is and dream of what can be.

Personally? I’ll never stop loving this club. Through the Aloisi eras and Joyce eras – the Mooys, Engelaars and Maclarens – from Heart to City, I’ll be forever here.