Liverpool extended their lead over City to nine points and remain unbeaten through the first 12 games of the season. City, in contrast, dropped to fourth as they experienced their third loss of the season.

Both teams came into the game with injuries to their squads as City’s defensive issues, which have been highlighted throughout the first part of the season, again forced Pep Guardiola into changes to his starting 11. Young Spanish fullback Angelino came in at left-back as he made his starting debut for City while Fernandinho lined up alongside John Stones at the centre of City’s defence.

Liverpool themselves have had to work through their own defensive shuffles in the early part of the season as Dejan Lovren again lined up alongside Virgil Van Dijk at the heart of Liverpool’s defence. The lead up to the game had been dominated by Guardiola’s comments in regards to Sadio Mane being a diver with Jurgen Klopp leaping to Mane’s defence.

The atmosphere at Anfield prior to kick off emphasised the enormity of the contest which was about to take place, as the anticipation of the two best teams in England going head to head increased the fervour within Anfield. Remembrance Day was impeccably respected at Anfield before kick-off as the crowd and players took a moment to reflect on the important contribution and sacrifices of the British and Commonwealth military servicemen and women.

City settled into the game quickest as they looked to play on the front foot and dominate the ball. Controversy reared its head early on as VAR again was brought into focus as a ball into the Liverpool box seemed to strike Trent Alexander -Arnold’s hand, which was away from his body.

City striker Sergio Aguero appealed to referee Michael Oliver but his protests were ignored as Liverpool quickly transitioned into attack before Fabinho unleased a sumptuous strike to give Liverpool the lead.

City were livid that VAR did not overturn the decision with the reasoning occurring around the ball hitting the hand of Bernardo Silva in the lead-up. City continued to press though as Liverpool were happy to soak up the pressure and keep a solid defensive shape.

City’s inability though to convert their pressure into goals came back to haunt them as Liverpool made it 2-0 after 13 minutes. Alexander-Arnold played a sensational switch with his left foot over to left-back Andy Robertson, who whipped in a delightful ball to Mohamed Salah who headed the ball beyond city goalkeeper Claudio Bravo.

The Anfield faithful were in dreamland as Liverpool’s clinical display ripped up the notion of a tight and tactical battle between the top two in England. Aguero was left frustrated up front for City in the first half as he was stunted by Alisson in the Liverpool goal as his wait for his first goal at Anfield continued.

Liverpool continued to be a threat to the City backline as Alexander-Arnold and Robertson looked to push forward from their full-back positions at any opportunity. The city found themselves in great attacking positions but were unable to convert with left-back Angelino coming the closest when his scuffed shot hit the post after some nice interplay around the Liverpool box.

Liverpool entered the half-time break with their 2-0 lead intact as City were left with it all to do in the second half.

The second half began much like the first as City looked to dominate possession and force Liverpool back. The backline of Liverpool led by Van Djik held firm as they squeezed the space City were able to operate in and were able to get bodies in the way of shots and crosses. 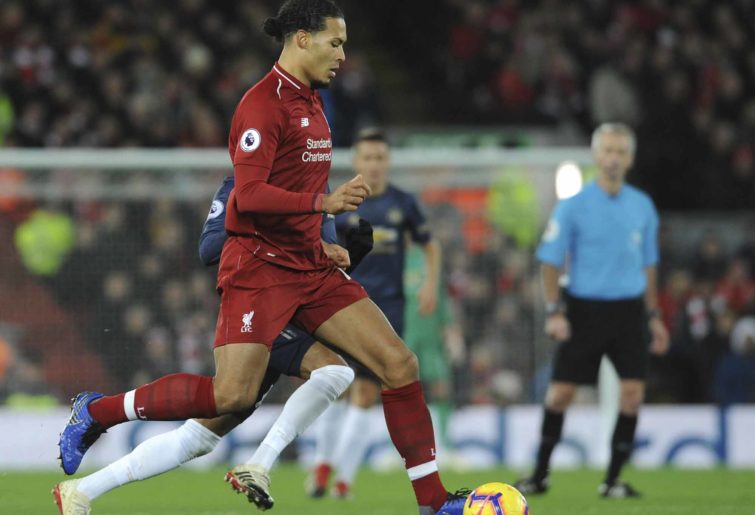 Liverpool made the points safe when Mane added his name to the scoresheet in the 51st minute after a cross from the industrious Liverpool captain Jordan Henderson, who encapsulates the belief which Klopp has instilled in this Liverpool squad.

Mane could not miss as he headed past a scrambling Claudio Bravo and put Liverpool firmly in position to take a nine-point lead over City in the standings.

In truth, City did not really threaten to make a comeback even after grabbing a consolation goal through Bernado Silva after some good work out wide from Angelino. Liverpool’s inner belief and confidence within the squad was evident again as they resisted the pressure from City and were able to defend and attack collectively.

Liverpool’s ability to win late in games this year where their performance has not warranted three points is the hallmark of potential champions. The win against City will only increase the belief within the team and the city of Liverpool that this year could be the year where Liverpool win their first Premier League and English title since 1989-90.

Klopp has built a squad which can now win from all positions with many pundits believing there is still much to come from a team wherein stars such as Mohamed Salah and Roberto Firmino have not fully fired yet. The gap of nine points is a significant advantage but Klopp will be aware that nothing has been won yet and City will not relinquish their title without a fight.

We’re almost at the pointy end of our countdown of the ten best Liverpool signings of the 2010s. Today: pick No. 2. Catch up on the series by reading picks ten to six, pick five, pick four and pick three. 2. Virgil van Dijk £75m from Southampton on 1 January 2018 Perhaps by no more […] 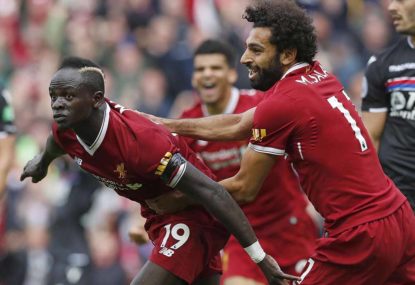 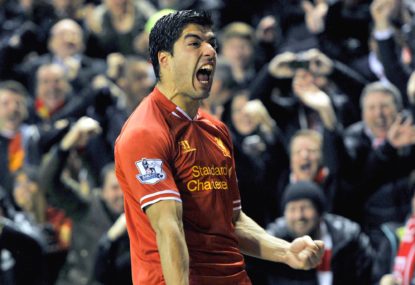