So, let me get this right…

The A-League starts late and ignores FIFA international breaks because it wants to operate in the ‘clear airspace’ that exists between the end and start of the AFL and NRL seasons.

Yet when I watched the news yesterday evening, the leading story was about Brodie Grundy signing a new contract with Collingwood.

There wasn’t a single A-League story on the bulletin.

Meanwhile, the big football story brewing this week has been the farce that will be this weekend’s Big Blue.

All, in part, because of this incessant idea that Australian football is so different from the rest of the world.

We lengthen our off-season so as to not compete with other codes, only to see football take a backseat anyway.

We ignore FIFA international breaks to squeeze all the games into the ‘acceptable’ timeframe and pay by seeing weakened teams in marquee matches.

And people wonder why attendances are stagnant at best and declining at worst?

If you’re anything other than the most diehard Victory fan or looking for an excuse to travel to Sydney for the weekend, why would you spend your hard-earned on flights or fuel, accommodation and match tickets to see your struggling side field an understrength team against the Sky Blues?

Never say never in a Big Blue, but I’d be shocked if Victory could get close this weekend. 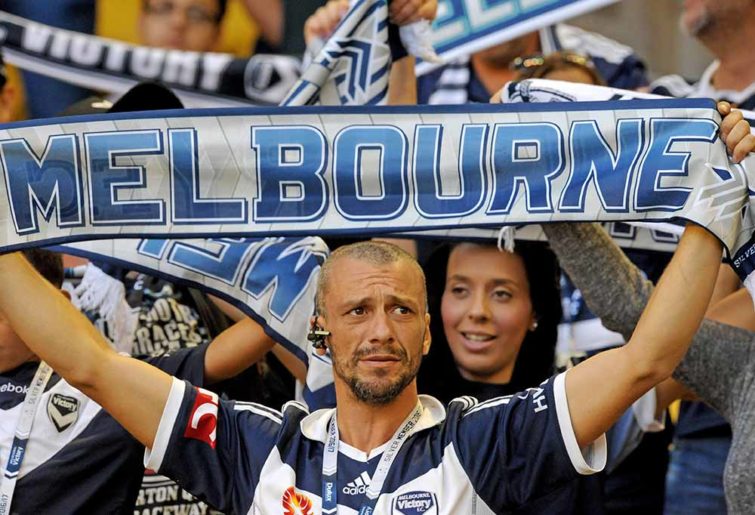 Maybe more than ever, I have enjoyed the A-League this season.

The football, for the most part, has been a vast improvement on last season. There’s a much better spread of quality among the teams and the games themselves have been intriguing.

Best of all, there is a host of genuinely exciting youngsters getting their chance to shine.

When teams are at full strength, there’s a list of reasons to tune in or head to your local stadium and take it in.

But this issue – which Victory supposedly could have avoided had they lodged a request to postpone the game within the league’s stipulated rules (another issue in itself) – is a niggling reminder of how the sport continues to undermine itself in trying to pander to the mainstream.

Football needs to be brave enough to stand on its own two feet.

It doesn’t make sense to hamstring clubs and teams for the sake of maybe getting more coverage during the off-season of other sports.

Mainstream media doesn’t care if the A-League waits until the AFL and NRL wrap up.

The incessant, round-the-clock Trade Week coverage replaced the regular week-to-week coverage of the AFL in Melbourne.

With Trade Week done, next we get treated to contract extension and pictures of AFL teams returning for pre-season training. Soon it will be all about the draft.

The A-League cannot afford to give its true stakeholders – genuine fans who actually care about their clubs and the league – a reason not to turn up to games.