In October 2018 I wrote an article for The Roar arguing that Justin Langer might be, subconsciously, holding Cam Bancroft’s spot open for him.

I pointed to a series of actions he took after becoming coach, including omitting Matt Renshaw from the Test side despite the latter being in good form, omitting Joe Burns from the tour of the UAE, using Usman Khawaja as a temporary opener, and promoting Aaron Finch to opener despite having little first class success at that position.

Let’s look at what’s happened to Bancroft and his rivals since that article.

Renshaw went into a form spiral that he’s still not out of.

Finch had one or two effective moments as opener but eventually failed, never getting a chance to bat at number five (where he normally batted in first class cricket), getting dropped against India, didn’t come close to making the Ashes squad, and is on no one’s “will likely play Tests again” list.

Khawaja played one of the all-time classic innings as an opener in the UAE, then was put back to number three where he did less well against India but got a century against Sri Lanka, made the Ashes squad, underperformed in England and was dropped towards the end of the series. 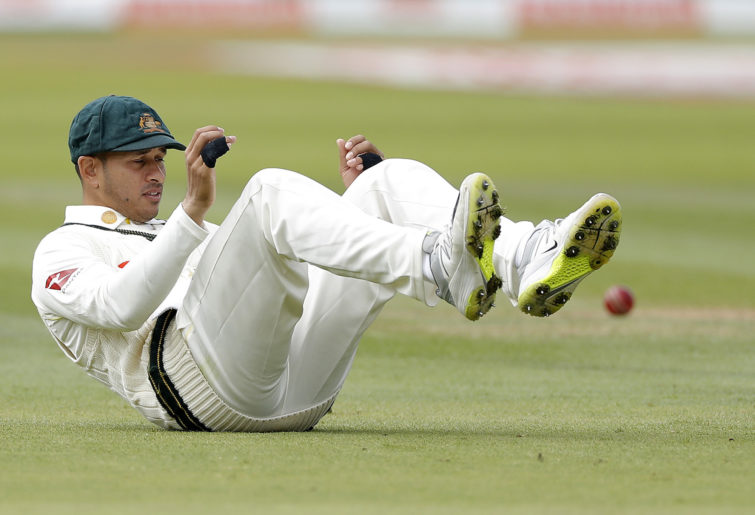 Usman Khawaja is fighting for his Test career. (Photo by Ryan Pierse/Getty Images)

Marcus Harris came in to the Test side against India on the strength of a barnstorming Shield season and had some effective innings, did less well against Sri Lanka, made the Ashes squad but was overlooked in favour of Bancroft, got back in the team and has been dropped again.

Joe Burns was recalled to the Test side against Sri Lanka and scored 180 in the final test, putting him, one would think, in the box seat for the job of partnering Dave Warner in England.

Instead he was overlooked for the Ashes squad (let alone the first XI) as the selectors plumped for Warner, Harris and… Bancroft.

An aside – they might’ve been able to still fit Burns in to the Ashes squad but apparently they had to make room for Mitch Marsh, who was picked on the back of 486 first class runs that summer at 32.4 and 13 wickets at 44.38.

Bancroft played the first two Tests in England, being picked over Harris on the basis of… um, county form, I think, and failed. Harris came in for the next three Tests and failed. Khawaja was never tried as opener.

When the Australian summer began there was a lot of chat over who would partner David Warner (there was some talk Warner mightn’t make the cut but it wasn’t that that loud).

Around a week ago it appeared the main candidates were Burns, Harris, Khawaja and Nic Maddinson… with some observers promoting out-of-the-box choices like Jake Weathereld and Daniel Hughes.

Bancroft seemed out of contention after a poor Ashes tour and bad start to the Australian summer. No one really made an irrefutable claim for selection via their Sheffield Shield matches except for Maddinson.

Harris had incumbency and a Shield century on his side; Burns had should-have-gone-to-England on his favour.

An Australian A side was picked to play Pakistan which included Burns, Harris, Khawaja and Maddinson but not Bancroft.

Maddinson dropped out due to mental health. Instead of bringing in a middle order batsman to replace him like, say, Peter Handscomb or Aaron Finch, the selectors selected opener Bancroft to bat in the middle order… where he proved to be the one person to do something decent in a dreadful team batting performance.

Didn’t make a half century, mind, but in the land of the blind, the one eyed man is king.

Now Bancroft is back in an Australian 14-man squad for the first Test. What’s more it’s a squad that excludes two potential openers – Harris and Khawaja. The only person standing between Bancroft and the resumption of his Test career is Joe Burns.

So… has Justin Langer held Cameron Bancroft’s spot for him?

Well, other people have certainly helped.

Burns, Harris and Khawaja have not covered themselves in glory with the bat over the past few months.

But neither has Bancroft. Yet he gets picked.

Khawaja, whose first class and Test stats overshadow Bancroft significantly, now appears to have a Test career that is, if not over, then in the very-hard-to-come-back-from department.

Bancroft seems to be regarded as a hey-he-might-get-better prospect worth persevering with.

I believe wholeheartedly that everything Justin Langer has ever done as coach (and as a player and a man) has been in what he believes is in the best interests of Australian cricket. 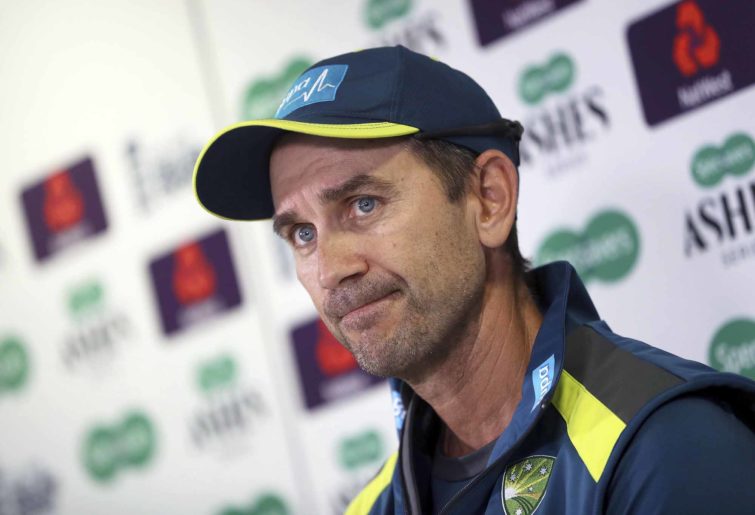 I also believe that Langer (and the selection panel) has, unconsciously, but consistently, sabotaged the career of potential Bancroft rivals in the past 18 months.

I believe that Bancroft still has to score some runs to get back into the Australian Test team.

I also believe he has to score a lot less than his rivals, especially Joe Burns, but also Usman Khawaja, Marcus Harris and even (what the hell I’ll throw his name in too) Daniel Hughes.

Oh, and now apparently Bancroft is a middle order player, so his rivals now also include Travis Head and Matthew Wade. I believe Bancroft will have to do less well than them too.

And I believe that is really, really unfair.