Why Wests Tigers could be the perfect fit for Latrell Mitchell

There has been much written in the last few weeks about the possibility of Latrell Mitchell possibly donning the white black, and gold of the Wests Tigers as early as 2020.

Rewind six weeks and Mitchell was proudly sporting the Sydney Roosters’ tricolours as they fought their way to a second consecutive premiership.

In the wake of that game, knowing Mitchell was contracted for another season at the Roosters having secured his second premiership ring in as many years, it would have taken a brave punter to suggest he would break his contract to play for any other club in 2020. Nobody in their right mind would have considered he would walk away to sign for the Wests Tigers.

Yet here we are six weeks later and there is a very real chance Mitchell will be leaving the henhouse and heading to Concord.

As perplexed Wests Tigers fans begin to believe they could land the biggest star available for 2020 an avalanche of experts, former players and fans have engaged in fierce debate about his worth as a player and more importantly, why such a supreme talent would leave the strongest club in the world for the team with the longest finals drought in the NRL.

One of those questions may have been answered in the last few days with speculative reports of a three-year back-ended deal worth around $2,700,000nbeing offered by the Wests Tigers. If accurate, it works out to roughly $900,000 a season, only $100,000 a season more than the two-year offer the Roosters pulled.

For a club like the Wests Tigers paying that extra $100,000 for a player of Mitchell’s calibre who can also fix their eternal goal kicking woes seems like great value. It also cements his current worth at around the $800,000 mark which at this stage of his career seems right on the money.

The real question is will a move to Concord be good for Mitchell and good for the Wests Tigers? There is no doubt the Wests Tigers have made some objectively poor signings over the course of their finals drought.

Disloyal or generally poor coaches, injury-prone players, overrated players (for their contract value) and players who have kicked stones or phoned it in as a means to ditch their contract have been the Achilles’ heel of a Wests Tigers team desperate to get back to finals footy and into the premiership mix.

Should they poach Mitchell, it will be one of the biggest signings in the clubs history. This, combined with the stability bought by current premiership-winning coach Michael Maguire, a center of excellence on the way and the chance to untether themselves from underperforming players devouring an absurd amount of precious salary cap within the next two seasons could see the signing of Mitchell as the catalyst for the Wests Tigers to enter the fabled premiership window.

It seems a no-brainer that the signing would undoubtedly have much more upside than downside for the struggling club.

For Mitchell however, it seems every wannabe, has-been and everyone in between feels a need to spew out a diatribe of reasons as to why he should stay at a club where he is clearly unhappy despite his premiership successes. In doing so, however, they are ignoring the (non-financial) reasons why making the move to Wests Tigers could be the best thing he could do for his career and himself.

Clearly to play in a team with premiership potential is nothing new for Mitchell. But to do so at a team like the Wests Tigers would be extraordinary.

The Tigers are not the heavy hitters the Roosters are and he has never experienced playing for an NRL team where every match in the season could cost you your season.

At the Roosters, he has the best of everything; outstanding facilities, a rich club, a star-studded team around him and one of the all-time great coaches at the helm. He has never had to consistently push himself when the going gets tough and has (infamously) faded in and out of games.

This has been acceptable because the vast majority of the team alongside him are current or former State of Origin or Tier 1 international representatives (in this year’s grand final, for example, 12 of his 16 his teammates fell into this category.) 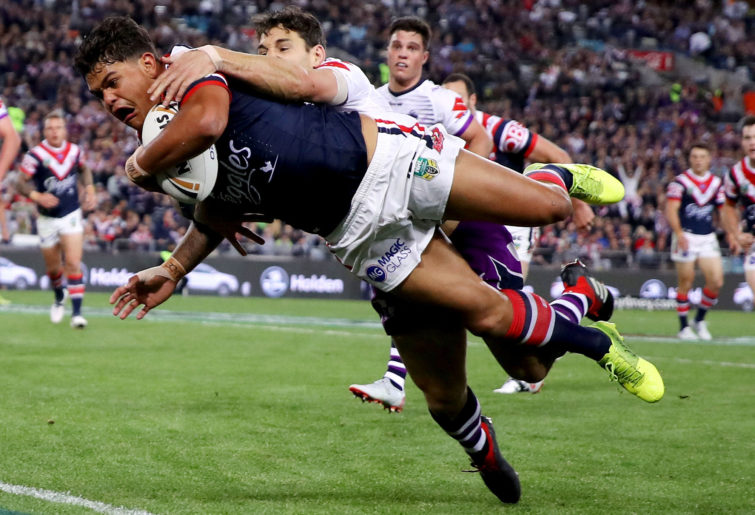 He will need to stay in games longer, have more involvements, require greater fitness and mentally be more resilient than he has ever been at the Roosters just to keep the Tigers in the fight. Wests Tigers fans and club expectations will weigh more heavily because there will be no question he would be the marquee player and should be one of the top performers week in and week out.

However, it is this increased expectation and reliance that makes the Tigers a perfect fit. Mitchell has shown he wants the responsibility.

He is a fighter who we have seen time and again play at his best when he is in a scrap with his back to the wall. He has a strong desire to be the marquee man and strives to be a more complete player demanding excellence from himself and consistently wanting to prove he is the best on the field.

At the Wests Tigers, he will have nowhere to hide if he doesn’t measure up to his own expectations because they will be the expectations of his teammates, the club and the fans. Wests Tigers are also notoriously a team who fight hard for each other because of their lack of genuine x-factor talent.

Mitchell would thrive in a team where he has the potential to be the biggest fighter in a team of fighters, a rallying figure in a team of infinite underdogs.

If he can consistently be the player he strives to be in a team like the Wests Tigers, without battling for the spotlight in a sea of superstars, he will undoubtedly add to his representative tally. If he can take them to the premiership promised land, he will be remembered as one of the greatest players of his generation.

Opportunity sometimes presents itself in the most unlikely of places. Critics knew better when Johnathan Thurston left the Bulldogs for the Cowboys. They knew better when Greg Inglis left the Storm for the Rabbitohs.

Critics claim they know better now as well. But for Latrell Mitchell, the opportunity to achieve the greatness he demands from himself might just be provided in a Wests Tigers jersey.