For a country so close to Australia that we refer to them as neighbours there is something ever so antipodal about Papua New Guinea that the land becomes almost mythical to us rugby league fans.

With its vast green highlands and throngs of passionate fans who count twenty-year-old Kangaroos jerseys as their most treasured possession, for those of us who are constantly barraged with controversy and negativity this sort of unabated passion is almost beyond foreign.

So after England women’s captain Emily Rudge fronted the Papua New Guinea media in front of an almost packed Oil Search Stadium in Port Moresby after her side went down 20-16 to the Papua New Guinea Orchids and regaled in her Cheshire-Merseyside accent how utterly humbling their time in the country was, you couldn’t help but wonder how inconceivable these scenes would have been even five years ago.

This game was the second in a tour funded by Sport England in which the England women’s team took on the Orchids in Goroko, which England took out 24-10 – but the now historic 20-16 Orchids victory at Oil Search Stadium in Port Moresby has signalled the first ever Test win for the Papua New Guinea side since their inception in 2017.

At both fixtures the scenes in the crowd were manic with the passionate locals getting right behind their national women’s side, with scenes far different from their formative days just over a mere two years ago – as demonstrated powerfully in the documentary by UK director Joanna Lester, Power Meri.

The film outlines how reluctant the league loving public in Papua New Guinea were to embrace this team and how open the contempt was towards them early on. But in a country that has concerning statistics around domestic violence and patriarchal culture, this documentary demonstrates how necessary and inspirational this team is for all women who aspire to play rugby league. 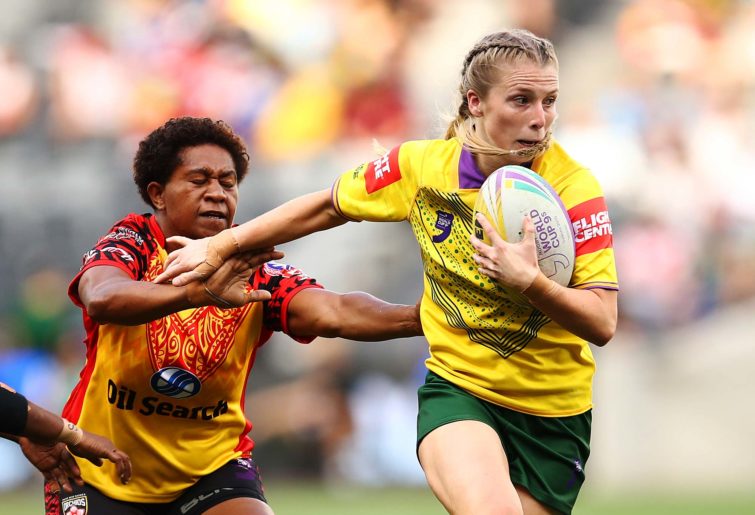 And so these tough women – who flew thousands of miles from their birthplace of the game in Yorkshire and further along the M62 Motorway’s historic Pitt and Mill towns – got an insight into just how powerful this great game can be. Rugby league is far from global, but when you see these two vastly different cultures battle it out in front of one of the most passionate rugby league crowds on earth it feels a world away from the bubble which the game gets accused of sometimes existing in.

Professional women’s sport is a vastly dynamic entity and reaches new levels of fluidity each year. The fact that the best rugby league player in England at present – Courtney Hill – once played in the WBBL with Ash Barty, who is now one of the worlds best tennis players speaks volumes to this phenomenon. Yet as women’s sport grow and investment continues, individual codes and leagues will work hard to exclusively secure the best talent.

Rugby league’s international footprint is small but ever growing and if the game wants to hold onto its best athletes the NRL, RFL and the RLIF need to prioritise Test football. The AFLW has recently completed its collective bargaining agreement – and with the competition once again expanding it’s not beyond the realm of possibility that they will search the whole Australian landscape for the best possible athletes. Yet as big as their domestic competition is, they can never really offer anything on the international front for their best players.

While being dwarfed globally by football and rugby union, rugby league can still offer exciting and meaningful international competition in certain parts of the world and the Australian Jillaroos need to be front and centre in this element of the game.

There has been talk of a Jillaroos tour of the UK and France next year and if the players could see first hand cities like Leeds, Hull and Perpignan and witness their appreciation and passion for rugby league, they could – like the English women after Papua New Guinea – come home with a new understanding that the game is bigger than our little corner of the world.

But until then we’ll always have the amazing achievements of teams like the Orchids, who just a few years ago were emphatically told by their fellow country people that a woman’s place is not on the rugby league pitch. One can only hope that many of the people who said that were cheering them on as they beat England last weekend. 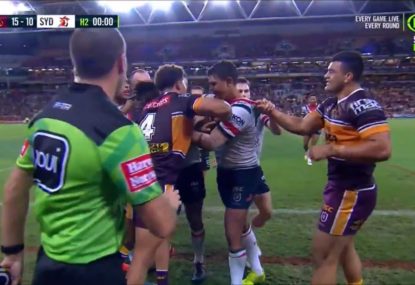 Five days of rugby league lie ahead on the Queen’s Birthday weekend, and to talk you through all the games, The Roar’s NRL expert tipping panel are back on deck ahead of Round 4. 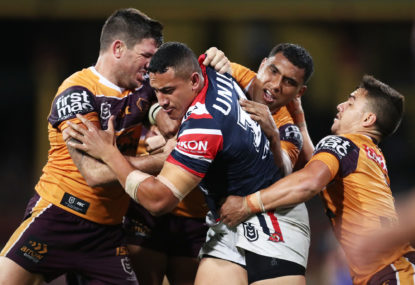 There has been a lot of discussion over the future of Sydney’s stadiums following the New South Wales government’s backflip on the ANZ Stadium rebuild. Reports suggest that the NRL wants four suburban stadium upgrades. These four proposed mini Bankwest Stadiums are planned to hold 20,000 spectators and be located in Manly, Penrith, Campbelltown and […]

I’ve been doing a lot of reminiscing recently – not just small things like seeing friends in person, but with rugby league, too.