Could Steve Smith actually be the best after Bradman?

In recent months cricket fans and media have become somewhat obsessed with Steve Smith, both with the amount of runs he has been scoring and how he’s been doing it.

While that is not surprising given his eccentric yet stupendous Ashes series, what is surprising to me as someone who has been obsessed with Steve Smith’s run-scoring ability for a few years now is why it took everyone so long.

In particular there have been a number of articles and opinion pieces first querying whether – and then mostly accepting it to be true – Smith may well be the second-best Test batsman of all time. On averages alone there is a strong case for this but, as we know, averages aren’t everything. For instance, does anyone seriously think that Ken Barrington was a better batsman than, say, Ricky Ponting?

So as he approaches Bradman’s career runs total I thought I’d take a look at a few other measures of batting performance and see how Smith rates with some of the other contenders to the ‘best after Bradman’, or BAB, title.

I’m going to be slightly heretical and deem that only players who have played 40 Tests or more qualify. That of course excludes two absolute legends in George Headley and Graeme Pollock, who might otherwise have BAB claims.

For what it’s worth, I had always considered Sir Jack Hobbs and Sir Garfield Sobers to be joint holders of the BAB title, but over the years the likes of Wally Hammond, Sachin Tendulkar and Brian Lara could also have made serious claims to the title.

So what’s the case for Smith? Let’s start with some routine career-based measures.

I’ve stopped the list at Hobbs because the gap between Smith and Sutcliffe is the same as the gap between Sutcliffe and Hobbs (and with quite a list of batsmen in between). So while averages aren’t everything, Smith’s is starting to become compelling.

The next measure, runs per test, considers a player’s influence on a match. Only six players have scored 90 runs per Test.

Smith could go scoreless in his next nine Tests and still be on this list. And if I look at the gap between Smith and Sangakkara of 10.84 runs per Test, I see that there are a further 17 batsmen within 10.84 of Sangakkara. 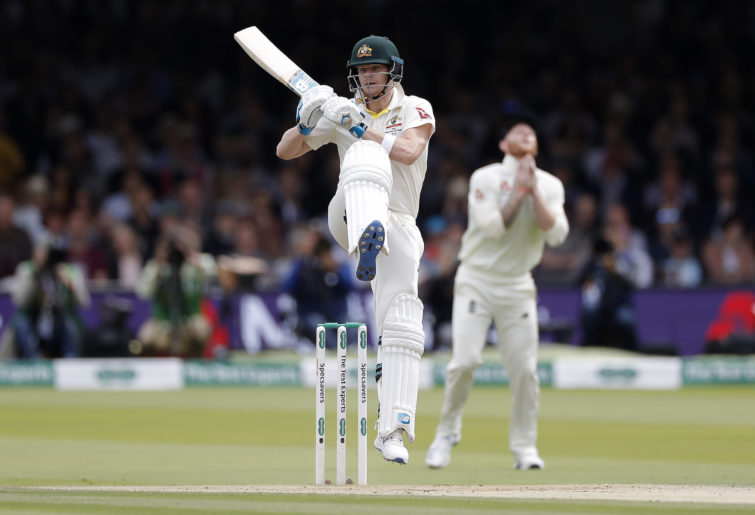 If we move from whole-of-career statistics to measures which look more at peak and sustained performances, a similar pattern emerges. The howstat.com website contains many useful records, and one of my favourites is the highest average after X innings. Bradman obviously dominates up to 80 innings, but from 81 innings to Smith’s current 124 innings the record is frequently swapped between Hobbs, Sutcliffe, Sir Len Hutton, Barrington, Hammond, Sobers and Smith, with the record generally in the low 60s. However, after the recent Ashes series, Smith has again opened up a lead over the next highest, Hammond, after 124 innings.

The ICC player rankings themselves give a good historical indication of peak performance (with a weighting to current form).

The highest ever ratings under this system

One further measure of sustained performance I like to look at is the ‘Bradman career’ – that is, the best block of 52 consecutive Tests during a player’s career. This is a measure which shows sustained achievement for a large portion of a career. Under that analysis the only players to have scored over 5500 Test runs or to maintain an average of over 70 for a block of 52 Tests are:

If we look at outstanding series and match performances, Smith’s name is still prominent.

Statistician Ric Finlay, whose database I have used for many of the analyses in this article, came up with the concept of the ‘bat trick’, where a batsman makes the two highest scores in a Test match. This is a surprisingly rare event, having occurred only 46 times in 2366 Tests. Smith is one of only five batsmen to do it twice – along with Mike Atherton, Inzamam-ul-Haq, Ponting and Frank Woolley – and is unique in doing it twice in a series.

Series aggregates of 650-plus runs

Smith’s total is despite only having played in four five-Test series.

Series aggregates of 750-plus runs

Both of Smith’s were in series in which he played only four Tests, while one of Lara’s was a six-Test series.

Where Smith doesn’t rate as highly is the relative absence of really big innings. He has three (smallish) double centuries compared to, say, Kohli’s seven and has never really threatened to score 300. His conversion rate of 50s to 100s (26/27) is slightly less than 50 per cent and well behind Bradman (29/13) and Kohli (26/22), who are the only two players to have at least two more tons than 50s.

Speed of scoring is also not a relative strength of Smith’s. His career strike rate of 56, while good, is only two runs per 100 balls higher than what the Australian team as a whole has achieved during his career.

Finally of course there is the issue of longevity. While Smith has played Test cricket for nearly ten years (which is as long as Mark Taylor, Bill Lawry and Weekes, for instance, and longer than Michael Slater, Adam Gilchrist and Mike Hussey) he is clearly still in his peak and hasn’t suffered the late-career drop-off that affected most of the greats.

To put that into some perspective, Sangakkara averaged over 59 when he had scored about 12,000 Test runs. For Smith to match that he would need to average in the low 50s for his next 5000 Test runs (which would probably take him into well into his mid-30s to achieve). Scoring 5000 runs at a low 50s average is pretty much Andy Flower’s entire outstanding Test career.

So does Smith have a claim to BAB?

If Smith were 35 and about to enter his final summer with the record he has, I’d say that there would be little doubt he’d be considered the BAB. His career to date across a range of measures compares favourably with any of his rivals for the title, some of whom would be considered certain all-time world XI starters. However, the jury is still out.

With the way he plays, Smith is a likely candidate for the type of late-career drop-off which ultimately undersold the final records of great on-side ‘eye’ players like Ponting (who averaged over 60 at 9300 Test runs but only 51.85 when he retired) or Sir Viv Richards (who averaged 44 over his last 76 out of 121 Tests).

Therefore until we know how it all ends for Smith, I’m not sure we can officially anoint him the BAB yet.