Samu Kerevi made the headlines this week for this whole mess about playing for Fiji in the next World Cup.

However, what caught my attention was that he was named Australian Super Rugby player of the year. This didn’t surprise me as he is Australia’s vice-captain and much-hyped by commentators and pundits.

However, a few comments from other readers of The Roar got me thinking. Most negative comments about Kerevi stem from his lack of passing and poor defence, while those most positive were about his power running game and all the metres he makes.

I have an idea in my head that Kerevi is one of our best players because of what I have been repeatedly told by commentators and the media. But is he? Or is he just a benefactor of a ‘get the ball to Kerevi’ game plan used by both the Reds and the Wallabies? This game plan hasn’t been effective for either team, so I thought I would have a look at how efficient Kerevi really was in attack and defence.

Much talked about is how Kerevi leads the Super Rugby competition in total run metres (1546), but here are a few key facts:

He’s very poor defensively and quite average in attack, but he leads the competition for the total number of runs by a mile with 193. Second place in the rankings from any position in the whole competition is a measly 168 runs by comparison. If you had the most runs in the tournament by that margin, you would hope to have the most metres!

I don’t think that total run metres or total line breaks or total missed tackles, for example, are great stats to gauge a player. Some people might say it indicates work rate, but it is highly influenced by team tactics. Averages work a lot better to show how efficient a player is at what they are doing. 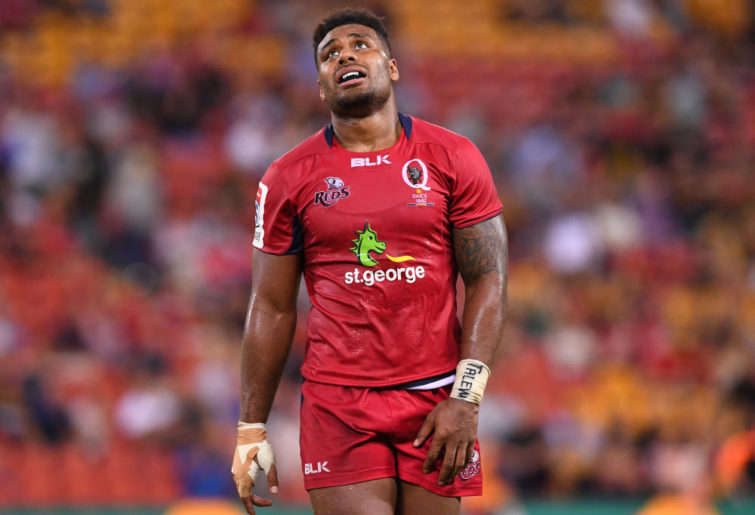 Per cent of possessions passed

Possessions per try or try assist

He doesn’t pass much, he’s not great with metres gained per run, he isn’t the most efficient at scoring and setting up tries and is very poor in defence. You could make the argument he isn’t even the most effective inside centre in Australian rugby, let alone the best player.

I don’t want to completely knock Kerevi as it’s not his fault he was named Super Rugby player of the year. Instead it’s the fault in how we judge players in Australia. To put it into perspective, Ngani Laumape, New Zealand’s Kerevi-style player, didn’t even make the All Blacks squad for the World Cup, yet his stats are far superior to Kerevi’s.

The purpose of this article isn’t to bash Kerevi but to show that we look at the wrong attributes for players in Australia, which translates into poor results. We all remember Kerevi because he makes so many runs. His face is constantly on the coverage, with commentators usually touting another game running over 100 metres. We then make the assumption that he is a great player when in reality there might be much better team options at inside centre for the Wallabies and even the Reds.