Here’s a thought: can Central Coast Mariners coach Alen Stajcic be trusted to get the best out of young footballers?

Because if he can’t, why is he coaching the likes of Sam Silvera, Gianni Stensness and Danny De Silva?

Perhaps there’s a clue there.

One minute Stajcic is out on his ear after being sacked as Matildas coach ahead of the 2019 FIFA Women’s World Cup, and the next he’s one of only ten coaches in the A-League.

That’s despite the fact that Stajcic had only ever coached women’s teams up to that point.

“If only you knew what we knew,” implied a small but significant clique of insiders at the time.

They were right. If only we knew.

Because nearly ten months after Stajcic was sacked as national coach for reasons that remain a mystery, some of the same problems remain.

Namely, ones revolving around transparency and accountability of the board. 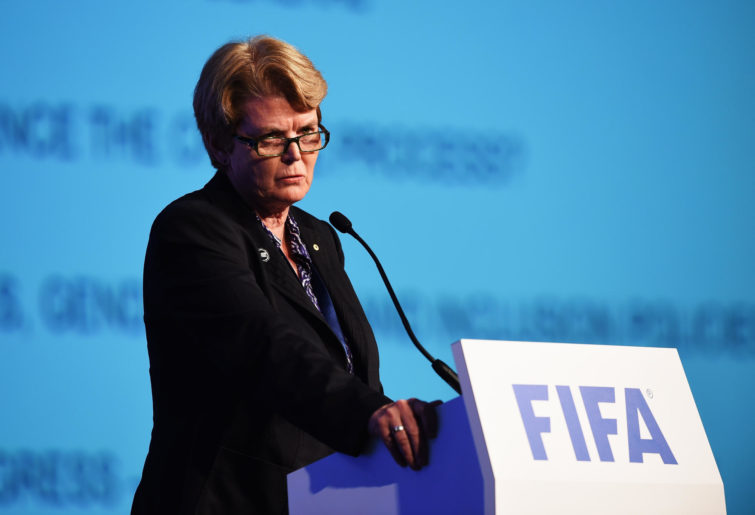 It was perhaps fortunate for the FFA that Stajcic ultimately had an A-League job to turn to, but as Dom Bossi revealed for the Sydney Morning Herald in late May, it didn’t stop them from having to offer him a “significant severance package” and a formal apology from board member Reid.

And as Bossi wrote yesterday, Reid will now resume her role as an FFA director after being awarded a leave of absence last February to battle cancer.

Reid’s a familiar face on an FFA board that will contain two new ones after Robyn Fitzroy and Carla Wilshire were both elected.

Their ascension comes amid rumours that former board members Crispin Murray and Kelly Bayer Rosmarin resigned in protest after allegedly not being informed of an ongoing investigation into the four Olyroos players who were stood down this week by the FFA.

This forces us to ask a question we’ve already asked at least once before.

With all that’s happened over the past 12 months, how we can trust that those in charge of the game’s administration – including that of our national teams – are doing the right thing?

It’s worth acknowledging that if anyone has access to first-hand information about what’s going on in national team camps, it should be the FFA.

Only Riley McGree, Lachie Wales, Brandon Wilson and Nathaniel Atkinson will know quite why they thought it was a good idea to break curfew and engage in the sort of activity that might get them banned from an Olympic Games.

It was ABC journalist Jack Snape who broke the story of the impeding drama back in October.

My exclusive about the unfolding drama around the national junior soccer team and a night out in Cambodia… and a tense exchange with Graham Arnold – coach of both the Socceroos and the junior team. pic.twitter.com/a6v59FvD7l

And while more lurid details have since emerged of what actually happened in that Cambodian hotel room following the 2020 AFC U-23 Championship qualification campaign, the saga could readily have descended into a ‘he said, she said’ affair.

Perhaps that’s why the FFA were so careful to launch an investigation that was at least six months in the making.

And in an age where allegations of sexual impropriety are now treated with the utmost seriousness, that’s perhaps as it should be.

But the problem for the FFA is that they’ve already mounted an earlier investigation that resulted in the Australian women’s national team coach being removed from his post.

And the public still doesn’t really know why.

What we do know is that one of his staunchest critics has just returned to the FFA board, two more directors have recently resigned and Graham Arnold – who doubles as Olyroos coach – now has a monumental job on his hands just trying to get to Tokyo.

We’ll have to trust that the FFA have made the right moves here, and hope for football’s sake they’re not merely the administrators who cried wolf.