Earlier this week it was announced that Emily Smith from the Hobart Hurricanes had accepted a sanction from Cricket Australia for breaching article 2.3.2 of Cricket Australia’s anti-corruption code.

The breach consisted of Smith posting the Hurricanes’ team line-up onto her Instagram account around one hour before the official scheduled release of the team list ahead of the Hurricanes’ game against the Thunder.

The sanction comprises a one-year ban from cricket, nine months of which are suspended. This effectively means that Smith will miss the remainder of the WBBL season as well as the rest of the WNCL season.

Some have called this ban heavy-handed and questioned whether the same result could have been achieved with a smaller fine or a shorter suspension.

I feel sorry for Smith, but I have a couple of questions.

Why did she do it?

The importance of the anti-corruption code is something the players are educated about. But to what extent, particularly in the women’s game?

Women’s cricket in Australia has come a long way in the last couple of years and credit must go to Cricket Australia for how doggedly they have pushed for professionalisation, particularly when it comes to pay. The women who play for the Australian women’s cricket team are classed as full-time professional athletes. Other women playing in the WBBL now have the opportunity to also be full-time professionals and many other women are finding it easier to juggle their commitments away from cricket with their sport.

However, we are not there yet and we’re still not in a position where the WBBL is receiving the same level of attention as the BBL.

So is it okay that the penalty for a breach of this kind is the same across the game?

It is also peculiar that Smith would choose to post that content at all. Smith is a mainstay in the Hurricanes line-up and I don’t recall this game being a special occasion for her. Perhaps she was simply trying to generate some excitement around the fixture. 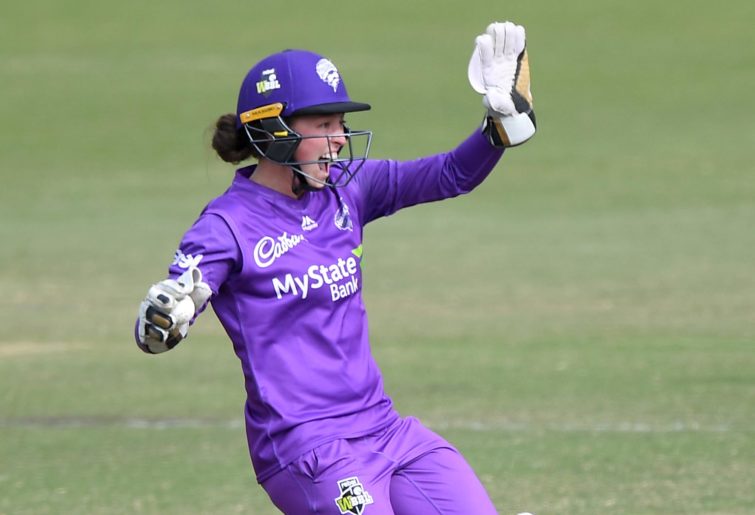 I query also why Smith had her phone with her so close to the commencement of a game, particularly once team lists were being prepared to be announced. How did Smith get a copy of the team line-up? Some questions need to be asked about the team that manage the Hurricanes and whether there were lax procedures in place.

It would also be good to hear about the level of training the players are put through and whether they have an understanding of this policy and how to make sure that their behaviour does not contravene it.

This is not the first time an incident like this has occurred in the WBBL. In 2016 Piepa Cleary was banned for six months from all forms of cricket and also copped an 18-month suspended sentence for placing bets on a men’s Test match. Angela Reakes, who now plays for the Melbourne Stars, also had a 24-month suspended sentence handed to her for betting across several markets in a cricket World Cup.

In a sport occasionally clouded by integrity issues, I understand why this is being taken so seriously.

But I also hope Smith’s mental health and wellbeing are being taken into consideration.

Many have compared this ban to the penalties handed out to Steve Smith, David Warner and Cameron Bancroft last year for ball-tampering.

But there is a key difference here. Smith, Bancroft and Warner were unable to play cricket professionally but were able to play grade cricket and other amateur forms of the game.

Smith does not have that option for the next three months and will feel disconnected from a group of people and a sport that she holds dear.

I hope she is receiving the appropriate support and that we use this situation to ensure that our players are properly educated and understand the impact of their conduct.

As women’s cricket continues to become professional, we need to make sure that our players come on this journey too and are given the appropriate training and support. Because there will be even more focus on them, their conduct and their behaviour.

Matthew Renshaw unwittingly exploited a bizarre catching law to help dismiss Matthew Wade but the Test batsman isn’t sure it will become a regular occurrence.