Pakistan’s chances of winning the first Test had been shredded before they even took the field at Brisbane.

It beggars belief that Pakistan did not pick their best bowler Mohammad Abbas for the Gabba Test, in which the tourists were annihilated by an innings and five runs.

Selecting the correct pace attack is the single most important choice for a visiting Test team in Australia. The Australian pitches demand that a fast bowling unit must have every base covered.

Teams like England have been punished for fielding pace attacks that are better suited to their own conditions, brimming with accurate but gentle-paced bowlers.

South Africa, by comparison, have consistently done well in Australia due to having a nice mix of height, pace, hostility and more subtle skills.

That teenage pair needed to be complemented by an ultra-reliable and frugal seamer, someone who would consistently build pressure and make them more threatening.

It was a role tailor-made for Abbas. The 29-year-old is extraordinarily precise.

Since he made his Test debut in April 2017, Abbas has the second-best economy rate among the top-30 wicket-takers in that period.

He has gone at just 2.46 runs per over, and that rate dropped to just 2.37 in the two Tests he played against Australia in the UAE last year.

In that series, which Pakistan won 1-0, Abbas tormented the Aussie batsmen.

It wasn’t that he was bowling with unnerving pace, gaining sharp bounce, earning disconcerting swing or extracting pronounced seam movement. Abbas was just bowling the ball in the right areas again and again and again.

He was so consistent in his line and length that the Australian batsmen were forced to take risks to try to score freely off him.

Yet Abbas didn’t just hold up one end in those two Tests last year, he also posed a constant wicket-taking threat.

Hoarding 17 wickets at 10, the Pakistani completed the best series of his career, which has yielded an incredible 66 wickets at 19.

How, then, is it possible for Abbas to be omitted in favour of a 16-year-old, a 19-year-old and a veteran in Imran Khan who hadn’t played a Test in more than two years? 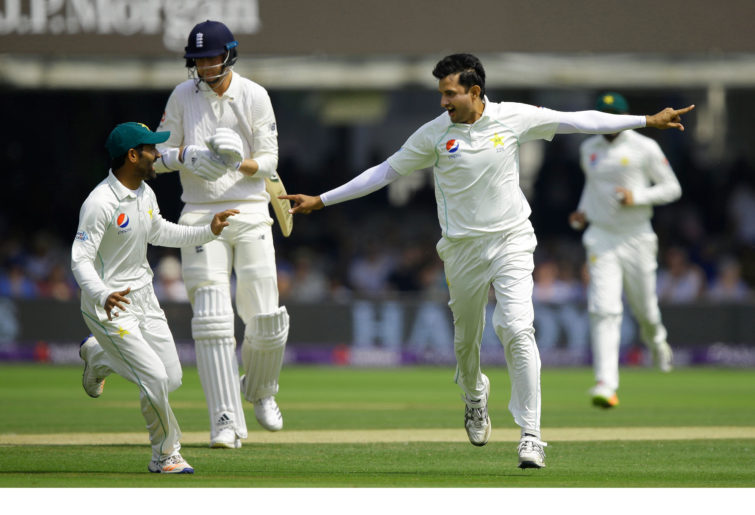 Khan was selected, it seems, to do the Abbas role. Pakistan gambled on the pace and bounce of their teenage pair and picked Khan as the man who would suffocate the batsmen from the other end.

The obvious flaw in that plan is that, when Khan last toured Australia three years ago, he absolutely bled runs, taking 2-154 at a whopping 4.66 runs per over.

Pakistan needed someone who could go at half at that rate. Abbas, who by all accounts had no fitness issues, was the clear, superior option.

Instead Pakistan made the confounding choice to go with Khan, who proceeded to fail categorically in that role.

By the time Australia had put on 222 for the first wicket, the Test was all but lost for Pakistan. Khan, up to that point, had 0-39 from 10 overs.

Not only had he been far too expensive, going at nearly four runs an over, but his captain had used him sparingly – he had bowled just 10 out of 61 overs in a four-man attack.

The two teenagers and leg spinner Yasir Shah are not built for economy. All three are attacking bowlers who seek wickets above all.

With Abbas by their side, bowling dot ball upon dot ball, they would have been a far better balanced and more dangerous unit.

Instead Afridi was forced to dial back his pace, shorten his length and take on the unnatural role of being a stock bowler. He ended up trying to fill in for Abbas.

When you have a 198cm tall left armer who can hit 150kmh, you do not ask them to concentrate on maidens.

Afridi should have been operating in the same way as his teenage teammate – charging in and looking to hurry the batsmen.

With Abbas bowling dry and Yasir wheeling down long spells, the Pakistan attack would have been quite well balanced. The presence of Khan instead of Abbas ensured that it was an unbalanced mess.

That Australia piled up 580 without any input from superstar Steve Smith was as much an indictment on the Pakistan selectors as their bowlers.