Mental health at the forefront of summer of cricket

Australia has started the summer of cricket with a crushing innings defeat of Pakistan up at the Gabba in Brisbane.

The return to form of David Warner as well as Marcus Labuschagne hitting his first Test century highlighted a dominating performance by the Australian team.

As it happened: Re-live The Roar’s live blog.

These were much needed headlines for Cricket Australia as much of the lead up had been overshadowed by the mental health and well-being of high-profile Australian cricketers.

This has lead to Glenn Maxwell, Will Pucovski and Nic Maddinson stepping away from the chance of playing for Australia for mental health reasons.

The rise of professionalism and the intense bubble that elite sport stars find themselves engulfed within leads many individuals to begin to fall out of love with the game.

Former Test captain Mark Taylor believes this could be just the tip of the iceberg where players are unable to detach from the professional environment they find themselves surrounded by, “Yes cricket seems to be the one in the spotlight at the moment, but I think this is something that sport in general has to deal with, real honest communication is absolutely paramount here”.

Mental health is not dictated by success but is rather a much deeper state which Cricket Australia and the state associations must now do some serious work on, so as to create the correct supportive environments.

Indian captain Virat Kohli has been one of Maxwell’s biggest supporters in making his battle with mental health public, “What Glenn has done is remarkable and has set the right example for cricketers all over the world that if you’re not in the best frame of mind you try, and try and try, but as human beings you reach a tipping point at some stage or the other.”

Cricket Australia to its credit is taking action in ensuring the mental health of its cricketers is the top priority. Orygen, a youth health consultancy, has been involved in taking a detailed survey of all the Australian Test players, creating a snap shot of the emotional state of both our male and female cricketers.

Former Test captain Steve Smith has also spoken of his own mental struggles after the ball-tampering incident in South Africa.

Smith has now teamed up with media personality Gus Worland to encourage young men to open up about their own mental struggles through the Gotcha 4 Life prevention charity.

Only recently Smith and Worland attended a state high school in Sydney’s suburbs as Smith opened up to tell the story of how his life had fallen apart.

Only a couple of hours later two boys who had been acting unusually in the playground summoned the courage to separately walk into the principals office and confess thoughts of taking their own lives that weekend.

Smith’s speech had resonated with the two boys enough for them to seek help, “Gus gave me a call and said, ‘off the back of your chat, two kids have gone into the office and want to get help.’ They had some pretty bad thoughts going on in their mind and they wanted to get some help now. It was one of my first chats at a school. And it was like ‘wow’. This is really powerful and it can really make a difference.”

The ability for high-profile individuals who on the surface seem to have everything is important in helping spread the importance of mental health and that opening up about mental struggles needs to be encouraged.

What has been encouraging further is the courage of high-profile cricketers who have put their own interest ahead of selection.

This is imperative if mental health is truly going to be tackled by Cricket Australia and society as a whole. This action would have been unlikely in the past as players and individuals would have been told to just harden up. English Journalist David Frith in his book, Silence of the Heart, which was published in 2001 talked about some of the greats from the golden age of cricket including Andrew Stoddart, Albert Trott and Sidney Barnes who all took their own lives.

The Cricket Australia will now need to closely examine the environment of professional cricket and what causes these extreme reactions and how others are coping as they come through the system.

These questions far outweigh and supersede all others in cricket. They are resonated through the late Peter Roebuck, “Be gentle with yourselves, my friends, and do not expect more of life than it can give.”

The summer of cricket may provide plenty of highlights for the Australian public as the Australian team looks to defeat both Pakistan and New Zealand. The action and progress away from the limelight though may prove even more pivotal for Australian Cricket in providing a supportive and empathetic environment for its cricketers. 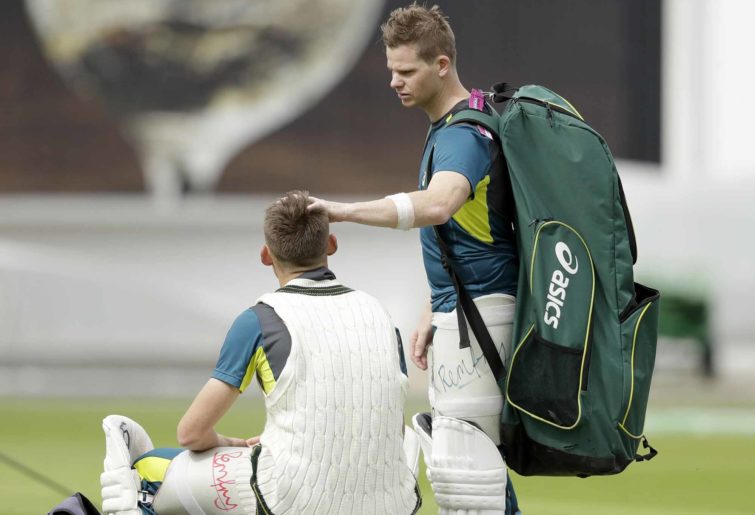