Strip international cricket from the Gabba

Under 5000 people saw Australia win on Sunday at the Gabba.

Barely 13,000 turned up on Day 2, when David Warner got a ton. Warner looked primed to turn that into a double on Day 3, with Marnus Labuschagne also looking the goods for a 100. Surely that would bring in the crowds? On a Saturday after all, with clear skies. Nope. Same old low crowds.

No camera angle could hide the empty tiers.

And yet, it’s been the same at the Gabba year in, year out whenever an opposition team walks out without three lions on the shirt. It’s as offensive as it gets, and paints the cricket public in Brisbane in a poor light.

Sure, a slightly boosted figure when night Tests have been scheduled there, but nothing impressive.

Even the ODIs and T20I audiences have dropped off.

The excuses that the matches (particularly Tests) are on during school days doesn’t wash. Most of the Australian Test summer is during school time and yet Perth and Adelaide get better crowds faced with the same issues. The fact that the Gabba fills up for Ashes cricket shows this isn’t an issue.

The excuse that the Gabba is a poor facility just doesn’t wash either. It’s not – it’s actually quite decent as Test facilities go. An all-seater 42,000-capacity stadium is a hard find in cricket outside Australia and India. And the fact it fills up for Ashes cricket is indicative the facilities are fine. 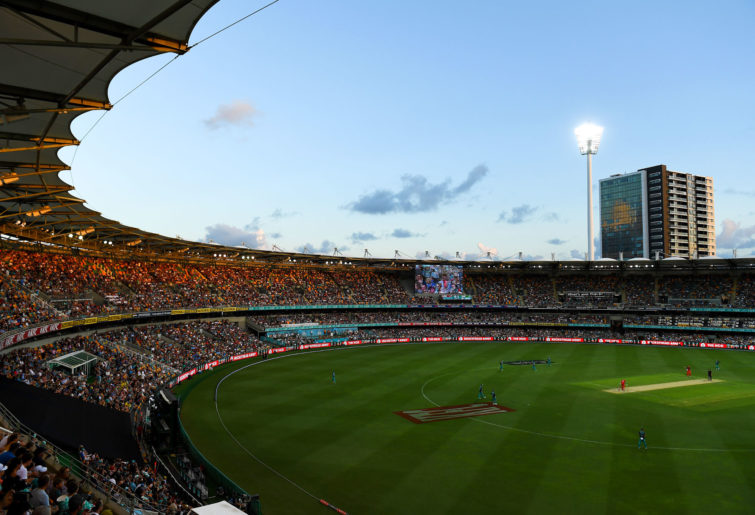 Australia also has a phenomenal record there, and yet the people still won’t go? The All Blacks are unbeaten in Auckland since the ’90s and yet they still pack out the stadium even though it’s a foregone conclusion who will win. Funnily enough, the public like to see their national side win and revel in individual successes. Not in Brisbane though.

Perhaps it’s been the quality of the opposition? The purist fan (myself included) isn’t seeing a contest, so why go? A fair question, yet the English have generally provided the worst competition at the Gabba and people turn up to that, but ignore for example a full-strength South Africa in 2012. Go figure.

Can’t use accessibility as an excuse – the SCG is the worst of the lot. People walk two kilometres from Central in January heat to go. Or they abandon hope and drive. The attendance for Ashes games at the Gabba is proof that this isn’t an issue.

No, the Brisbane public have stopped caring about international cricket, unless it’s England, plain and simple. And it’s myopic and offensive to the other nations. They deserve to tour a nation and play at grounds where the public provide more than token respect.

So what should be done? I’ll dispense with listing all the options and go straight to my preferred two – both featuring a stick approach. No carrots.

One is to re-create a broadcast blackout for Gabba Tests, like the way it was less than 20 years ago. If you are in Brisbane and you want to watch the Test, then off you go and watch it at the ground. Blackout policies still exist in the US for football, and in England (no broadcasting of any match at 3pm on Saturday). It’s not controversial and would be an easy test to see whether this lures people from the couch.

If option one still doesn’t bring in the crowds, then ban the Gabba from hosting cricket indefinitely. Ban it until the people can demonstrate a willingness to return. There are plenty of other venues that would love to host more cricket (Canberra, Hobart and even regional venues like Newcastle or Geelong). Huge call, but if this myopic and offensive “I only care about England” attitude by the Brisbane public continues, then take away the games from them.

There’s more to cricket than just Ashes Tests. Other venues and cities in Auatralia know this. Time for Brisbane to be punished into learning this too.