Trial by media: Australian rugby’s broadcast future to play out in public

On the surface, news of competitive tension around a broadcast rights negotiation is great news for rugby in Australia.

But it’s the details and the nuts and bolts of what’s causing that tension that has rugby fans more than a little bit nervous about the future of the game at the elite level.

The Fairfax headlines on Sunday night made for interesting reading. The notion that Fox Sports, the only broadcaster the Super Rugby competition in Australia has ever known, was “threatening to sever its two-decade relationship with rugby union” was on one hand, hugely concerning for the game we know and love.

Foxtel had “withdrawn its offer for the five-year rights to the Super Rugby competition, the National Rugby Championships (sic) and Wallabies Tests,” according to the report, confirmed by “Senior Foxtel sources”.

But on the other hand, the cause of the reported withdrawal could only be seen as a welcome development.

“Optus has expressed interest in the broadcast rights, potentially looking to expand its digital live sport offering with a deal worth in the ballpark of $30 million a year,” the Fairfax report continued, with the implication that not only would the Optus offer top whatever Foxtel had scribbled down, but that it had figuratively and maybe even literally blown the incumbent’s offer off the table.

Buried in among all these key quotes was one just as important, and one that I’ll come back to shortly: “…there was still a chance the pay TV company and Rugby Australia could reach a deal.”

Listen to Brett and Roar editor Daniel Jeffrey discuss the broadcast negotiations in the player below!

Curiously, The Australian, effectively a stablemate of Foxtel under the behemoth News Limited umbrella reported on Sunday night that, “Rugby union risks turning into a third-tier sport in Australia after Rugby Australia walked away from a Foxtel offer to broadcast Tests and Super Rugby.”

It’s an obvious contradiction to the Fairfax report as to who walked away from whom, and equally obvious that both can’t be right. And it would be rather surprising if the stablemate was trumped by the competition.

Regardless of who walked first, what is clear is that Rugby Australia have welcome competition on their hands. As awkward and less than ideal that this latest instalment of Negotiation by Media 101 might be for the governing body, it makes for a nice change.

Only sporadically have Australian broadcast negotiations experienced genuine interest by potential alternate broadcasters on local shores, but that interest has never materialised into the rights changing hands.

RA themselves fired a salvo in return on Sunday night, attempting to clarify the situation by saying that only “general discussions” had taken place with the “broader market” about the next rights deal.

“No formal negotiations with the broader market have yet taken place,” they said in their brief statement.

“Rugby Australia will commence a formal rights offer process at an appropriate time before the end of the current rights period.

“Rugby has had a 25-year partnership with Fox Sports and continues to be in discussions with their key executives.” 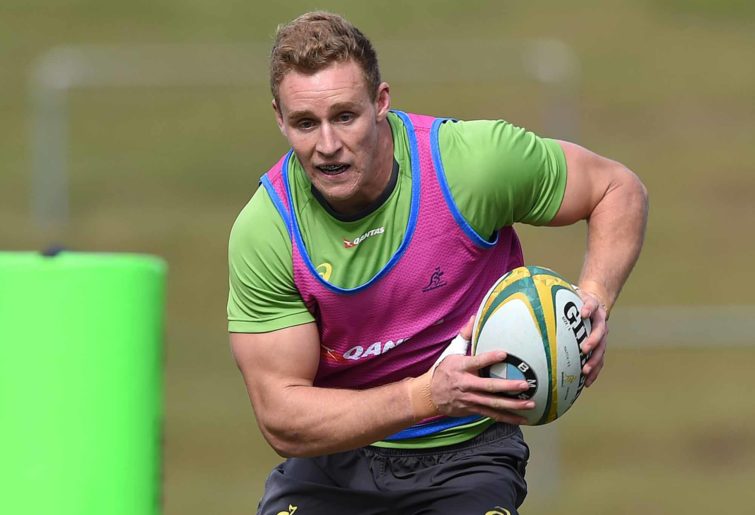 So what exactly had Foxtel withdrawn? And regardless of who walked first, what has anyone actually walked away from? Probably nothing. Negotiation by Media 101.

Now, the bit I was coming back to: “…there was still a chance the pay TV company and Rugby Australia could reach a deal.”

Foxtel have, of course, played this card before. Back in April 2018, as tensions rose between suitors and Cricket Australia for the broadcast of cricket in Australia from 2019 to 2023, Fairfax again reported that Foxtel had made a not-unsubstantial offer in conjunction with the Seven Network to broadcast every ball bowled in Test and one day international games, as well as the Big Bash League.

There was back and forward about the size of the offer, and then suddenly the networks got a bit fed up with CA’s management.

Foxtel’s director of sports supposedly hung up on Cricket Australia’s negotiating team, and The Weekend Australian ran an article on the Saturday claiming the pay-TV giant was bailing out of the deal.

The following Friday, Fairfax again reported News Corp was back speaking with Cricket Australia executives, and lo and behold, a matter of days later, Cricket Australia announced a record six-year deal with Fox Sports and the Seven Network reportedly worth $1.2 billion to broadcast every ball bowled in Test and one day international games, as well as the Big Bash League.

The quarter of a century association between Fox Sports and Rugby Australia is a significant point this time around, and one that neither side will readily overlook. The 2020 season will be Fox Sports’ 25th year of covering the competition, just as the competition itself begins its 25th season.

Furthermore, Super Rugby and the Rugby Championship have been a Fox Sports staple that predates any of the record deals it has since signed with cricket, the AFL, or the NRL. Much of its initial subscriber base signed up just so they could watch the new dawn of professional rugby.

If it’s reasonable to suggest that Rugby Australia can hardly afford Foxtel to walk away, then it’s equally reasonable to suggest that in the current climate of decreasing subscriptions – particularly when viewed alongside the rapid growth of its streaming offshoot, Kayo Sports – Foxtel similarly can’t afford to lose what would still be a significant number of subscribers.

So it’s fair to say that this latest episode has a way to go yet.

Optus’ interest may well be real, and it’s interesting to note that there’s been no denials or attempts to clarify reported figures on their behalf.

Regardless, and for all the handwringing about what RA CEO Raelene Castle has supposed buggered up in her not-quite two-year tenure, how this plays out will certainly be her biggest failing or her greatest triumph. This could yet be an unexpected win for Rugby Australia, but only if handled very delicately.

The future of the professional game in Australia is going to play out in public, and it will undoubtedly be the biggest test of Rugby Australia’s current and incoming leadership.