New Zealand’s monstrous victory over England in the first Test on Monday has again underlined what a serious threat they pose to Australia in the upcoming three-Test series.

The Kiwis were merciless, keeping thir opponents in the field for 201 consecutive overs as they declared for 9-615, before skittling the tourists to win by an innings and 65 runs.

This continued a recent habit of smashing their Test opponents – in their last 14 Tests the Black Caps have recorded seven innings victories.

In this two-year period, they’ve had two innings victories over England, two against Bangladesh, and one versus each of Pakistan, Sri Lanka and the West Indies.

They have been particularly brutal against the Poms. Last year, the Kiwis humiliated them in Auckland, bowling England out for 58 on Day 1, before going on to win by an innings and 49 runs.

This week’s win was similarly demoralising, as New Zealand proved vastly superior with both bat and ball. England’s bowlers were exposed, yet again, as being heavily reliant on home conditions and the helpful Dukes ball.

The New Zealand attack, meanwhile, did a terrific job by keeping England to a sub-par total of 353 in the first innings before rolling them for just 197 on the final day.

England’s opening bowlers, Stuart Broad and Jofra Archer, were hyped as a major threat. Instead they flopped, combining to take just 1-171.

At 5-197 the home side were under pressure before the Test was turned on its head by wicketkeeper BJ Watling (205), all-rounder Colin de Grandhomme (65) and spinner Mitchell Santner (126).

From that point the home side made 1-380, as those three cricketers batted brilliantly. 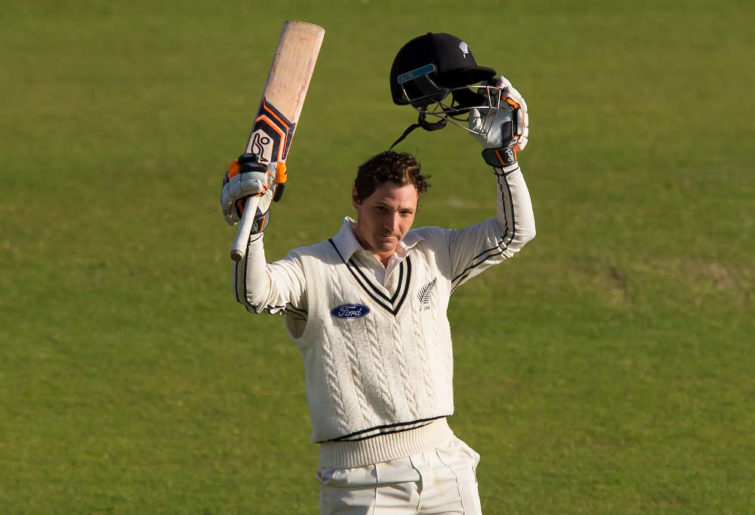 Watling and de Grandhomme confirmed why they are both vastly underappreciated Test cricketers, at least outside of their home country.

Santner, meanwhile, finally exploited the batting talent he showed on Test debut in Adelaide four years ago, when he made 45 and 31 on a seaming deck under lights.

Even before his incredible double ton in this Test, Watling would have been my pick as the wicketkeeper in a World XI. First and foremost, he is a fine gloveman who excels standing back for the quicks and is neat to the spinners. With the blade, meanwhile, he has a knack for making important runs.

Like Australian champion Steve Smith, Watling seems to thrive on adversity. Tough batting circumstances often bring the best out of him.

Now Watling has discovered rich form just before his side ventures to Australia to try to win their first series here in 34 years.

In his last three Test knocks, he has made 205, 105* and 77. With a Test batting average of 41 and eight tons to his name, Watling offers a clear advantage over Australia, whose wicketkeeper, Tim Paine, averages 31 with the blade and has never scored a Test century.

The Kiwi gloveman gives New Zealand an insurance policy in their middle order. He has the patience, composure and tight technique of a top-order batsman. As a result, Watling is very hard to dislodge, facing 94 balls per dismissal on average in his Test career. That is a higher figure than any of the current Australian batsmen, bar Steve Smith (114 balls per dismissal).

Because Watling is such a rock at six in the order, it allows number seven de Grandhomme the freedom to embrace his naturally aggressive game.

This is the other clear edge the Kiwis have over the Aussies – the presence of a genuine all-rounder. Rather than being a bits-and-pieces player, this burly 33-year-old justifies his selection as a batsman, averaging 40 in his 19 Tests. A savage striker of the ball, de Grandhomme plays in a style similar to Adam Gilchrist. From his first delivery faced, if the ball is there to be hit, he throws his hands at it.

What makes de Grandhomme so crucial to the balance of the New Zealand side is that he’s also an elite fifth bowler. His record would be good even for a specialist quick – 38 wickets at 29, with a remarkably frugal economy rate of 2.43 runs per over.

To put that into perspective, compare it to some of the world’s most accurate bowlers – Vernon Philander (2.66rpo), Josh Hazlewood (2.77) and James Anderson (2.87).

De Grandhomme also adds to the variety of the pace attack. This week, the hosts fielded four quicks with distinct styles – the nagging medium pace of de Grandhomme, the right-arm swing of Tim Southee, the left-arm swing of Boult, and the left-arm, short-ball-focused approach of Wagner.

Such variety is key to be effective in Australia.

The Kiwis also have, in reserve, an express quick in Lockie Ferguson. Their pace stocks are impressive and their batting line-up is solid from one through seven.

But amid all this talent, Watling and de Grandhomme offer the most crucial points of difference in the upcoming Tests in Australia.