Alex Blackwell will bring her record-breaking career to an end after the Sydney Thunder veteran announced she’ll retire at the end of the Women’s Big Bash.

Blackwell confirmed on Wednesday that this summer would be her 19th and last in women’s domestic cricket, two seasons after stepping away from the international game.

One of the finest batters of her time, Blackwell is Australia’s most capped international player and played a key part in the growing professionalism of the game.

She scored more than 5,000 runs for her country, and captained the team to the 2010 World Twenty20 success.

In the Big Bash, she is the Thunder’s leading run-scorer across both the men’s and women’s competitions and led the club to the inaugural title.

She had toyed with the idea of retirement last season, but opted to play on into a record-equalling 19th Australian domestic season while handing the captaincy to Rachael Haynes.

The 36-year-old told teammates of her decision after Wednesday’s win over Melbourne Stars, where she hit 65 to guide them to a much-needed victory to keep their finals hopes alive.

“I’d decided before the match that I was going to retire. It’s got to come to an end at some point,” Blackwell said.

“There’s been many highlights, but what’s been really cool (this season) is watching the next generation of Thunder players grabbing their opportunities.

“It’s been very special to be a part of that – I’m really satisfied.

“I’ve been really happy with (the role of) mentoring out in the middle. I had an opportunity against the Stars to bat with (16-year-old) Phoebe Litchfield and Saskia Horley.”

The Thunder must beat Melbourne Renegades in their final round match on Sunday to reach the semi-finals.

Blackwell’s career came at a point of dominance for both NSW and Australia.

A long-time captain of NSW, she won 14 Women’s National Cricket Leagues with the Breakers as they dropped just two 50-over titles throughout her career.

She is now a member on the Cricket NSW board, where she became the first woman in the 160-year history of the organisation to do so last year.

The second part of the CommBank T20 series will hit the Junction Oval this weekend. 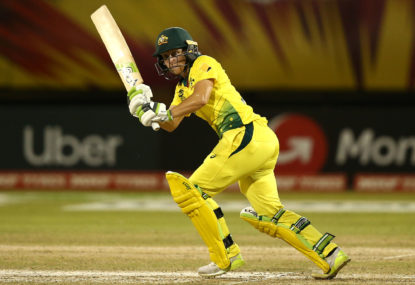 The year 2019 has been another incredible one in women’s sport with several teams and athletes dominating both domestically and on the international stage.

Aussie women's cricket the best its ever been

There is no doubt about it. When it comes to women’s cricket, this current Australian women’s team is the best there has ever been and now they have the record to prove it. With their ODI win against Sri Lanka at Allan Border Field on Wednesday, the Aussie women have made cricket history with a […] 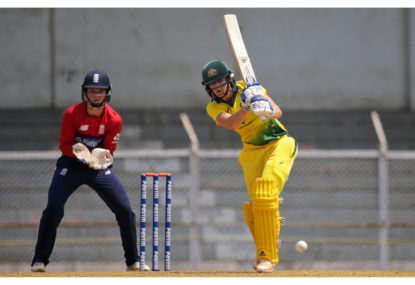 Aussie women's cricket the best its ever been