Australia have been dominant so far in the summer of cricket.

The Aussies will look to keep a strong form line rolling as the pink ball and bright lights hit Adelaide for a Day-Night Test to conclude their series against Pakistan.

The Aussies were completely dominant in Brisbane, winning inside four days by an innings and five runs, with Pakistan’s new-look pace attack, new regime under Azhar Ali and new-look selection team led by Misbah left shellshocked.

That all came without the production of Steve Smith, as David Warner rediscovered his form, Joe Burns locked his spot away at the top of the order and Marnus Labuschagne further secured his spot at first drop with a big century.

That, added to the production of the bowlers, who were simply outstanding at a ground which has been exceptionally kind to the Aussies over the last couple of decades, was just too much for Pakistan to handle.

Pakistan, of course, made their own mistakes, with Mohammad Abbas sensationally left out of the team, and a massive collapse reducing them to rubble after a pretty good start on the opening morning of the match.

Their inexperienced bowling attack also had some nice moments, but as a general rule, struggled for consistency and allowed the Aussies – particularly on Day 2 – to score with far too much ease. 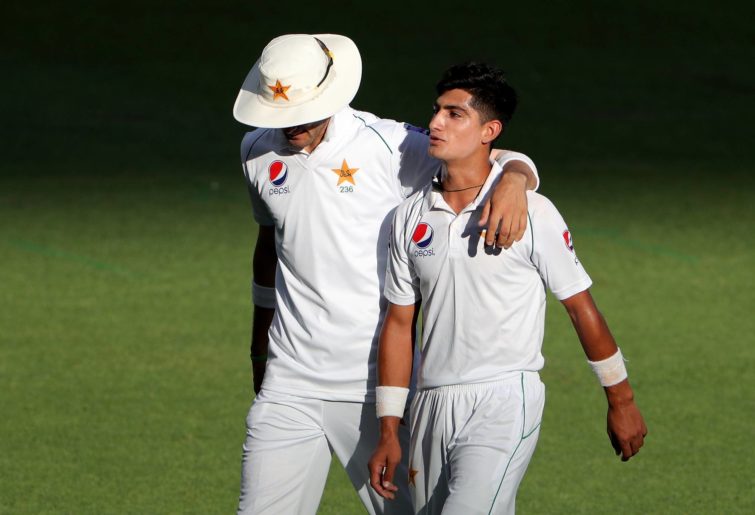 Pakistan will be better for the run, and the pink ball may suit their own attack, especially after an impressive performance under lights in Perth during their tour match, but they have a lot of ground to make up in Adelaide.

The Aussies are in great form right up and down the order, and look more settled than they have been in a year and a half, so on home soil, it’d be hard to see them dropping a Test to most nations at the moment.

While Australia holds a dominant past over Pakistan, now having won all of the last 13 Tests between the countries in Australia, they have drawn three of the four matches in the South Australian capital, and stunningly, haven’t played there since 1990.

In saying that, the venue plays a little differently now, not to mention the idea that pink balls and lights will be involved, which has seen results in all four matches since the introduction against New Zealand, England and South Africa, before a red ball returned against India last year.

While Australia lost to India last year, they had won the five previous matches, and have now won 16 of their last 23 Tests at the venue, with a further four of them drawn.

Australia
It’s been a while since Australia went into a Test with an unchanged XI, but that’s exactly what they will do for this one against Pakistan.

The team who won inside four days in Brisbane, with runs flowing and little stress on the bowlers, will back up for the return leg in Adelaide. 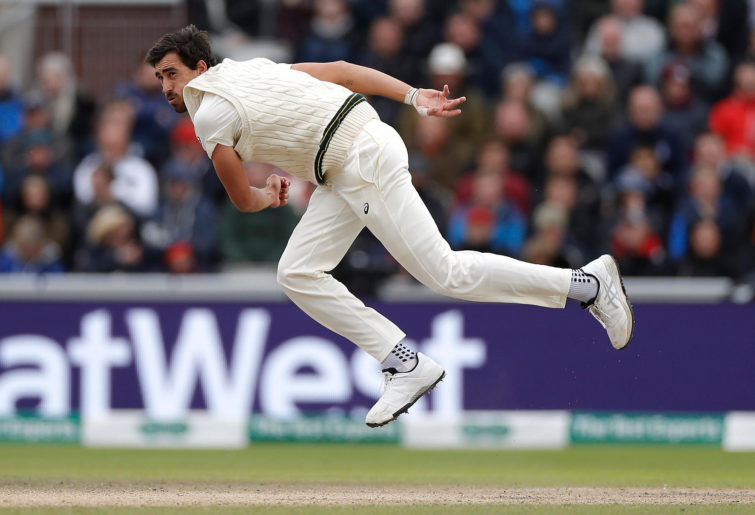 It means Cameron Bancroft, Michael Neser and James Pattinson miss out again and will be released to Sheffield Shield duties.

Pakistan
While Pakistan are yet to confirm the XI they will run with (at the time of writing), it’d be a surprise to see them run with the exact same XI as the one who played in Brisbane.

The first change which is absolutely necessary is to bring in Mohammad Abbas.

The experienced pace bowler will add some mettle to their attack, and in a game which might feature some rewards for bowlers who can move the ball off the seam, he is a must to include for the tourists.
Who misses out is the trickier part of the situation. Shaheen Afridi has surely got his spot secured, so it comes down to Naseem Shah and Imran Khan.

Naseem, the 16-year-old, was exciting in Brisbane, and really only bowled on one day, so it would be a shock if they didn’t go for his extra pace over Imran Khan, who didn’t bowl that well in the first Test of the series.

The other change which is a must is to remove Haris Sohail from first drop. Imam-ul-Haq is the man to come into the side, with the only question being whether he bats at three, or replaces Azhar Ali at the top of the order.

Keys to the match

The Aussies will need to handle swing and seam
If there is one thing the Aussies didn’t manage very well in England, particularly at the top of the order, it was swing and seam bowling.

Now, Pakistan are hardly likely to bowl with the same accuracy and levels of movement in Adelaide as England did with the Dukes ball during the Ashes, but it’s hard to see them being as poor as they were in Brisbane once the lights are flicked on and a bit of extra grass is left on the deck to protect the pink ball.

While runs flowed for the home side in Brisbane, they didn’t all Ashes series, and this will be a good chance for players like David Warner, Travis Head and Tim Paine to prove themselves in a potentially volatile situation where hard yards will have to be done to get going.

In the match against Australia A at the start of the tour, a team featuring Joe Burns and Travis Head, as well as a number of other Test hopefuls, were skittled by the visitors for 122.

That saw Shaheen Afridi and Imran Khan bowling well – and while I’m vouching for Imran to be dropped – Naseem Shah was great in the second innings, and Yasir Shah was economical.

On paper, Abbas matches up well with the pink ball as well, and it’d be something of a shock to see Pakistan not put in an improved performance in conditions which should suit them much more than those in Brisbane.

Australia’s top order technique is the big question to be answered in these conditions, but with Marnus Labuschagne and Steve Smith in the side, confidence should be high regardless. 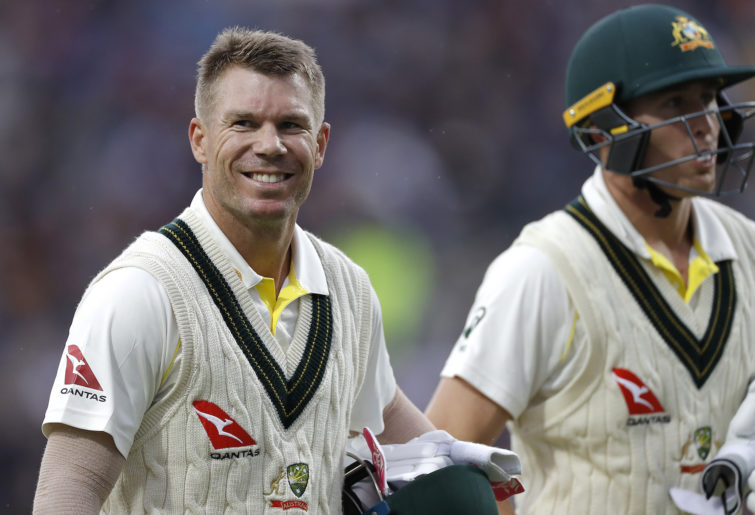 Azhar Ali must rise, and Pakistan can’t collapse
Pakistan’s batting had two major problems in Brisbane – firstly, the way they collapsed in a heap during both innings to put themselves on the back foot, and secondly, the lack of production on the run-scoring list from their skipper.

While Ali was a major part of the reason Pakistan got away to a good start on Day 1 of the match as he was involved in a 75-run opening stand with Shan Masood, it was pretty much all downhill from there for Pakistan.

Masood got out on 75, then Ali got himself out two balls later. Haris Sohail followed, and so did Babar Azam, with Pakistan losing four for three in the space of 38 balls.

That is embarrassing, but the second innings saw them collapse to 3 for 25, indicating they learnt approximately nothing from the first innings capitulation.

Partnerships are so important in the art of batting, but so is the set batsman knuckling down after the fall of a wicket and ensuring another one doesn’t fall shortly afterwards.

While Ali was the first man out in the second dig, that was most worrying about his first innings, where he followed Masood off the ground in the space of two balls, meaning Pakistan went from the comfortable position of 0/75 to 2/75.

Of course, speaking of Ali, it’d be unfair to mention his complete lack of form, scoring only 11 and 1 in the tour game against Australia A, and just 111 runs in his last nine Test innings.

Those numbers aren’t good enough, and Pakistan will need a much larger return, as well as generally more aggressive cricket out of their batting line-up if they are to mount a challenge in the City of Churches.

Pat Cummins will lead the Australian charge with the ball
Arguably the best bowler in the world – and if not the best, then certainly in the top three – Cummins is the man to lead the Aussie charge in this contest.

He had a huge, never-ending winter which took in both the World Cup and Ashes series, and while results across the board for Australia were mixed, Cummins was the one constant standout.

A month off hasn’t hurt him either after coming back, and he looked fresh in Brisbane as he picked up five wickets as part of a fully functioning, on fire Aussie attack.

No knock on Mitchell Starc or Josh Hazlewood either, with the former in particular likely to be lethal with a swinging ball under lights during the dusk and nighttime period, but Cummins is the man who will provide consistency for the Aussies in this match.

The greatest fear is that the Aussie attack will try to do things too quickly and be impatient, but Cummins has an uncanny ability to lock in on a good length and bowl there all day, mixing it up with fuller and shorter stuff when need be, all at a very good pace which troubles batsmen.

He may not have been the pick of the bowlers in Brisbane, but Cummins is the spiritual leader of this Aussie attack, and if Pakistan do manage to put partnerships together, watch for Cummins to be the man Tim Paine turns to.

Note: Hours of play are subject to change. 30 minutes per day are available for slow hour rates, as well as one hour for inclement weather and other delays. Half an hour of this may be added to the start of a day to make up for lost time on a previous day.

This should only go one way. You’d expect Pakistan to put in a more complete performance, but that doesn’t mean they will come close to winning.

There is a serious mismatch between the two sides, and while the likely recall of Mohammad Abbas should add something under lights, it won’t be enough to trouble the Aussies with Steve Smith due for a score and the bowlers champing at the bit to bowl in the likely lively conditions, particularly with rain around during the match.

Australia to complete the 2-0.

Stay across all the action from Adelaide Oval in this Day-Night Test as The Roar cover the match with our live scores, blog and highlights of each day’s play, kicking off from 2pm (AEDT) on Friday.