The national broadcaster insists that it is so cash-strapped by “current budget pressures” and “massive changes in the media environment” that it will not bid for the Olympic radio rights.

This is the old, tired response the ABC gives whenever it wants to expose and punish the federal government, generally a Coalition government, when it wants more money.

The bleating about “budget pressures” is also reinforced by the threat to cancel a program or project that has wide support in the community.

Under managing director Mark Scott the bleating was backed with the threat to cancel the Peppa Pig cartoon program that used to be popular with ABC parents and kids.

Now under new chair Ita Buttrose the bleating has escalated to ditching the Olympic Games coverage. 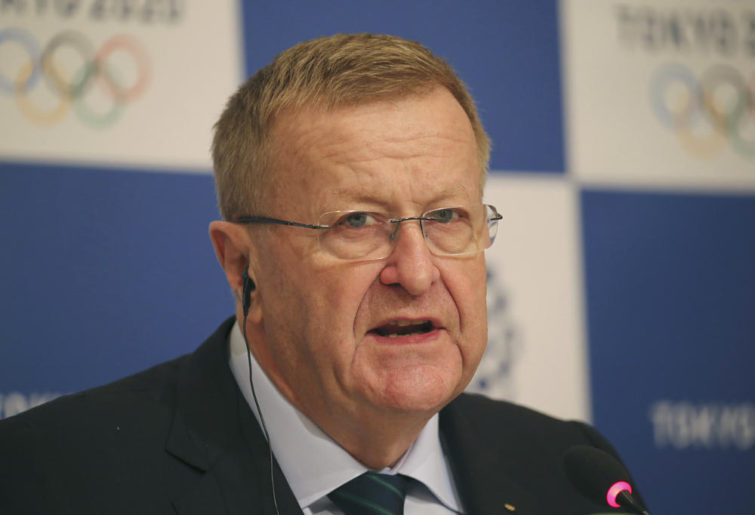 Arguments that the decision was “absurd” and “monumentally short-sighted” were dismissed by the ABC on the grounds that it could not afford the radio broadcasting rights of $1 million.

This $1 million represents about 0.1 per cent of the ABC’s annual budget.

This argument raises this question: does the government-funded ABC spend its massive handout in the most effective manner?

The ABC has a charter of obligations to the Australian people. It is, after all, the Australian Broadcasting Corporation. An event like the Olympics has always been regarded as a must-cover event for a national broadcaster.

As Mumbrella journalists Michael Ward and Fiona Martin have explained in a discussion of the complex role the organisation plays: “For decades, the ABC and its constituents saw sports broadcasting as central to its charter roles: universal service, national identity and innovation.”

The Mumbrella journalists quoted official ABC historian Ken Inglis as stating that sports broadcasting was its “most characteristic feature” being directly linked to the organisation’s role in nation-building.

The ABC is currently obsessed with the need to be seen as ‘diverse’ and ‘inclusive’.

Surely someone within the organisation has an understanding that the Olympic Games have been an important factor, arguably the crucial factor, in embedding diversity and inclusivity into our national life.

We have only to think of the ‘golden girls’, Marjorie Jackson, Dawn Fraser and Cathy Freeman, as female athletes whose iconic status came through their Olympic triumphs, and that status enhanced the situation of women in Australian life.

One of the great features of the Olympics is that the female events get the same coverage and the same validity in sporting terms as the male events.

In general too the Australian experience at the Olympics has seen a higher ratio of success for our female athletes.

So here is the question that Buttrose needs to answer: how does the ABC’s pursuit of ‘diversity’ in its broadcasting coverage square up with its refusal to broadcast anything to do with an iconic event that has diversity at its core?

An outstanding example of the power of the Olympics to create ‘diversity’ and ‘inclusion’ has been provided by the inclusion of Sevens Rugby, male and female, into the Olympics.

Without this inclusion of rugby at the Rio Olympics, Australian rugby would not have had the women’s Sevens side, the Pearls. And the Australian community would not have enjoyed the historic triumph of the Pearls in winning Australia’s second Olympic gold medal for rugby following on from the 1908 Wallabies at the London Olympics.

The Sydney Morning Herald’s Georgina Robinson has recently reported that, “Georgia Hannaway was a footy-mad 15-year-old when she and her dad sat down to watch the Australian women’s sevens team clinch Olympic gold in Rio three years ago.

“Less than a year later, she found herself playing alongside and against those golden girls…”

There is the additional point too that needs to be made here: namely that the Tokyo Olympics are embracing ‘inclusion’ and ‘diversity’ with the inclusion of new events – surfing and skateboarding – into the competition.

These two new Olympic sports, especially surfing, are iconic Australian pursuits that have a particular appeal to a different, younger population that has been overlooked in the past by the Olympics and, dare one say it, by the ABC in its overall program coverage as well.

Now we get to the heart of the ABC’s argument that ‘budgetary pressures’ trump these considerations of a compelling national interest it has to broadcast the Olympics.

I have a simple argument that demolishes this ‘budgetary pressures’ argument.

In its 2017-18 annual report the ABC admitted it had made a record loss of $71.2 million despite paying bonuses totalling $2 million to 157 executives.

Though the organisation managed to turn its finances around in 2018-19 to record a $38.3 million profit, it has been rocked by the mismanaging of payment – or the actual underpayment – of 2500 casual staff over a six-year period. The ACTU has accused the ABC of “systematic wage theft” over this matter.

So here is my solution to the so-called “budgetary pressures” problem the ABC faces in regard to Olympic coverage. Why doesn’t the ABC pay for its coverage of the Tokyo Olympic by slashing by $1 million, at least, the annual bonuses it throws away to its executives?

If this is done, the Australian public gets some ABC coverage of the Tokyo Olympics and executives are rightly punished for their mismanagement practices.

This solution gives a win-win outcome for the Australian public that funds the ABC.