AFL grand finalists GWS have shaken up their leadership structure by announcing Stephen Coniglio as their skipper for 2020.

After a humiliating 89-point loss to Richmond in the 2019 grand final, the Giants will take a fresh approach for the future with the newly-resigned Coniglio to replace inaugural co-captains Phil Davis and Callan Ward.

Davis and Ward, both 29, had been club captains since the Giants joined the league in 2012.

The pair announced 25-year-old Coniglio as their successor on Tuesday after eight years in the leadership role.

“It’s a start of a new era, a changing of the guard and an exciting day for Callan and I,” Davis said.

“It’s something we’ve spoken about since day one, that there was going to be a time where there was a chance to hand over to the next brigade and that time has come today.”

Coniglio signed a seven-year-deal with the Giants in August, rejecting offers from Hawthorn and Carlton to become a one-club player.

He battled a knee injury this season and was sidelined for the Giants’ inaugural grand final appearance.

“I think the co-captaincy thing, for the boys to do it for the length they did, there wouldn’t be many other organisations where two guys can come together for that long with different leadership styles but gel so well,” Coniglio said.

“Why one (captain) I’m not sure exactly, but it’s the direction we’ve gone.”

Coniglio said the captaincy decision was announced by Davis and Ward at a dinner during an off-season trip to the United States a few weeks ago.

“(They spoke) about how they loved their time as captains of this football club and they felt the time was right for a change and they wanted me to take over,” he said.

“Having that really special moment there and then to have it in front of the playing group and staff (on Monday) and see the reaction from my teammates and staff members was great for me.”

They ambushed him with Gatorade after they capped off a come from behind win over Essendon in his 150th game. 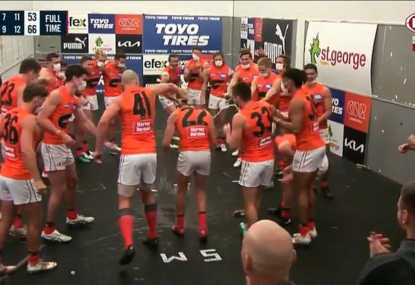 It was ruled a rushed behind, but the Giants thought it was worth a look in such a tight game. 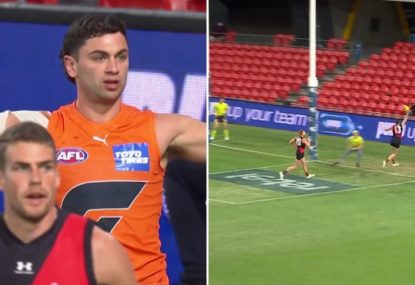 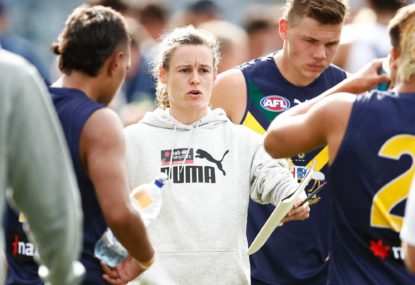