On Saturday December 7, in the hastily constructed Diriyah Arena on the outskirts of Riyadh, Saudi Arabia, Anthony Joshua meets the man who handed him his first professional defeat, taking his heavyweight titles in the process, Andy Ruiz Jr.

This is his redemption fight. A chance to avenge the only loss of his career. A chance to answer all of the doubters that popped up after the shocking TKO loss to a short, overweight guy many thought had no business being in the ring with AJ.

It is a chance he won’t be able to take.

I don’t know when it will happen. I don’t know how exactly it will come about. I don’t know what external factors there may be, but Andy Ruiz will beat Anthony Joshua by TKO in Saudi Arabia on Saturday. Again.

The rise of Anthony Joshua was carefully cultivated with a mix of talent and opportunism. Four years ago, Father Time came for the great heavyweight champion Wladimir Klitschko. He turned up in the form of a trash-talking, Aerosmith-singing, beer-swilling loudmouth Mancunian by the name of Tyson Fury, and boxed the ears off the once great champion for 12 full rounds, winning a unanimous decision victory.

Suddenly, the giant wall in the east had fallen and we were in a period of heavyweight boxing perestroika. The division suddenly opened its gates and its titles to any and all comers, with Fury leading the charge.

Personal issues led to Fury walking away from the game for an extended period after reaching the top of the division. Wladimir was denied the chance to avenge his defeat, and thus retreated into a semi-retirement of sorts, waiting for the new king of the mountain. Fury was gone. Wladimir was gone. The show must go on.

It sounds funny after writing the previous paragraph to say that Fury – after beating the indomitable Klitschko, who had a stranglehold on the division for well over a decade – was still, amazingly, the B side of British heavyweight boxing at that point, but the truth is he was.

A month after Tyson Fury became the heavyweight champion of the world and rode off into the sunset with his belts, boxing had already moved on. All eyes were on London. A British title fight was taking place between two old rivals. Anthony Joshua beats Dillian Whyte in the seventh round. A sold out O2 Arena rejoices. 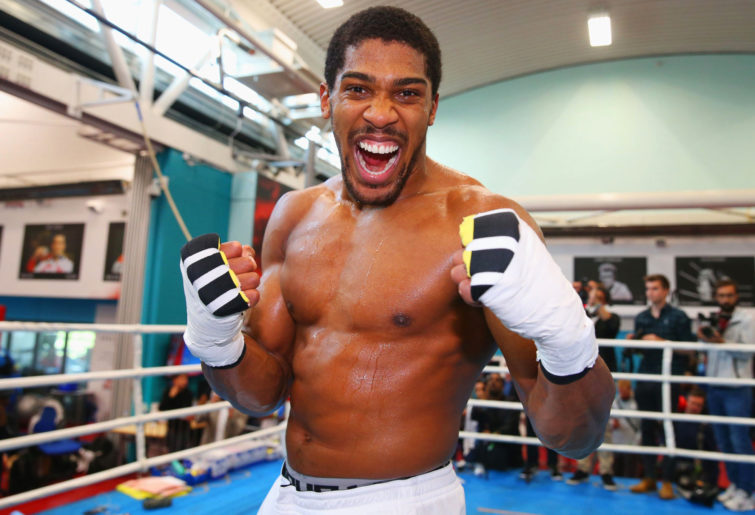 Joshua was on the rise. But that night was the first red flag. Whyte timed him. Whyte hurt him. Joshua did what champions do. He adjusted and won. Having been hurt earlier in the fight, he made adjustments in the ring and knocked his opponent out in the seventh round. Andy Ruiz Jr must have taken notes – it’s an eerie similarity to the night he won the heavyweight belts.

Similarities are a common theme in Joshua’s career to date. If you asked the average fan to name Joshua’s two most exciting rounds, they’d likely say Round 5 against Klitschko, and Round 3 against Ruiz. These are almost the exact same round.

Joshua, having put earlier rounds in the bank to establish himself and become comfortable, takes a more aggressive approach and knocks his opponent down. He then hits the canvas himself and is extremely lucky to survive the round. In the mid-rounds, someone then ended up staring up at the lights. Joshua had his arm raised the first time in victory. He had the referee’s arm raised the second time, waving the fight off to protect him from further damage.

The ring has always been spoken about in fabled terms. The ring reveals character, we are always told. You can’t hide in the ring. This is particularly relevant to Anthony Joshua. He has had three difficult fights in his career to date.

First, he survived a plodding, pressuring Dillian Whyte. Second, he braved the last stand of a lumbering Wladimir Klitschko – a great champion, but well past his sell-by date at that time. Third, a short, fat guy with good power and serious hand speed gave him his first knockout loss.

Whyte showed that Joshua can be tamed and countered. The shot from the gods that Joshua refers to in the first Ruiz fight had not in fact come from the gods. It had been coming down the line for him for four years. Klitschko showed that when Joshua is hurt and under pressure, he stands, trades, and does not adequately protect himself. Klitschko himself did not have the combination punching left in him to punish Joshua, instead loading up on huge shots trying to put the younger, faster man away. Joshua survived, but he had been taken out of his comfort zone. Ruiz exploited both of the weaknesses to perfection.

Joshua can win the fight on Saturday. He hits as hard as anyone not named Deontay Wilder. He is technically sound as an offensive fighter. He has respectable hand speed and good timing. When he can impose himself and things are going his way, he looks every bit the movie star that his physique suggests he is. A true heavyweight champion of the world.

Joshua fails – and fails badly – when these factors are not going his way. He does not like an opponent getting in his face. He has no answer to getting hit except to get back on his heels and try to tough it out – a paradoxical approach. He does not protect his chin enough once hit. He does not like being hit – a fatal flaw at bantamweight, never mind heavyweight. He cannot control tempo adequately when he is under anything more than negligible pressure. He lets the tempo of the fight control him, and relies on landing a fight-ending shot. He is not above average at winning the ensuing exchanges. 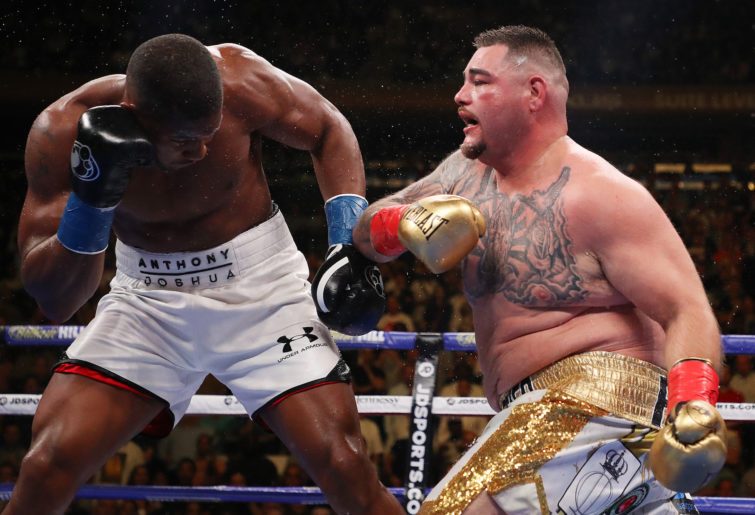 Perhaps most importantly, Ruiz has nothing to fear from him.

He’s taken Joshua’s big shots, and put him down ten seconds afterwards. That is psychologically huge. Joshua is the boxing equivalent of a confidence player in team sports. He will go from strength to strength when things are going his way. When things are against him? Not so much.

He doesn’t shrink in adversity, but instead, rolls the dice, looking for his own shot from the gods. He rolled a six against Klitschko, making him do his best giraffe impression with a thunderous uppercut, the fight finish soon to follow.

He didn’t against Ruiz. Ruiz will know that if he can get Joshua out of his comfort zone, it won’t matter the training that Joshua has done. Joshua can’t erase his instincts over the course of a training camp.

At some point in this fight, Joshua will get hurt. He’ll back up. He’ll throw huge shots. He’ll roll that dice again. I have to go with the fighter who is sticking to their game plan against a hurt opponent ten times out of ten.

Ruiz did that, whereas Klitschko pulled his onslaught out of the bag due to necessity. That proved to be the difference.

I see no change on Saturday. Ruiz will win by TKO in the opening half of the fight.

How does a human get this high?

The company’s president says he tried to hold out and keep events running as long as possible, despite the ever-growing impact of the coronavirus.