Who will take home the WBBL?

It all comes down to this weekend for the Brisbane Heat, Adelaide Strikers, Perth Scorchers and Melbourne Renegades.

By Sunday afternoon we will know who the champions are for WBBL05 after two blockbuster semi-finals on Saturday and the final on Sunday.

You would think that given that the Heat finished on top of the ladder, they would play in the first slot on Saturday morning to give them as much time to recover as possible should they make the final. But instead, the schedule will see the Strikers play the Scorchers first followed by the Heat and the Renegades.

This is to maximise broadcast numbers based on the assumption that more people will tune in in the afternoon, and a push to maximise the crowd. Given the Heat’s home-ground advantage, if the Heat were playing first and lost that game, the crowd might disperse.

Despite all that, by finishing first, the Heat should have earned the right to put themselves in the best possible position should they make the final. 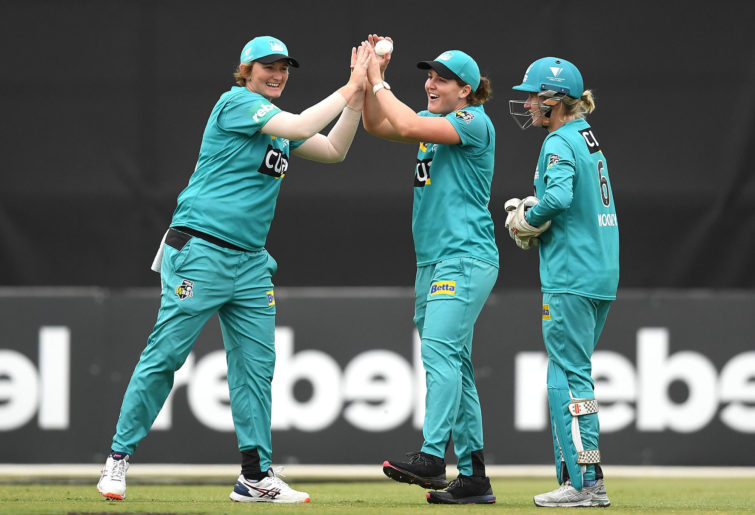 Now onto the match-ups.

The first game sees the Strikers up against the Scorchers. These two teams have already met twice this year. On the first occasion, the Scorchers won by two runs and on the second occasion we saw the Strikers win by seven wickets.

Given the Scorchers have managed to beat the Strikers this year, they will take some confidence into this game. But how much confidence? In that particular game, Amy Jones was player of the match. She scored 80 runs off 58 balls and anchored the Scorchers’ innings, well assisted by Nat Sciver, who scored a quick 17 off seven balls.

Both those players are unavailable for the finals series with the English women’s team heading to Malaysia to play a series against Pakistan.

The Scorchers have not brought in any replacement players so will be depending on the likes of Georgia Redmayne and Nicole Bolton to step up. Additionally, I’m not silly enough to rule out any team with Meg Lanning in it.

Lanning scored her maiden WBBL century last weekend and has been in good form in the back end of the season. She has scored the third most number of runs (530) this summer and will be key if the Scorchers are to jag a win.

Sitting in front of her on the run-scorers list is Sophie Devine, who has been my player of the tournament. She has scored 699 runs and will be a key wicket for the Scorchers on the weekend. Keep an eye on Megan Schutt and her bowling, too. While she may not have taken as many wickets as she normally does (13), her economy rate is the best in the competition at 5.67.

Now we come to the match-up between the Renegades and the Heat. Like the Strikers, the Heat come into this match effectively unchanged.

Beth Mooney has been in brilliant form for the Heat. She sits second on the run-scorers list behind Sophie Devine. Just outside the top ten is Jess Jonassen, who has been in great form this summer. To go along with her 348 runs, she sits third on the list of most wickets with 19, just behind Belinda Vakarewa and Molly Strano.

The Renegades face a similar problem to the Scorchers in that they lose both Tammy Beaumont and Danni Wyatt. Wyatt in particular is a big loss, given she sits seventh on the run scorers list.

In this game, if the Renegades are to win, they will be relying on Strano to keep taking wickets and also their captain Jess Duffin to put in another epic performance.

Duffin has scored 500 runs this summer, is fourth on the run-scorers list and has come in on several occasions at a point where the Renegades have been under pressure. If she can lead the Renegades to a win over the competition front-runners, the big question will be whether she has played herself into Australian selection ahead of the ICC T20 Women’s World Cup in February next year.

Also keep an eye out for Chamari Atapattu, the Sri Lankan sensation who comes in to the Renegades line-up as a replacement player.

Should the Strikers and Heat both win, I’m predicting a Strikers win on the Sunday and a trip to Adelaide for the WBBL trophy for the very first time. 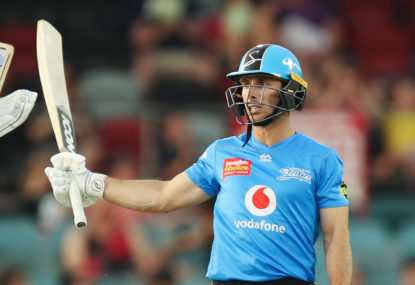