It is time to stop sleeping on the Denver Nuggets

All the talk around the Western Conference in the NBA is about the two teams in LA and Houston, but it’s time to recognise what the Denver Nuggets are doing.

Last season after a five-year hiatus from the playoffs they jumped up the playoff standings to win 54 games, take the second seed and win their first playoff series since 2008/09.

For the first time since Carmelo Anthony was running around in Denver, the Nuggets have a legit all-star player. Nikola Jokic has risen so quickly up the NBA pecking order that it’s easy to forget that’s he’s still only 24 years old. Last season he finished fourth in MVP voting, made his first all-star game and made all-NBA first team which is incredible for someone who went pick 41 in the draft.

Heading into this season everybody was talking about duos; LeBron James and Anthony Davis, Kawhi Leonard and Paul George, James Harden and Russell Westbrook just to name a few. The biggest question marks surrounding Denver’s championship credentials was who is ready to step up and be that All-Star calibre player that can join Jokic to create a great duo out in Denver?

Every team that are legit NBA championship threats have an all-star duo except for Denver.

Many thought Jamal Murray would take a massive leap to contend for an all-star spot in the West this year. Now while he has been solid, he hasn’t taken that leap that puts him in that stacked Western Conference backcourt come all-star weekend. With this Denver team, a second all-star is not necessary because of how deep this roster runs.

It goes 12 deep with guys that can play 20+ minutes on any given night. A starting five of Jokic, Paul Millsap, Will Barton, Garry Harris and Murray has proven they can match it with the best starting units across the league but the massive advantage from Denver is their bench unit. Having Mason Plumlee, Jerami Grant, Malik Beasley, Monte Morris and Torrey Craig as the core bench options with youngsters Michael Porter Jr and Juancho Hernangomez waiting in the wings has Denver’s second unit as arguably the best bench in the league.

They have a league-best five guys averaging double-digit points, leaving opposing teams unsure who will step up on any given night for Denver. While offence and stuffing the stats sheet has become what most NBA fans take notice of these days, the Nuggets have focused on what makes them a good basketball team, and that is defence.

Currently ranked the best defence in the league, allowing only 101.9 points per game allows Denver to win plenty of games.

Plenty of teams have adopted a run and gun style where they want to jack up as many shots as possible regardless of where they are in the shot clock – a team like Houston lives and dies by the three and they don’t care how many points they give up because they think their offence can carry them to wins – Denver have done the opposite.

The old saying ‘defence wins championships’ is something coach Mike Malone is often drilling into his men. 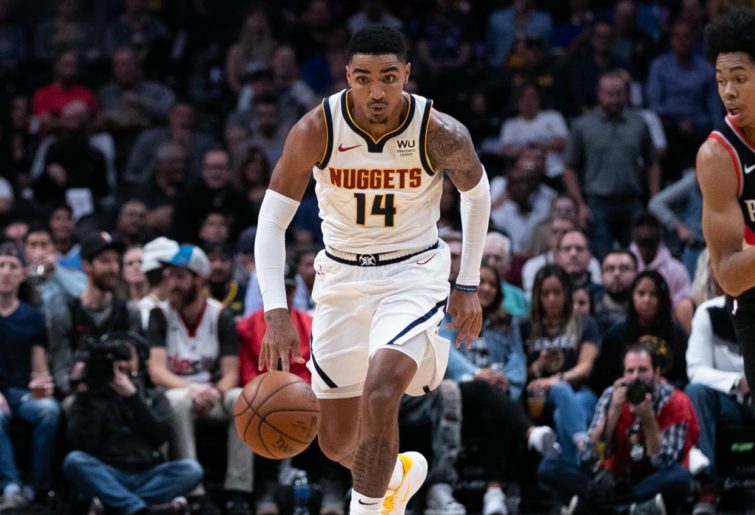 Just because Denver isn’t a big market city like LA it doesn’t mean they can’t win the championship this season. They might not have the reigning MVP like Milwaukee, they definitely don’t have a guy averaging nearly 40 like Houston and they also don’t have an all-star duo like either team in Los Angeles but they do have the deepest team in the league, a tenacious defence that they bring nightly and a superstar in Jokic.

Denver also have the biggest home-court advantage in sports, the Pepsi Centre, where fans always turn out and the altitude leaves opposition teams literally gasping for air. Come playoff time having a cauldron-like home court gives Denver that little boost that might be the difference between a Game 7 win or loss.

Already a quarter of the way through the season Denver are sitting in the second seed in the West. They should be good enough to lock in at least a top-four finish but in order to be a real threat for the championship this season a top-two finish is a must. Finishing first in the West and immediately they become a really tough match-up in any Western Conference playoff series due to that home-court advantage.

They might still not have the fire power of what the Lakers or Clippers have but it’s time people respect what’s happening out in Denver, a seriously young up-and-coming team that is ready to contend for the next five years plus.