Postecoglou's J.League title makes him the greatest Aussie coach of all time

Ange Postecoglou’s title win with Japanese club Yokohama F. Marinos is vindication for anyone who has ever wanted to do things their own way and not simply follow the crowd.

I have walked the picturesque port city streets of Yokohama many times, but I never thought the next time I’d do so would be after an Aussie coach had won the J.League.

My mate Takeshi once invited me to a bar on the edge of the city’s famous old Chinatown, telling me it would be worth our while to seek out the tiny, eight-seater hole-in-the-wall.

“What’s so special about this place anyway?” I asked the grizzled old proprietor after he’d eyed us off warily and only let us in after exchanging business cards and the requisite introductory small talk with Takeshi.

“Do you know who Commodore Perry was?” asked the owner.

“Sure,” I said of the US naval captain whose 1854 visit to Kanagawa opened Japan up to Western trade by force and transformed Yokohama from a sleepy fishing village into the nation’s second-largest city.

“My great, great grandfather met his Black Ships down by the port,” he replied.

“There’s been a bar here for more than four hundred years.”

It was a sobering reminder of how much history lurks around every corner in Japan, and how carefully the Japanese hang onto it.

Now Ange Postecoglou has made history as the first Aussie coach to win a major foreign championship, and in the toughest league in Asia at that.

And the outpouring of emotion after Postecoglou’s swashbuckling F. Marinos side downed nearest title challengers FC Tokyo 3-0 in front of some 63,854 fans at Nissan Stadium – despite having goalkeeper Park Il-Gyu sent off after 67 minutes – says much about Australia as a football nation. 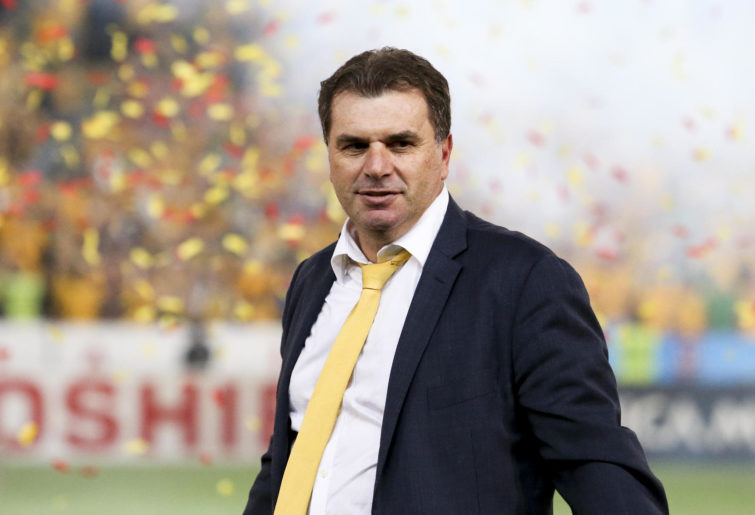 We’re a parochial bunch; quick to celebrate success and claim it as our own whenever someone successfully flies the flag, even if it means downplaying the contribution of others.

There wasn’t a lot of analysis down under of Theerathon Bunmathan’s deflected opener for F. Marinos, nor of Erik Lima’s well-taken second or substitute Keita Endo’s title-sealing third.

But given how unfamiliar the average Australian fan is with Japanese football, perhaps that’s understandable.

If exposure is all it takes to spark some interest in the J.League and get the average Aussie football fan out of their comfort zone, then Postecoglou is leading the charge.

And the former championship winner with South Melbourne and Brisbane Roar has broken the mould in another unspoken way.

For all the passion of fans in Australia, there’s often been a feeling among certain supporters that Asian football is somehow inferior.

Perhaps it’s an attitude borne of ignorance, but Postecoglou – who was an admirer of the Japanese game long before he signed on as Yokohama F. Marinos coach – has shattered the myth.

It was Postecoglou who instructed goalkeeper Park to play a high defensive line outside his penalty area all season, and the one-time Socceroos coach was typically nonchalant about his last line of defence being sent off with more than 20 minutes still to play.

“Paky was doing his job,” Postecoglou said in his press conference after the match. “It’s his job to come out and sweep.”

That’s Ange for you. He’s always had an unwavering self-belief in his players and tactics and anyone who doesn’t buy into it is usually surplus to requirements. 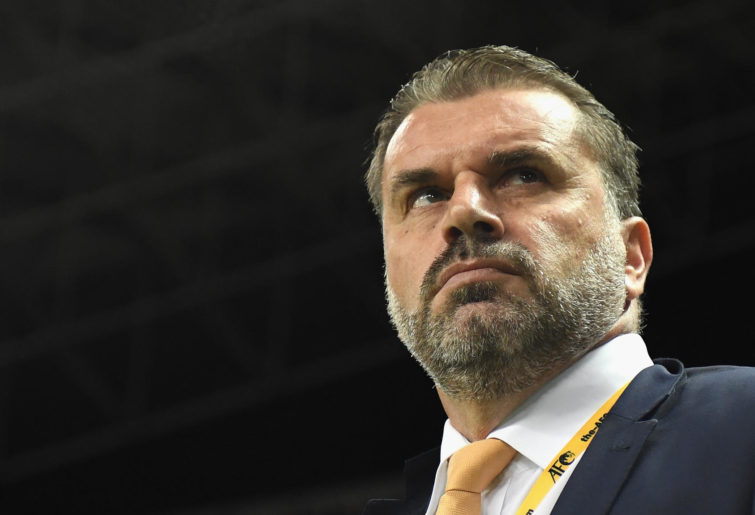 After becoming the first Australian coach to win the Japanese title, hopefully Postecoglou gives the AFC Champions League a red-hot shake next season.

Then it’s on to Europe – because there’s no stopping Australia’s most singular coaching talent now.

I’ve been to close to a hundred games in Japan over the years and there’s no doubt in my mind that Postecoglou’s title win is one of the greatest in J.League history.

He did it his way.

So to Ange and his assistants Peter Cklamovski, Arthur Papas, Greg King and their translators, arigatou gozaimashita.