Remembering 1987-88: The greatest Sheffield Shield season of the modern era

Even the most die-hard Aussie cricket fan would struggle to remember much about the 1987-88 season.

You know, the one where Sri Lanka and New Zealand came out here so we could have someone to beat?

When we ended the summer with that really, really boring Bicentennial Test against England?

When the “Hadlee’s a wanker” chant took off?

When we won a series against New Zealand, our first win since 1983-84, but needed the help of some dodgy umpiring decisions to do it?

I’d guess that the only game anyone really remembers from that summer is the Boxing Day Test. Greg Dyer claimed a catch that wasn’t a catch and Craig McDermott and Mike Whitney managed to hang on to draw the game – Whitney surviving a final over from Richard Hadlee. New Zealanders are still very bitter about all this.

The summer featured one other thing of note: the most competitive Sheffield Shield season of the modern era.

Admittedly, I am being a little facetious saying that.

How can you judge how competitive a Sheffield Shield season is? It’s purely subjective. I’m sure some even-more-die-hard-than-me fan can point to a Shield summer with a greater number of closer games.

But that season surely has to hold some kind of record for a Shield full of players ineligible for national selection.

This was because the South African rebel tourists were allowed to play first-class cricket in Australia… but not Tests. They could not represent their country until 1988-89.

That is a massive infusion of talent for a competition. And that wasn’t all. Dennis Lillee came out of retirement to play for Tasmania, and Ian Botham signed a three-year contract to play for Queensland. 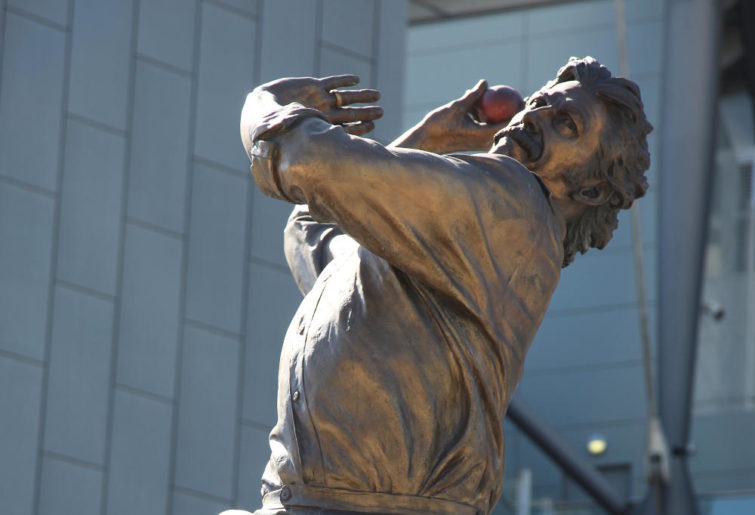 And the thing is, the Shield was already very strong at the time. It was packed with Test-experienced veterans who’d been around since World Series Cricket – players like David Hookes, Graeme Wood and Andrew Hilditch – plus exciting newcomers like Mark Taylor and Mark Waugh.

I can’t remember a Sheffield Shield that began with such intrigue and excitement. How would the rebel tourists go? Would Botham finally help Queensland win the comp? Would Lillee embarrass himself? Would Kim Hughes make the comeback so many were dying for him to make?

In the final wash-up there was lots of good, tough cricket played – as the Sheffield Shield inevitably tends to feature every year – and plenty of surprise stories.

Botham performed solidly rather than sensationally (646 runs at 34, 29 wickets at 37) but he seemed to lift his teammates. He definitely brought in the crowds – I remember going to the Gabba for one match and over 10,000 people were there. At a Sheffield Shield game!

It was thrilling watching him play because whenever Botham got near the ball, you sensed something amazing might happen. It didn’t always happen, but it did often enough. He was exciting off the field too – he got in trouble for trashing a dressing room in Launceston after one game.

The Launceston incident involved his old mate Dennis Lillee, who had his moments that summer but was generally underwhelming (15 wickets at 36). It’s hard for pacemen to make late-in-life comebacks – Lillee went on to play some county cricket in 1988, having a few good moments there too before retiring.

A couple of “gee why didn’t they play more Tests” bowlers had a great season, too, like Dirk Tazelaar and Chris Matthews. Greg Matthews had a fantastic run with the ball – 1987-88 kicked off his amazing-at-Shield-level-but-not-at-Test-level period, which went for something like the next decade.

Some newbies impressed. Mark Waugh and Jamie Siddons came into their own. Ian Healy played four Shield games for Queensland as a replacement for Peter Anderson and was so well received he was fast-tracked into the national side as keeper for the tour against Pakistan over poor old Dyer. Siddons and Wood made that tour, too.

The fate of the South African rebel tourists varied widely. States like WA, SA and Queensland welcomed the players back with open arms, though WA were so strong it was hard to fit them into the team. Victoria didn’t pick any of their rebels (Yallop and Hogg never played first class cricket again, Mick Taylor moved to Tasmania and Rod McCurdy to South Africa). There was tension in the NSW dressing room between the tourists and Dirk Wellham, who had signed to tour but pulled out, leading to Wellham’s temporary retirement from first-class cricket and later move to Tasmania.

Some of the rebels showed they had lost none of their skill – Terry Alderman and Carl Rackemann had magnificent Sheffield Shield seasons, so too did the forever-under-rated Mick Taylor. Trevor Hohns came back from South Africa a better bowler than he had been before he left. Other players seemed to fade away, notably Rixon, Dyson, Smith and Hughes. Several went back to South Africa to play more cricket, like Maguire, Smith, Hughes and Haysman. Haysman settled there.

The Sheffield Shield final of 1987-88 was between WA (who had won the previous summer) and Queensland (who had never won) at the WACA. Throughout the ’80s and early ’90s Queensland would consistently make the final but be unable to secure a home one.

When the Queensland team flew out to Perth for the game, Botham and Greg Ritchie got into an altercation with a passenger who asked them to keep the noise down. Botham put the guy into a headlock, which resulted in the Englishman being arrested when he got off the plane. Lillee paid Botham’s bail, which is just too cute. 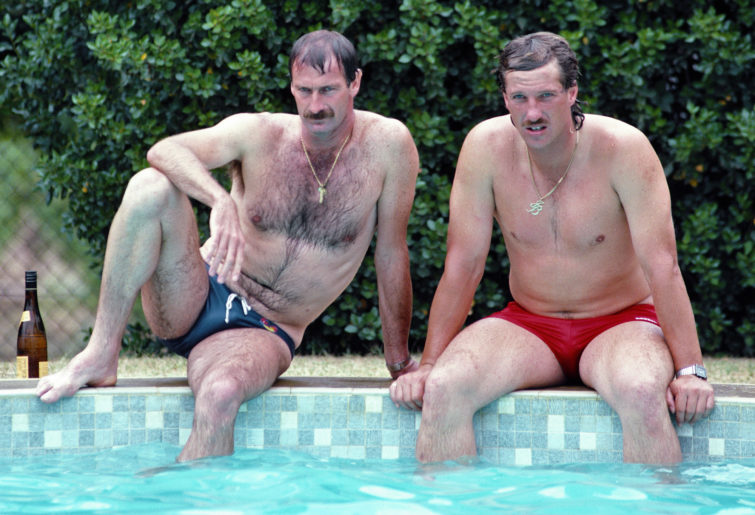 The teams in that final were very strong. Of the 22 players on the field, 18 of them had or would play international cricket. It was WA who knew how to win the big moments, though – Chris Matthews took nine wickets, Graeme Wood made a century and Queensland lost by five wickets.

Queensland had signed Botham to play two more seasons but they decided to fire him after the plane incident. I get why they did it, but it was still a shame. Botham would’ve really livened up the 1988-89 and 1989-90 comp.

Australia used to regularly have summers when there were no Tests played at home – sometimes because the national side was touring South Africa (such as in 1969-70), other times because there were just no Tests (like 1963-64). It never happened in my lifetime but the summer of 1987-88 gave me a little taste of what it must have been like.

The Australian Test team has never gone into an extended form slump, in part because the Sheffield Shield is so strong. And it was never stronger than in 1987-88.

It’s a summer that should be better known.