Titans have come to life with... Ryan Tannehill?

Left for dead at the completion of Week 6 with a win-loss record of 2-4, the Tennessee Titans are surging behind one of the NFL’s forgotten figures.

Former Miami quarterback Ryan Tannehill has led the Titans to six wins in seven games after coming off the bench to replace embattled starter Marcus Mariota during the Titans week 6 debacle in Denver.

After averaging a mediocre 250.5 offensive yards and 16.3 points per game through the first six weeks with the former second overall pick Mariota at the helm, those figures have jumped to 395 and 31 respectively with Ryan Tannehill.

The offensive turnaround has come from out of the blue and is startling.

It’s also no coincidence star running back Derrick Henry has made a late run (pun intended) for the rushing title since the quarterback switch.

Averaging 69.3 yards rushing per game alongside Mariota, Henry has come to life in the backfield next to Tannehill, averaging 118 yards per game while currently sitting second in the NFL with 1243 yards rushing.

It’s amazing what a difference a quarterback who can hold defences accountable can make.

Also amazing is the fact that yet another Miami Dolphin has left town only to blossom in another city.

After leading the Dolphins to the playoffs just once in his seven seasons there, Tannehill has now found himself in a much more stable situation than he ever was in Miami.

With superior offensive line, the aforementioned running game, an exciting young receiving trio of rookie AJ Brown, Corey Davis and tight end Jonnu Smith and an underrated defence allowing 19.6 points per game, these Titans are looming as a legitimate dark horse as we head towards a climactic finish to the 2019 season.

Through this sensational seven-week stretch, Tannehill has given the Titans front office the best kind of headache, one that few would have predicted when the Titans made the bizarre trade with Miami last off-season for his services.

With both Tannehill and Mariota out of contract at season’s end, reports this week have suggested the Titans are working to re-sign one of the two signal callers. 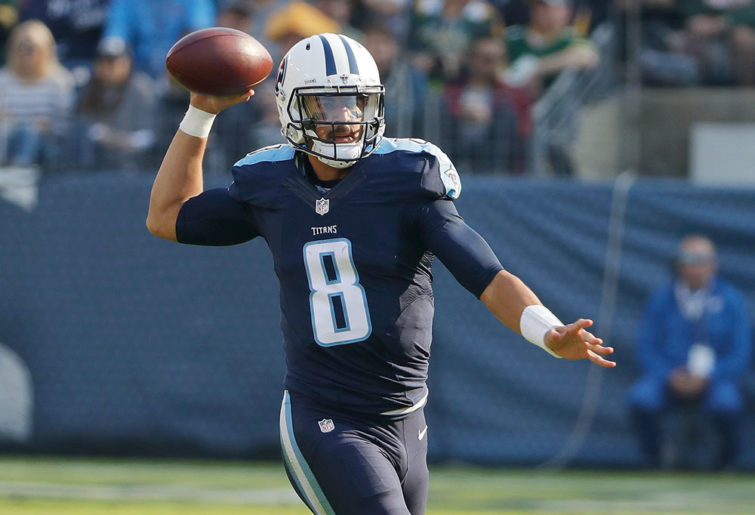 Here’s a clue: it’s not Mariota.

The organisation looks to have unceremoniously wiped its hands with the former Heisman winner from Oregon, instead hitching its wagon to Tannehill as they head into a mammoth final three weeks that includes two showdowns with current division leader Houston.

It’s a simple equation. Win out and the most unlikely of division titles is theirs for the taking.

Tennessee have had one of the most remarkable in-season turnarounds of 2019 and though clinching a spot in the playoffs wouldn’t quite be another music city miracle, it wouldn’t be far off

With Tannehill at the wheel, the Titans are a team reborn.