Yesterday, following his amazing opening-over wicket, Australian paceman Josh Hazlewood limped off the field with a hamstring strain in his left leg.

This injury is expected to rule the talented quick out for the remainder of this Test, but whether he is able to play in Melbourne on Boxing Day remains to be seen.

If Hazlewood isn’t able to play, Australia has just the debutant to pick up right where he left off and be the perfect supporting role for fast bowlers Pat Cummins and Mitchell Starc. 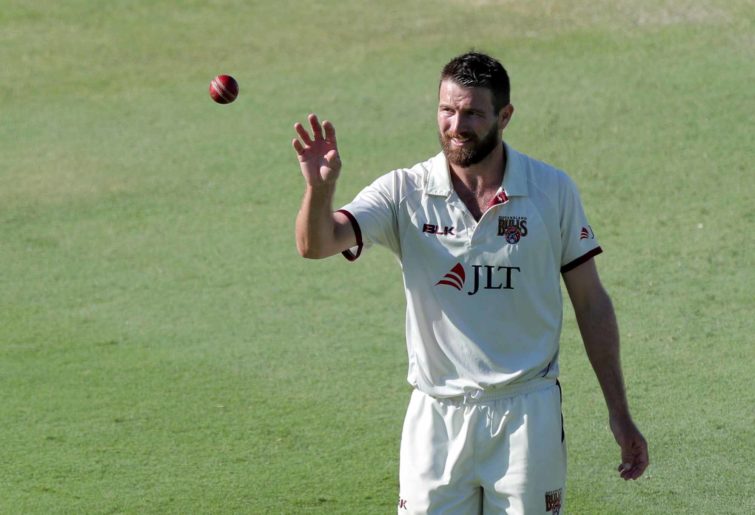 Neser has been on the domestic cricket scene for quite some time now, making his debut in the Sheffield Shield for the Bulls in the 2010-11 season. Since then he has become a strong bowling all-rounder, averaging 22.53 batting and 26.15 bowling in 59 first-class appearances.

He began playing in the Big Bash League in 2011 for the Brisbane Heat, and in 2012 he moved to the Adelaide Strikers, where he still plays. He has had success with the Strikers, winning the league in the 2017-18 season.

Coincidentally this short-format success enabled Neser to make his ODI debut for Australia against England on 13 June 2018 as a replacement for an injured Josh Hazlewood. Unfortunately he didn’t perform well, in both games finishing with statistics averaging 60 with the ball and four runs with bat. He hasn’t played another game for Australia in any format since.

Neser first made national headlines for his amazing 2018-19 Sheffield Shield season. He averaged 43.72 batting at No. 7 and 23.02 as the opening bowler. His main achievement was getting 5-15 against Western Australia in March 2019. These wickets included the likes of Cam Bancroft, D’Arcy Short, Aaron Hardie, Matt Kelly and even current WA captain and former Australia Test vice-captain Mitch Marsh.

The 2018-19 Sheffield Shield season led to his selection into the Australia A Tour of the UK alongside players like Test captain Tim Paine, Travis Head, Mitch Marsh, Will Pucovski, Josh Hazlewood, Joe Burns, Marcus Harris, Kurtis Patterson and many more world-class cricketers. The tour coincided with the ICC ODI World Cup, also in England.

The reason for the trip was to familiarise many of the Australians, who weren’t selected into the World Cup, with the English playing conditions for the upcoming Ashes Series. Neser played in two three-day matches with Australia A and managed a combined total of six wickets and 33 runs.

However, at the conclusion of the World Cup but before the Ashes series an Australian intra-squad match took place between the Graeme Hick XI and the Brad Haddin XI. This match comprised all Australian players who had a shot at playing in the Test team. Neser played for Graeme Hick XI and got great figures of 4-18 in the first innings, dismissing David Warner, Marcus Harris, Pat Cummins and Mitchell Starc.

But unfortunately this wasn’t enough to play in the opening three Ashes Tests, and between the third and the fourth Test Neser played in an Australian XI side captained by Queensland teammate Usman Khawaja against Derbyshire. He got figures of 3-31 and 1-14, but in the end he missed out for the entirety of the Ashes series.

Within this Sheffield Shield season so far Neser has played four matches for Queensland and averages 17.16 batting at No. 8 and 19.32 with the ball. His best match of the season so far was against South Australia, in which he got 5-56 and 2-37. In the lead up to the Pakistan-Australia Test series Neser once again represented Australia A and got figures of 2-57 and 2-11, including the prized scalp of Pakistani captain Azhar Ali in both innings.

In the most recent Test matches against Pakistan and now New Zealand Neser has been 12th man for the Australian side and watching on as Mitchell Starc, Josh Hazlewood and Pat Cummins become the most dominant pace attack in Test cricket.

Although Josh Hazlewood’s injury is obviously not ideal for the team as a whole, this could be the chance of a lifetime for 29-year-old Michael Neser to finally make his long-awaited Test debut and, even better, on Boxing Day.