Try the NFL for your footy fix

For the many NRL, AFL and Super Rugby fans across our great brown (and increasingly burnt) land, the long summer months can drag on a bit.

Unless you like to devour all that cricket, basketball, golf and tennis can offer, a footy fan’s off season can be pretty drab.

But maybe there’s an alternative? Maybe there is hope? What about the NFL?

Ok, yes there are a lot of stoppages. And yes, they wear helmets and pads.

But I’ll let you in on a little secret about that – the helmets and outside shells of the pads are hard, whereas a lot of parts that make up the human body are not. Just think about that.

Well, if you’ve continued to read up to this point, you might be willing to give American football a chance.

And why not? The state of play in the NFL is at fever pitch with teams a plenty trying to not only make the playoffs, but get in the best position to reach the Super Bowl.

You see, the NFL playoffs are still three weeks away, but the excitement is definitely building for a couple of different reasons.

The first is that, for some teams and their fan-bases, the playoffs feel like they have already arrived.

Just like in the NRL and AFL, there are more teams in contention for a playoff spot than there are available.

Therefore, in both of the NFL conferences (NFC and AFC), there is a distinct feeling that if your team is to make the big dance in February, they need to start their winning streaks now.

These teams are the ones on the fringes such as the resurgent Tennessee Titans of the AFC South division, who are taking on the division-leading Houston Texans this week.

Going into the clash, both teams have the same 8-5 record. The big difference is that both teams are coming into this game with vastly different mindsets.

The Titans are on a roll after winning their last four games in convincing style. In fact, this Titans team has gone from a mediocre outfit to one of the most exciting teams in the competition who will give anyone a tough match-up.

The Texans, on the other hand, are probably trying to do what the rest of us are trying to do at this point of the season.

That is, trying to figure out which team is their true self. They’ve been up and down more times than a yo-yo in 2019.

For a team that defeated the then one-loss New England Patriots a couple of weeks ago, then followed it up with a puzzling loss to the struggling Denver Broncos a week later, there are many questions being asked.

Perhaps they just love a rhythm in Houston? After all, their season has had a “loss-win-win” rhythm to it from Week 1. If that is the case, it would stand to reason that they are due to win.

The Titans won’t be looking at it that way, especially since a win here gives them control of their destiny. For a time at least.

The fact these two go at it again in the final week of the regular season means we’ll all have to wait to see how this chapter ends, despite what happens this weekend.

Any way you look at it though, both teams need to win to put themselves in the box seat for a playoff berth.

In the NFC, the reigning NFC champion Los Angeles Rams are starting to look like themselves again and may have just timed their return to form at the perfect time.

After struggling to find their mojo for most of the season, the Rams have won five out of their last seven with their two most recent victories being the most impressive by far.

They made the Super Bowl last season due to strong defence and a powerful running game coupled with a quarterback who took care of the football. It appeared that they had lost their way in 2019 but after going back to their old formula, things are on the up and up once again.

The biggest issue the Rams have is that they have two high flyers ahead of them in their own division in the San Francisco 49ers and Seattle Seahawks.

The 49ers look set for the playoffs with the equal-best record of 11-2 going into this week, but the Seahawks are only one game behind.

Intriguingly, the LA Rams can help the Seahawks immensely while helping themselves at the same time. How, you may ask?

Well, the 49ers host the Rams next week. A game the Seahawks will be hoping falls to LA, which would give them a chance of a home playoff game but possibly even a bye before they get down to business. 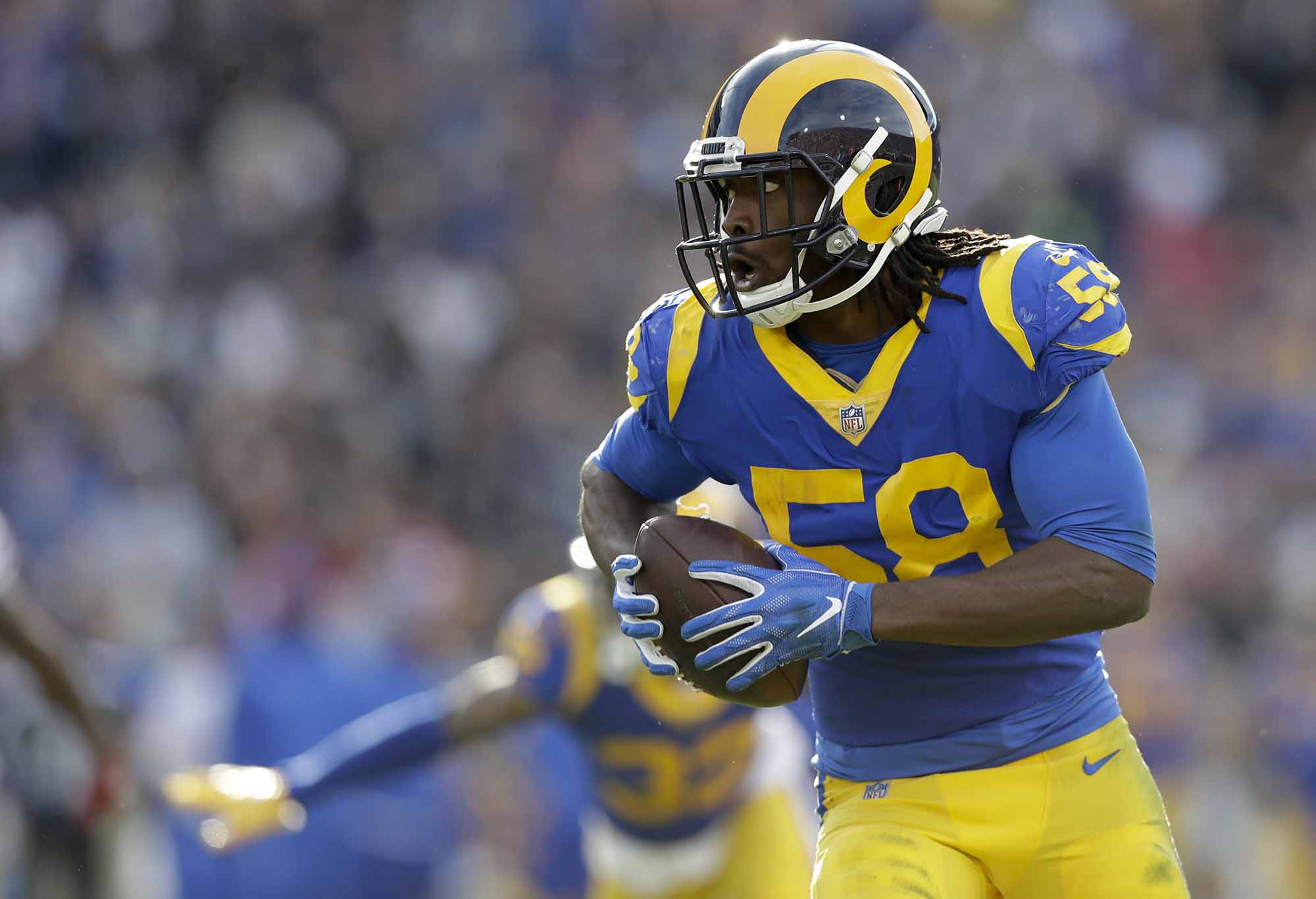 The LA Rams are back. (AP Photo/Marcio Jose Sanchez)

Of course, there are many moving parts and things rarely move smoothly for teams looking for the last remaining playoff spots.

But that is the great thing about this time of year, especially this season.

There are still so many “what if?” scenarios at play but, more importantly, the same old teams aren’t involved.

In the NRL, we have grown accustomed to the usual suspects of the Storm and Roosters to not just make the finals but to also be the teams that either win the grand final or are pretty bloody close to it. This doesn’t appear to be ending anytime soon.

The AFL has become the realm of the Richmond Tigers of late with the likes of West Coast and Geelong being thereabouts. Although the AFL appears to be more fluid in terms of clubs being successful than the NRL, the same clubs are usually around about at the pointy end of the season.

As for the Super Rugby, the Aussie teams are a fair way behind at the moment, so there isn’t a whole lot of interest once the finals start unfortunately.

The NFL really is a league of parity. With billions involved in each team and new players being shipped in via college or bigger contracts, the quality players of the game move with greater ease throughout the league.

Yes, the Patriots are still there and the New Orleans Saints are too, but there are new teams and players coming for them.

So, why not enjoy the changing of the guard in a league played in another part of the world? It doesn’t happen much here in the Land of Oz.