Australia have put themselves in a dominant position in the first Test against New Zealand but will have to bowl the Kiwis out a second time without star quick Josh Hazlewood.

Due to a hamstring injury suffered on day two of this Test, Hazlewood has been ruled out of the remainder of this match and may not play in the second Test in Melbourne.

Australia excelled with the ball in spite of Hazlewood’s injury, skittling New Zealand for 166 in their first innings thanks to a scorching display by Mitchell Starc (5-52).

By stumps last night they had built a massive lead of 417 runs, which looks nigh-on insurmountable given the Perth Stadium pitch is offering generous pace and bounce, and the pink Kookaburra ball has swung and seamed consistently.

It would take a monumental batting effort for the Kiwis to win, but they were given hope by a late flurry of wickets last night as well as by the injury to Hazlewood, which leaves Australia’s attack vulnerable.

The Kiwis will feel that if they can withstand Australia’s new-ball onslaught today and make their three-man attack toil in the oppressive Perth heat, they may be able to slowly grind down the home side.

Yet the tourists also will have been perturbed by the increasingly variable bounce on show yesterday. While some deliveries reared alarmingly off the deck, others kept surprisingly low. As the surface bakes in the blazing sun tomorrow it will likely begin to misbehave even more.

This Perth pitch became more and more difficult for batting over the course of last year’s Test when the strong Indian batting line-up collapsed for just 140 in the fourth innings. The Indians largely were undone by the uncertainty created by the cracked surface.

Starc and Pat Cummins are experts at exploiting such conditions and will present a fierce challenge to the Kiwi batting line-up, particularly in the night session today. 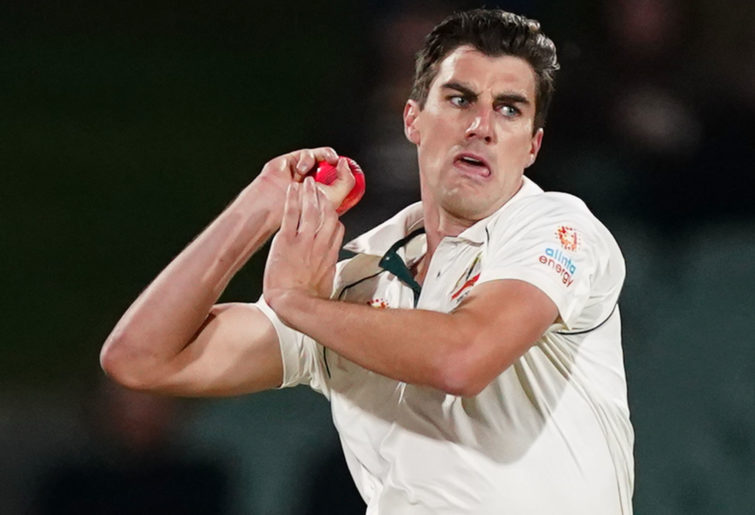 Batting under lights has proven very tricky on each of the first three days of this match. Australia did well to survive a fine spell of swing bowling in the night session on day one before their bowlers ran amok under lights on day two. Yesterday Australia were cruising with the bat before the lights against proved influential.

Australia were on 1-131 in the last session before losing 5-29 as the sun disappeared. Joe Burns (53) and Marnus Labuschagne (50) were bossing the New Zealand attack, which is also a man down due to the injury to debutant quick Lockie Ferguson.

The Kiwis appeared flat in the field at that stage and the Aussie pair both looked to be on course for big scores. Then the lights came into play and the Aussies produced some ordinary shot selection.

First Labuschagne fell into an obvious leg side trap as he pulled a Neil Wagner bouncer straight to square leg. Then, after Burns was caught at gully fending off a sharp Tim Southee bouncer, Smith (16) also succumbed to the short ball strategy when he pulled Wagner down the throat of deep square leg.

In the very next over Travis Head (5) also walked into an obvious set-up when he glanced a ball off his hip to leg slip. Although Head has made a fine start to his Test career, averaging 41 after 15 Tests, he has a habit of soft dismissals and has twice got out in sloppy fashion in this match.

When captain Tim Paine was then bowled through the gate by Southee for a duck Australia had fallen apart. Yet their lead is so huge, and batting conditions so challenging, that they remain in prime position to take a 1-0 lead in this blockbuster series against the world’s number two ranked Test team.