With one eye firmly on the Boxing Day Test, Australia made a point not to “ruin” Mitchell Starc and Pat Cummins during the 296-run pink ball win over New Zealand in Perth.

Australia captain Tim Paine was forced to think outside of the box when Josh Hazlewood lasted just eight balls before tearing a hamstring in the 40C heat.

The danger of running Starc and Cummins into the ground was at the forefront of Paine’s thinking when he turned to the likes of part-timers Matthew Wade, Marnus Labuschagne, and Travis Head to help fill the gaps.

And with premier spinner Nathan Lyon able to power through 22.3 overs in the second innings, Starc and Cummins made it through the game unscathed.

Starc snared match figures of 9-97 in a man-of-the-match display, and he looms as a crucial figure in the second Test at the MCG.

The MCG has been a batsman’s paradise in recent years, and Langer is weighing up the best plan of attack.

James Pattinson is the hot favourite to replace Hazlewood, while Michael Neser or Peter Siddle are a chance to come in as the fourth seamer if Langer decides to go that way.

If Australia do opt for four pacemen, either Travis Head or Matthew Wade would have to make way.

Paine said he was very measured with how he used Starc and Cummins during the win over NZ after Hazlewood limped out of the game.

“We certainly weren’t going to bowl them into the ground,” Paine said.

“We thought we could still get the job done with those conditions in our favour with Nathan in our side and not have to flog them to death, because they are obviously hugely valuable for the rest of this series and in all three formats for Australia.

“We wanted to make sure we managed them correctly and didn’t ruin their series. When you’ve got Lyon in your side it makes it a hell of a lot easier.”

NZ will welcome back star paceman Trent Boult (ribs) for the Boxing Day Test as a straight replacement for debutant Lockie Ferguson (calf). 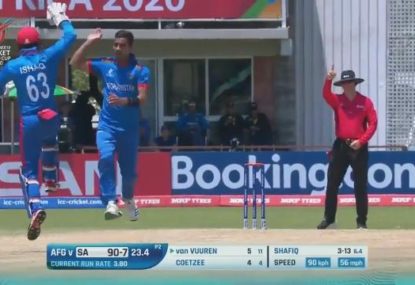 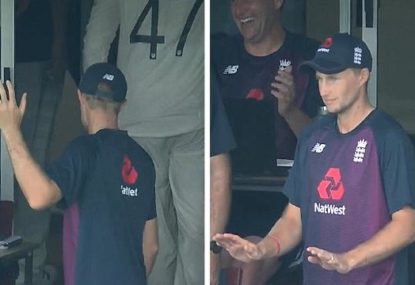