What happened? A-League Round 10

Round 10 was a fantastic weekend of football to watch, featuring just one draw – and even then the scoreless dead heat between Melbourne Victory and Wellington Phoenix was more exciting than the lack of goals suggested.

Who stood out
Tom Glover was forced to make some crucial saves for Melbourne City as the Newcastle Jets had six shots on target.

Honourable mention
Andrew Redmayne was unfortunate not to be voted the standout purely for the fact that he was forced to make fewer saves than Glover.

Biggest impact off the bench
Newcastle’s Matthew Ridenton was the one positive for the Jets to take out of their game, making a difference every time he touched the ball.

The Roar leave empty-handed once again

Facts and figures
The 2-0 scoreline wasn’t a clear reflection on the balance of play, with the Roar accumulating 71.7 per cent possession. Brisbane had just a solitary shot on target from 20 attempts! On the other hand, half of Western United’s six shots were on target.

Points of difference
There was a clear difference in class between the two teams, and remarkably the losing team was the better of the two from most of the statistical indicators. Brisbane had better passing accuracy and far more control of the game, yet they lost 2-0.

Who made their team better?
The senior players of Western United stood up. The likes of Andrew Durante in defence, Alessandro Diamanti in the middle of the park and Besart Berisha gave Western United a two-goal lead, and it’s impossible to leave out Connor Pain, who scored his first goal for Western United.

Trials and tribulations
It’s tough to comprehend that Brisbane dominated from a statistical perspective yet lost by two goals. The Roar kept the ball well, maintaining the majority of possession.

Both of Western United’s goals came in the first half of the game. From then on it was all Brisbane Roar, even though the Queenslanders remained scoreless for the rest of the game. Western United were forced to grind away a win so to speak.

All of the interesting action came after the game, when the two coaches didn’t shake hands. Mark Rudan was busy celebrating, so Robbie Fowler walked down the tunnel and failed to wait for his counterpart.

There was more action in the post-match press conferences, where Fowler labelled some of the opposition tactics as cheating. Mark Rudan was pleased with his team’s performance, claiming his side played with intelligence, which indicated he was considering only the scoreboard.

Who says a goalless draw is boring?

Facts and figures
There was a total of just three shots on target from a total of 29 attempts for both teams combined, which suggests the game was monotonous – but it wasn’t. There was on average almost a shot every three minutes of playing time, albeit the majority not on target.

Points of difference
There wasn’t much between the two teams in terms of who was the better side, with the game relatively even. It would come as no surprise that Wellington Phoenix controlled possession as Melbourne Victory played with ten men for approximately a third of the game.

Who made their team better?
Melbourne Victory were forced to grind out a nil-all draw, with goalkeeper Lawrence Thomas making a crucial save in the second half from a shot by Liberato Cacace. Reno Piscopo and Cameron Devlin definitely helped the Phoenix claim a point, each playing their part.

Trials and tribulations
It’s difficult to understand that a nil-all draw can be exciting to watch, but that was the case at AAMI Park. The majority of entertainment came about when either team hit the opposition’s post or bar.

Robbie Kruse squandered a chance set up by Migjen Basha in the first half. Ola Toivonen somehow managed not to score, predominantly thanks to a good save from Phoenix goalkeeper Stefan Marinovic. Piscopo hit the bar from a corner kick, while Kristijan Dobras hit the post just before half time.

In the second half Luke Devere hit the bar from a header, the ball somehow not going into the back of the net and bouncing on the line.

Remarkably ten players received yellow cards, including Dobras, who was later shown a red. It was a controversial red card as Dobras appeared to go for the ball, but that’s the way football goes sometimes.

When all is said and done Victory would be pleased to have claimed a point given they were down to ten men for a portion of the game. 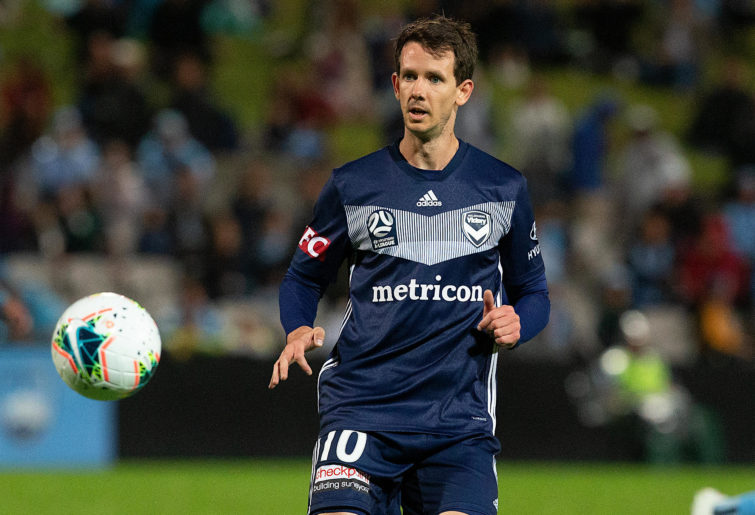 Top against bottom, but you wouldn’t know it

Facts and figures
In what was a strange round of football, a second match may have delivered a result contrary to form on the field. Central Coast Mariners had three good shots on target, but unfortunately for them Sydney FC goalkeeper Andrew Redmayne was in fine form. The Mariners had a total of 19 crosses to 12 and 11 shots to Sydney’s eight, yet the Sky Blues won 1-0.

The Mariners had three shots on target to Sydney FC’s two. Matt Simon broke the record for the most appearances off the bench in the national league, making it his 104th game as a substitute.

Points of difference
There was undoubtedly a difference in class between the two sides, with remarkably the bottom-of-the-table Central Coast Mariners the better team. It’s difficult to decipher how the Mariners lost a game that they probably played the better football in.

Who made their team better?
If Andrew Redmayne plays like he did in this game every round, he will be in contention to be the No. 1 goalkeeper for the Socceroos, as at his best Redmayne is capable of playing in the Premier League. Daniel De Silva’s ball control was elite and he had one opportunity brilliantly saved by Redmayne. Ziggy Gordon didn’t stop trying.

Trials and tribulations
Credit to Sydney FC for getting the early goal through Kosta Barbarouses thanks to an exquisite assist from Rhyan Grant.

Sydney FC almost went into their shell, so to speak, after breaking the deadlock. It was almost as if their work was done and all they had to do was sit back and defend their one-goal advantage.

You have to credit the Mariners, who never stopped trying and kept the game interesting. The only reason they didn’t claim at least a point was due to the outstanding goalkeeping from Redmayne. 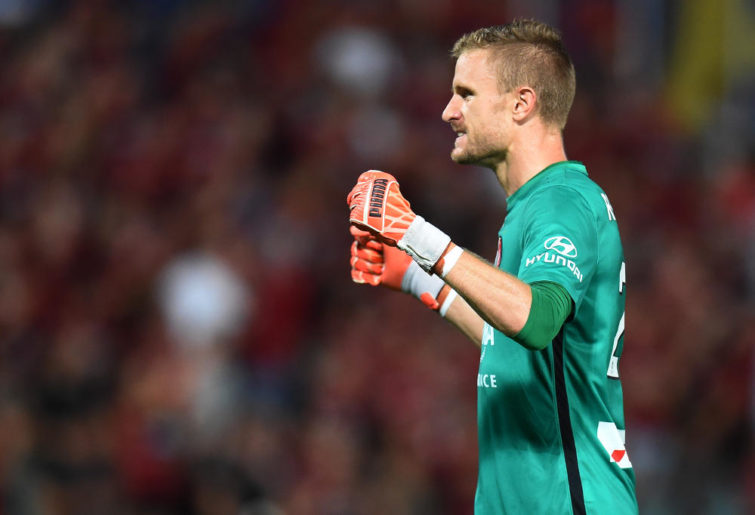 Defence is the best form of attack

Facts and figures
Perth can thank two of their defenders – import Gregory Wuethrich and Alex Grant – for winning them the match 2-0, with each getting onto the score sheet. Despite having 59.3 per cent of possession, the Wanderers had half the shots on target Perth did, with the Glory having six on target to Western Sydney’s three.

Points of difference
There was a clear difference in class between the two teams, with it appearing as though the Glory had better tactics than the visitors. The home team appeared more efficient with their ball use, and they were more clinical in the final third than the visitors.

Trials and tribulations
There was drama before kick-off for the Wanderers when goalkeeper Daniel Lopar was forced to stay in the hotel room with a virus. It was a huge loss, with Lopar arguably up there with the best goalkeepers in the A-League. Therefore Western Sydney almost lost the game before they even took to the park.

The Wanderers’ night can be summed up by a corner they should have been given but weren’t. The ball clearly touched Diego Castro as per the replay, but a Perth Glory goal kick was given.

It’s the fifth-straight loss for the Western Sydney Wanderers and their sixth match without a win. Unfortunately what that means is pressure is building on Markus Babbel. I hope it’s not, but football is a ruthless industry.

City bounce back as the Jets appear out of their depth

Facts and figures
The 4-0 scoreline was a clear indication of their dominance in the game, with the Jets not at the races. Remarkably Melbourne City finished the game with only 47 per cent of possession. There was a total of 34 shots between the two teams combined, Newcastle taking six on target, while Melbourne City scored from four of their eight on-target strikes. It was Nikolai-Topor Stanley’s and Matthew Ridenton’s 300th and 100th game respectively in the A-League.

Points of difference
There was no doubt there was a difference in class between the two teams, with Melbourne City producing arguably the best performance of any team in any game this season. Tom Glover had an outstanding game, at his best when the match was in the balance.

Who made their team better?
Adrian Luna scored in the second minute of the game and finished with a brace. Jamie Maclaren was at his best once again with a quality goal to make the score 4-0. Marcelo Cabrera played a decent game, scoring the third goal of the match.

Trials and tribulations
It was a one-sided game from start to finish as far as the scoreline was concerned, but Tom Glover was forced to make what proved to be some important saves. The Jets appeared as if they weren’t prepared to play. That was the way Melbourne City made them look in a fantastic performance by the visitors.